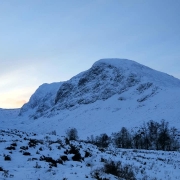 Today started off very clear and crisp, with great views right up to the summits. There was a hint of red in the sky, adding to the ambience, but you know what they say… 'red sky in the morning, winter climbers' warning'.

The snow is starting to take axes in places and this current thaw-freeze cycle will help.

The great thing about the SW Ridge is that it involves a bit of everything, including an abseil descent down into the Douglas Gap, from where we walked down the East Gully, which is full of snow.

As expected, the winds picked up on our descent and the rain started. These mini-thaws are hugely helpful in consolidating the snow and forming the ice on Ben Nevis.

Not many other teams about, but The Curtain was climbed and looked to be in good nick. 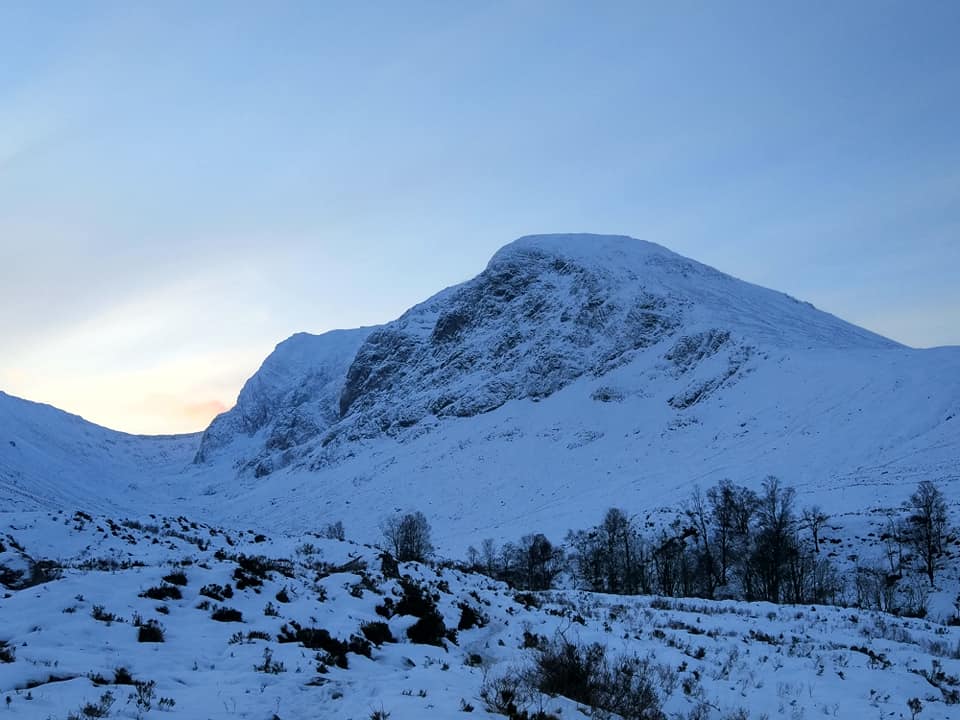 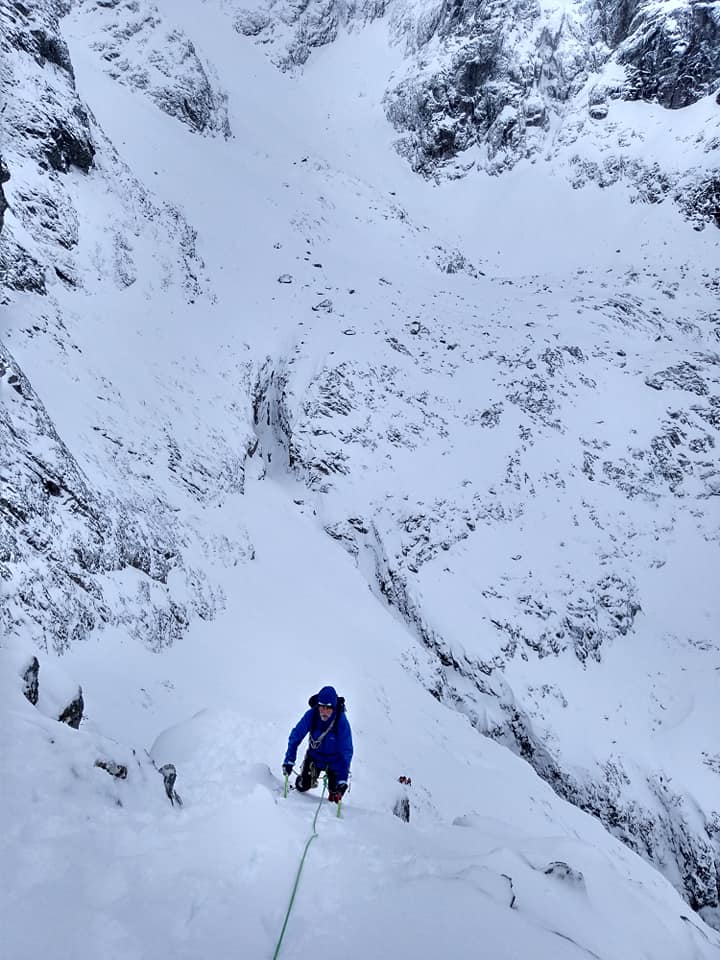 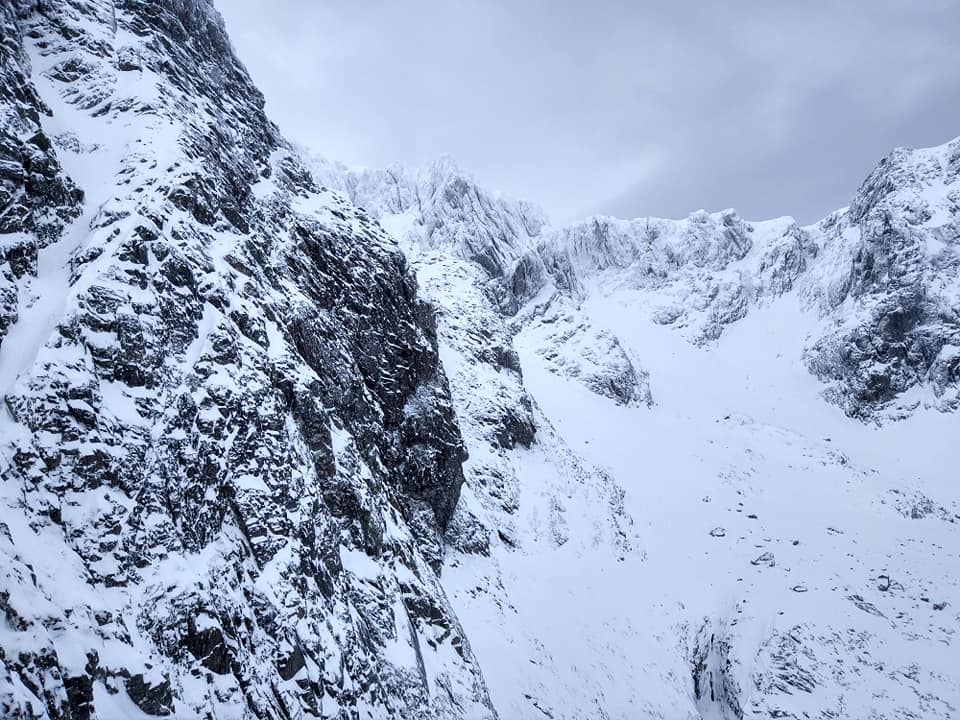