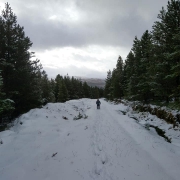 With high winds and lots of snow on the cards, Blair and I stuck with the theme of ridges and went for one that is fantastically sheltered from the strong westerly winds; The East Ridge of Beinn a'Chaorainn. It felt like a real winter wonderland as we made our approach through the forest and up to the ridge.

The ridge was in great condition, with plenty of snow and frozen turf. As we were the first on the ridge, there was a sharp crest of snow along much of the ridge, giving it a Himalayan feel.

We took in all the trickier pitches along the way and were soon on the summit and in the brunt of the wind and spindrift. The descent needs a bit of care to avoid the corniced rim of the main corrie, but we were able to make a fairly quick descent due to the amount of snow on the southern flanks and were down before the weather took a distinct turn for the worse. 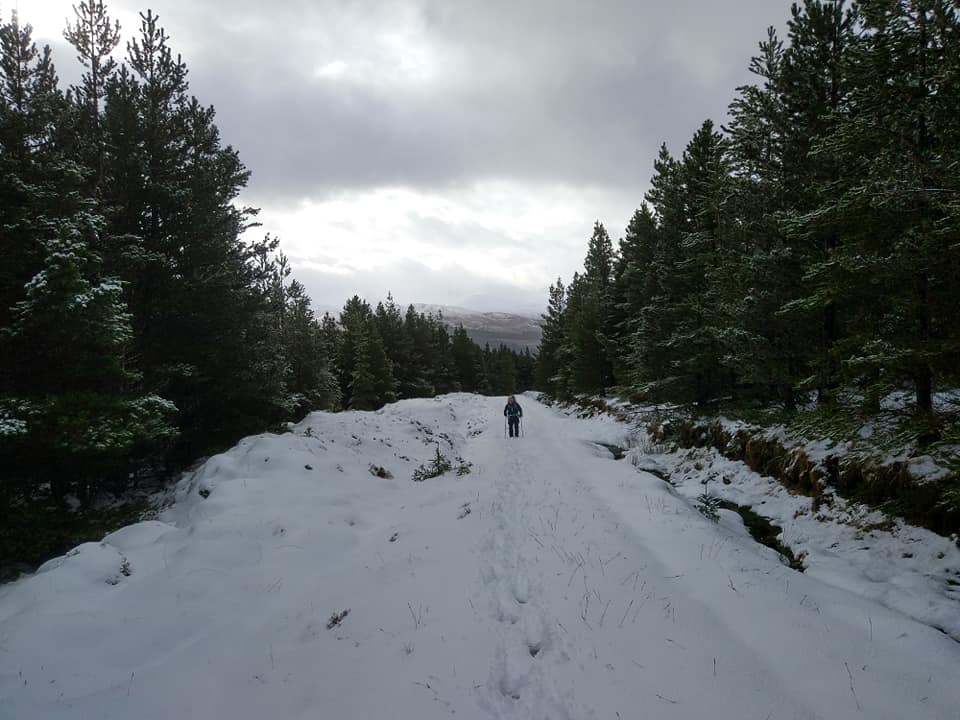 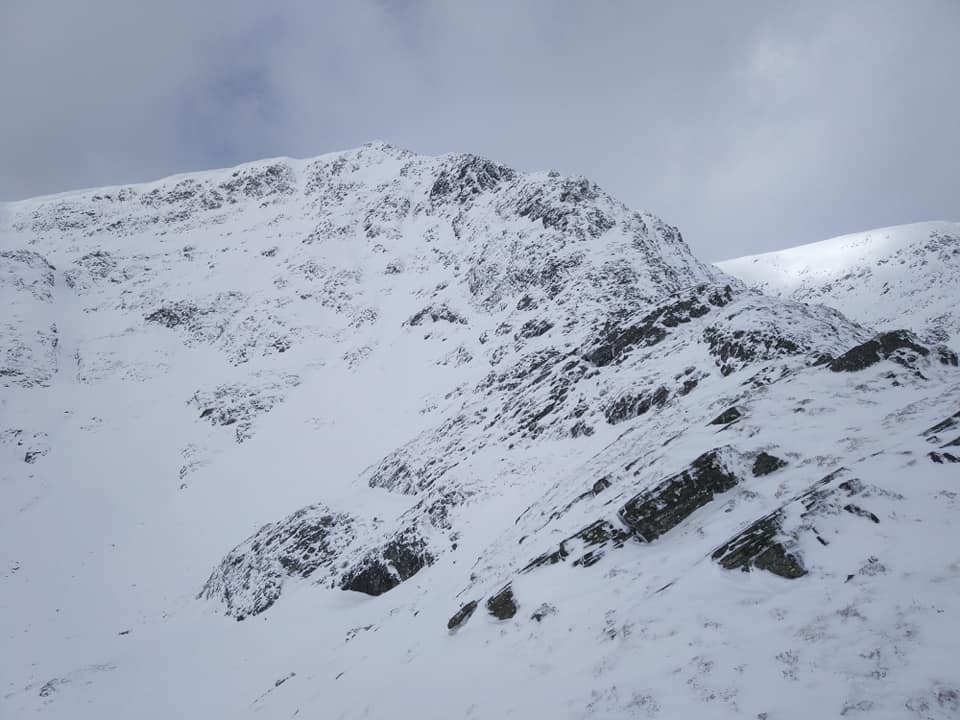 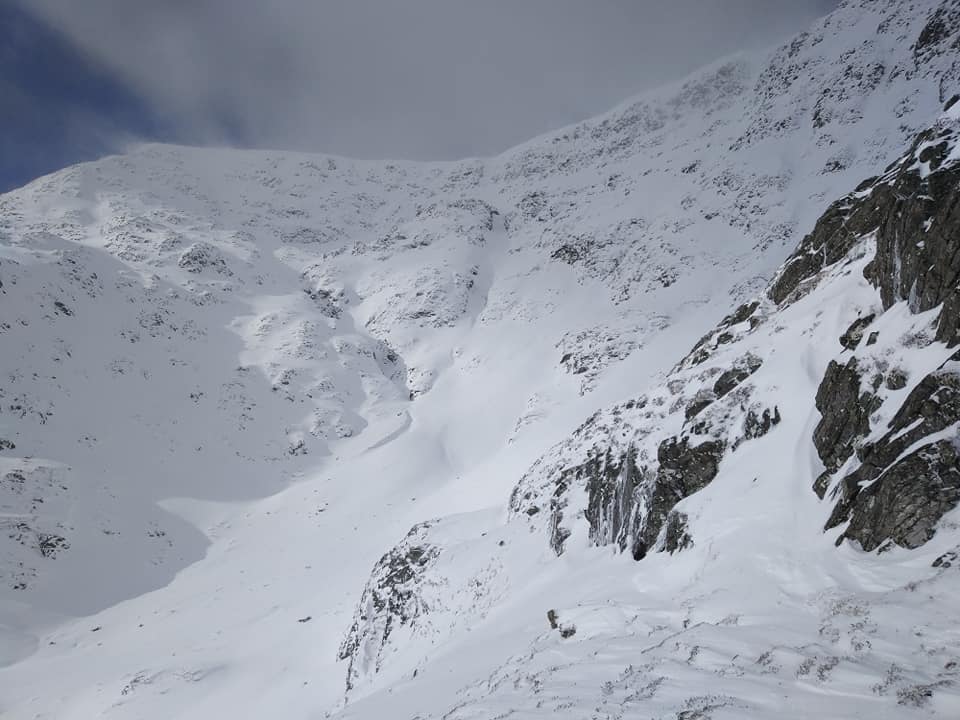 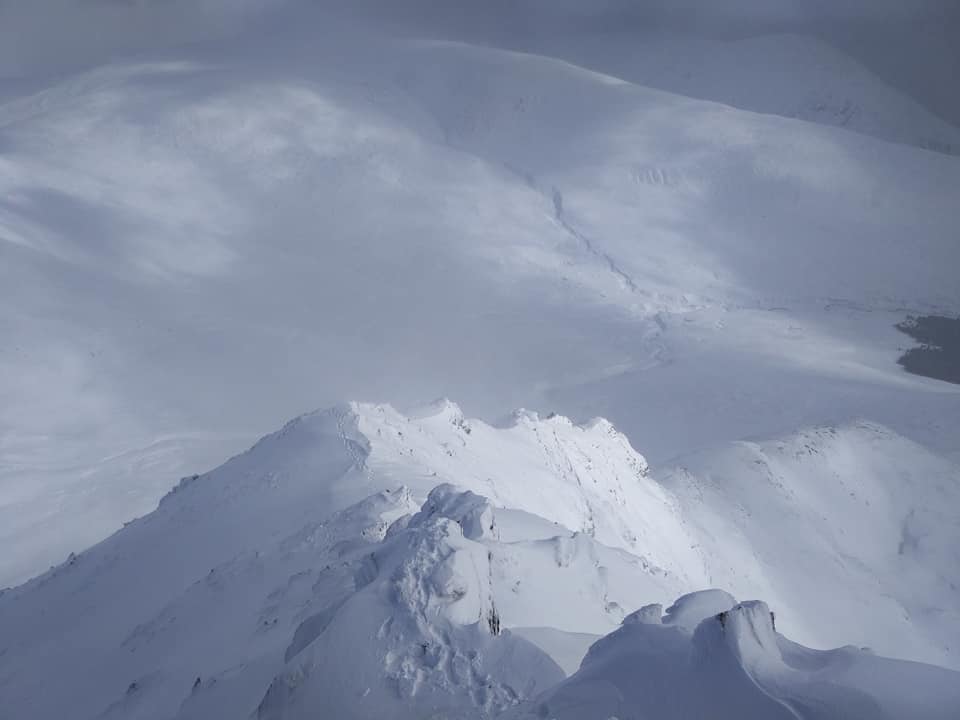 Great day in the Mamores