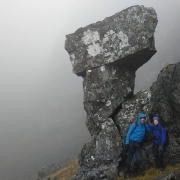 I'm forever impressed by the enthusiasm and determination of folk and today was a fine example of just that. I was out with father and son team, David and Harry, who is 12 years old and fit as the butcher's dog.

We walked in to Coire na Ciste in much heavier rain than we were expecting, but this did nothing to curb David and Harry's enthusiasm and before long, we were high on Ledge Route, well sheltered from the strong southwesterly winds.

On topping out, it was hoods up and heads down to get to the summit of the UK's highest mountain, where we were able to hunker down in the summit shelter for ten minutes, before making our way down. A huge well done to them both, but in particular, to Harry, the budding mountaineer! 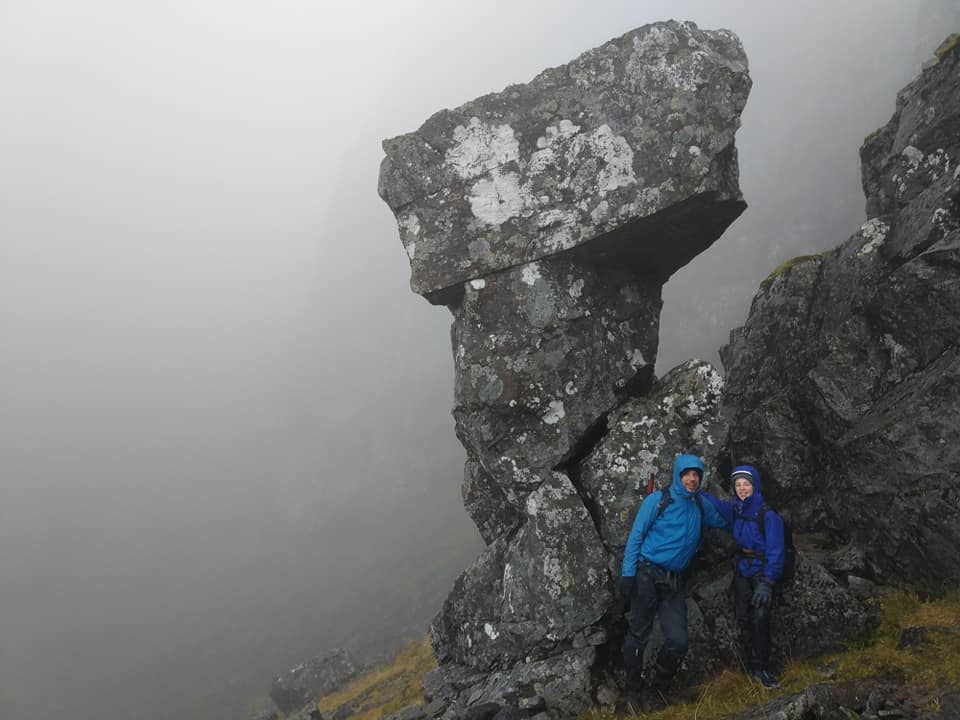 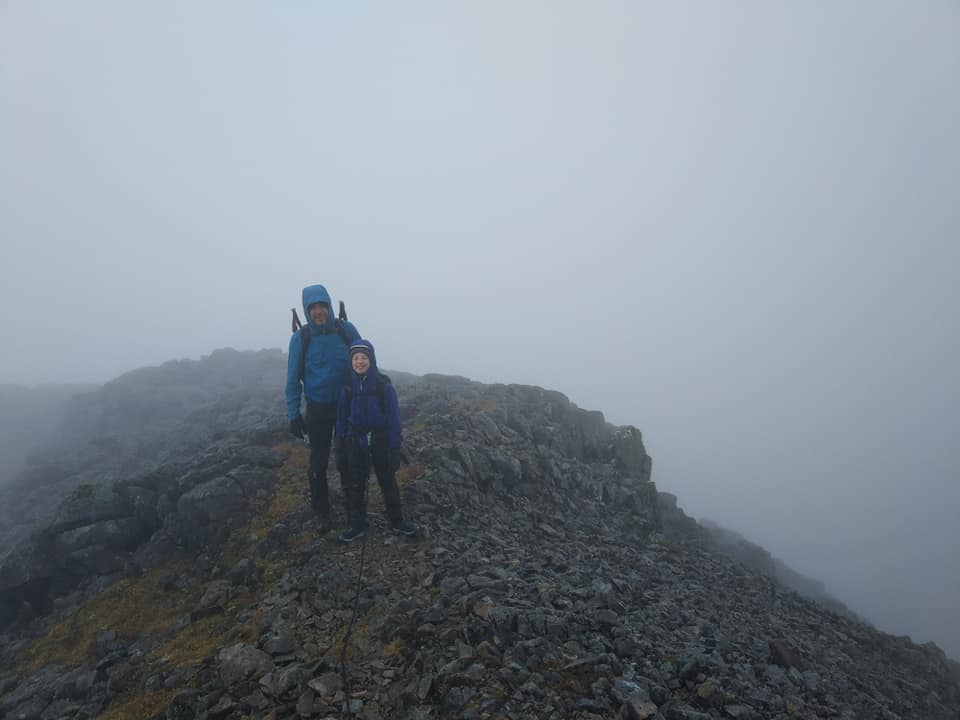 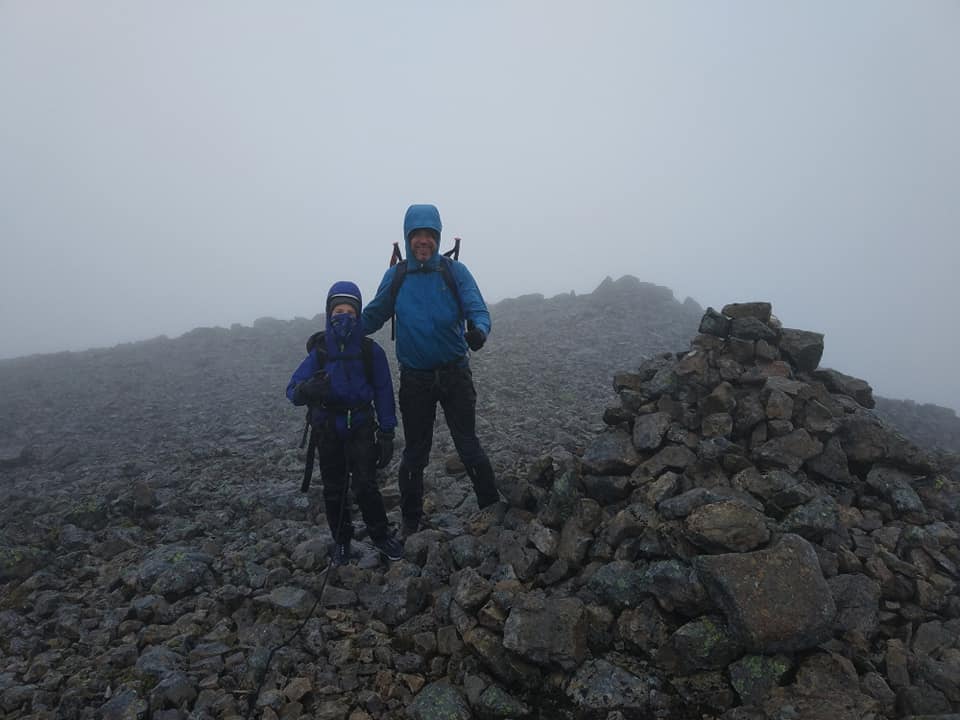 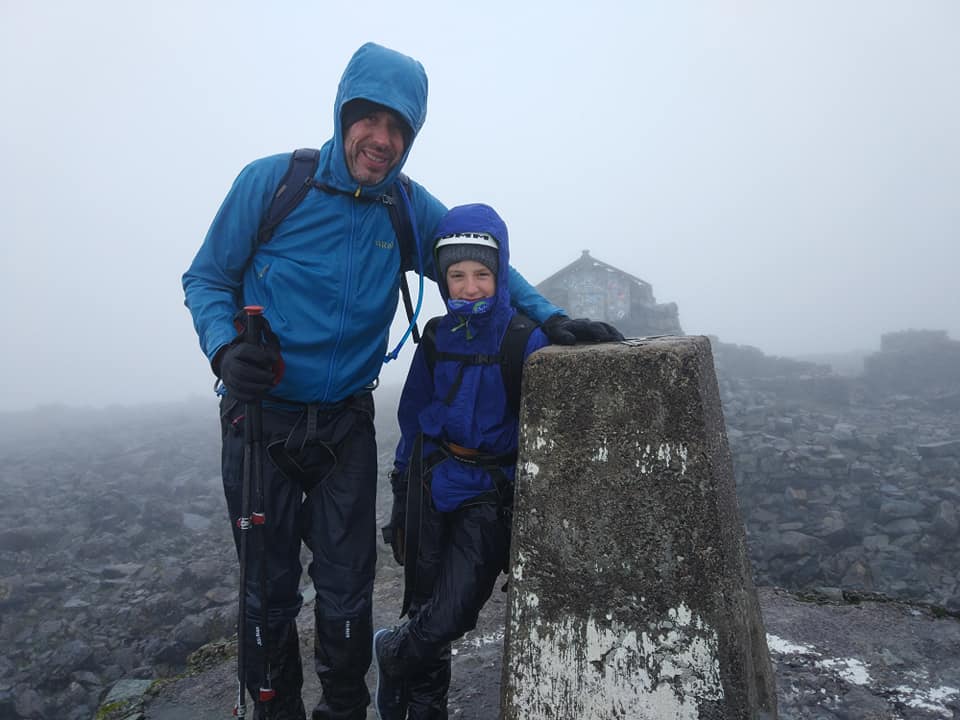 Snow on the summit of Ben Nevis!