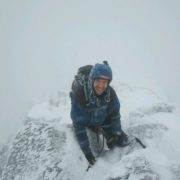 Mark and I were both back on Aonach Mor today, and whilst we were able to catch the gondola up in the morning, wind stopped play at some point this afternoon. I was out with Keith and Nick, two regulars that can’t get enough of the wild conditions that Scottish winter can throw at us. Last year, we climbed Western Rib, and so today, thinking that going high would be best to ensure frozen turf and cold conditions, and with the promise of an easterly wind (it turned out to be more southerly/south easterly), we headed for Daim Buttress, which runs parallel to Western Rib.  The turf was generally very well frozen, and with plenty of rime on the rocks, it all felt very wintry. Not a hint of the temperature inversion that some forecasts were suggesting, although the freezing level did rise slightly throughout the day. After we had complete all the technical pitches, Nick took his turn on the sharp end, and lead the final couple of pitches, with me climbing alongside, to the summit. Nice to drop out of the cloud and escape the winds on the descent! 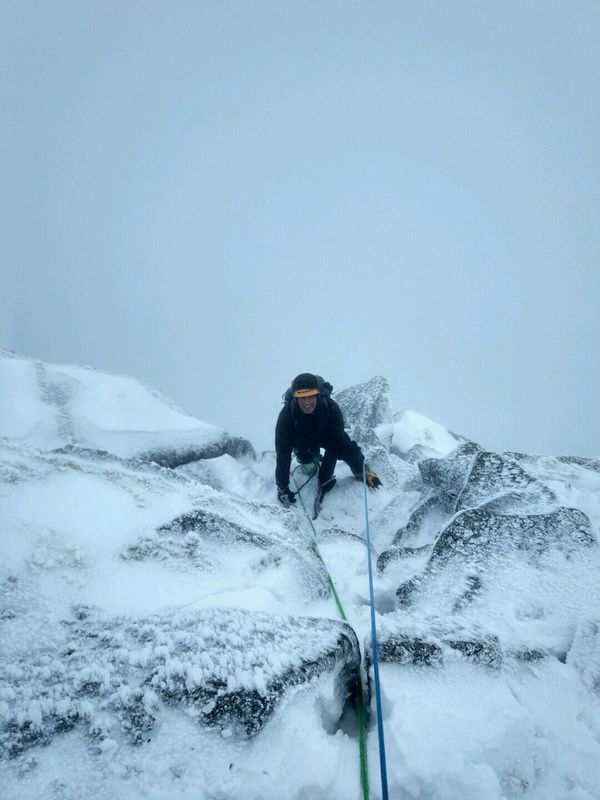 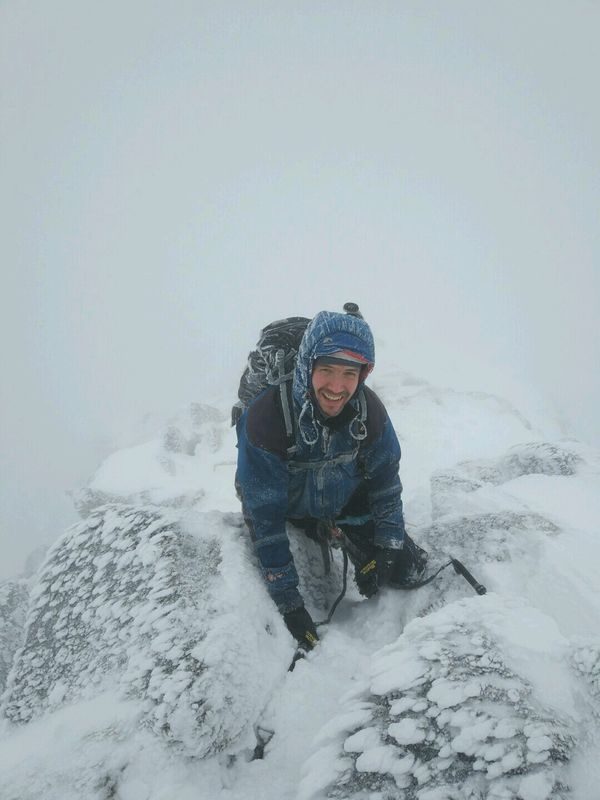 Nick on the sharp end on Daim Buttress 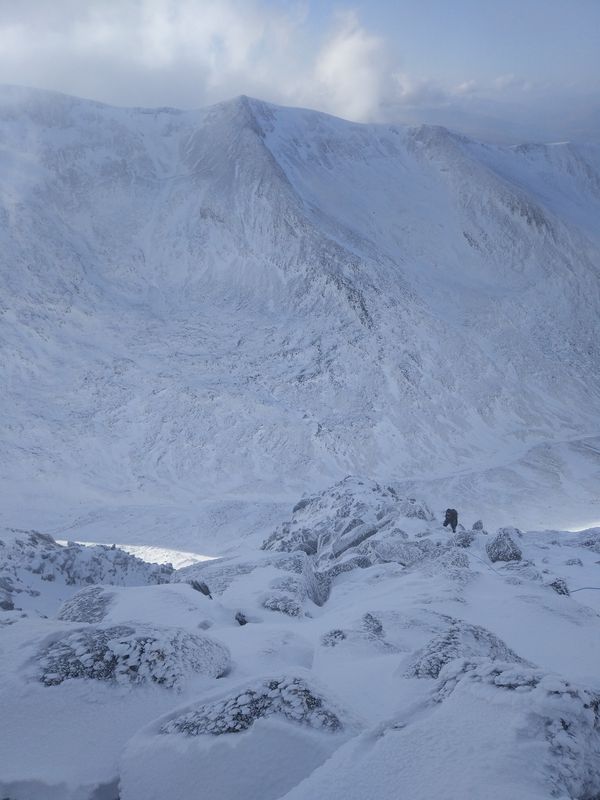 Meanwhile, Mark was on the opposite side of the mountain. He was delivering the first day of our Advanced Winter Climbing Course to Spenser (Jon, the other participant had to delay his start of the course by a day). They descended Easy Gully and enjoyed the frozen delights of Turf Walk, which they reported to be in good wintry nick. They also found their route to be quite sheltered today.

Finally, Henry was out with Ian and Anna, for an Introductory Winter Climbing Course. They spent their first day looking at some core winter skills before climbing the Dragon’s Tooth in Ballachulish. Henry said that they were reasonably well sheltered from the winds where they were today.