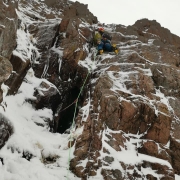 I had a day off today, but wanting to make the most of the current conditions and also wanting to explore something off the beaten track, James and I had a quick hit on the North Face of Mullach nan Coirean in the Mamores, where after a quick look at the crag, we decided on Disco Corner, a short route on the left-hand side of the crag.

The route starts up Captain Caveman, before peeling off left and continues up a series of short corners and ramps, offering some short, steep steps. Unfortunately, the snow, as many others have found over the weekend, was next to useless for axes, so a bit of care and thought was required along the way.

I think with a few more freeze-thaw cycles, the crag would be well worth a visit, but for the time being, I wouldn't rush up there in a hurry! Nice to explore somewhere new though and the views to the south and funky cloud formations helped make it all worthwhile. 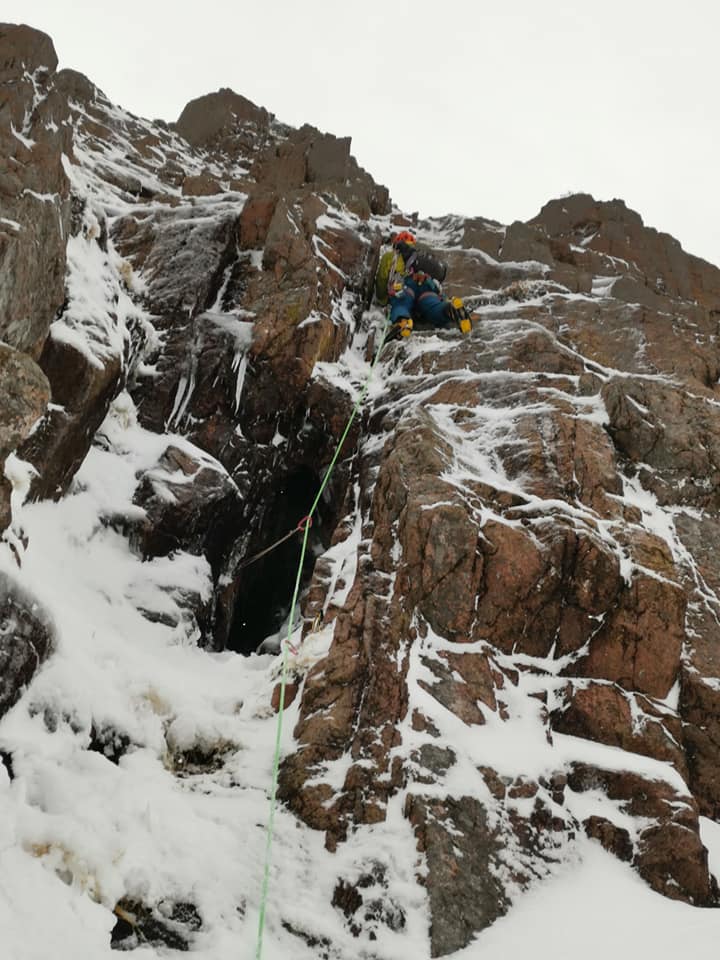 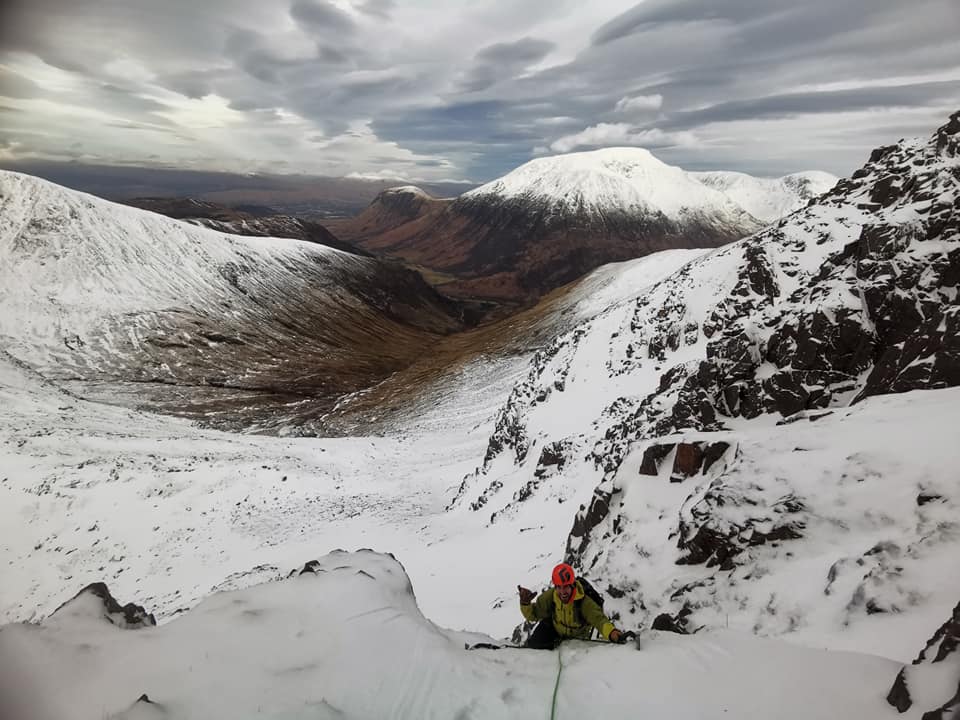 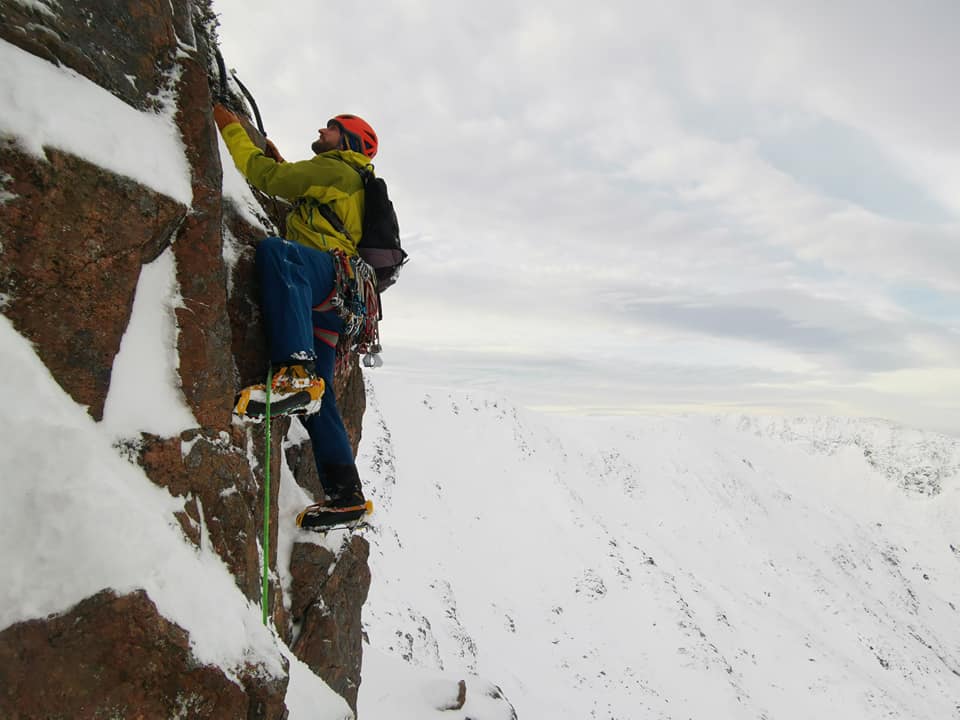 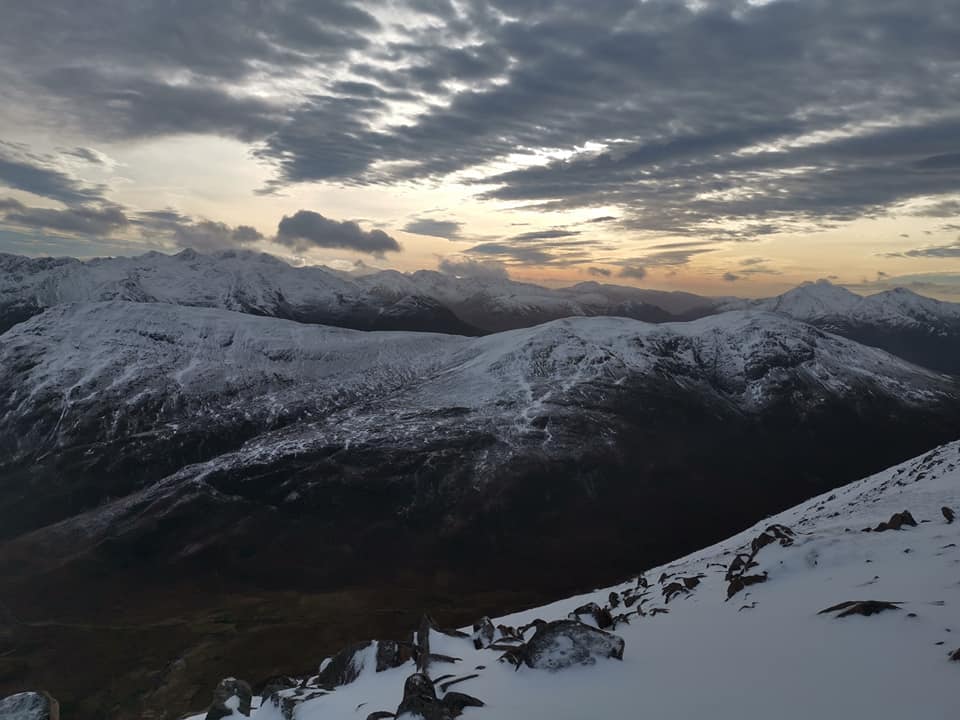 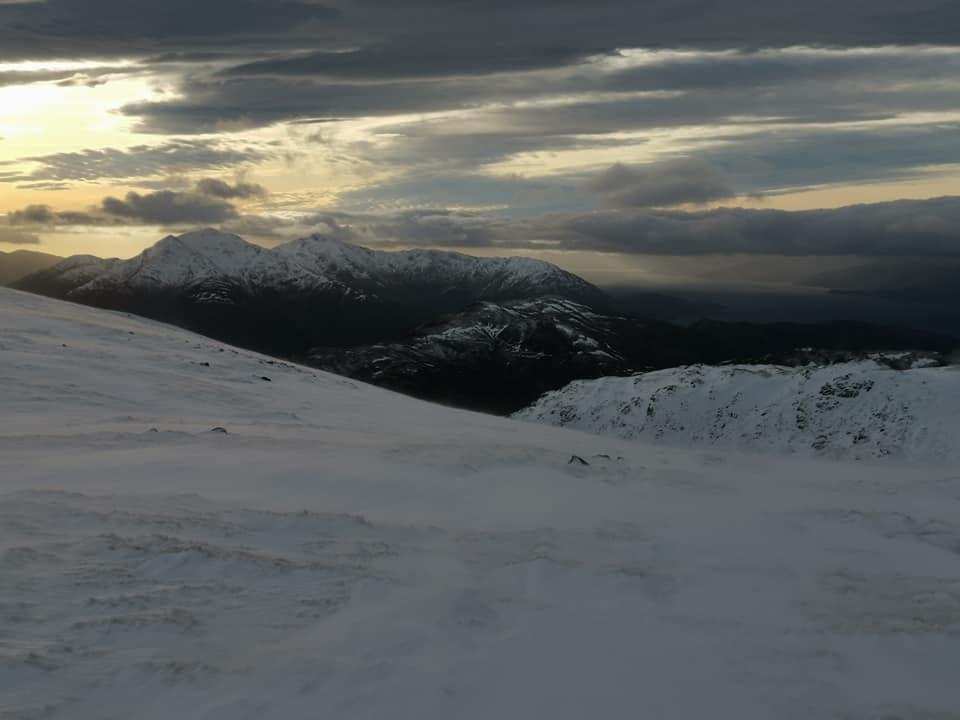 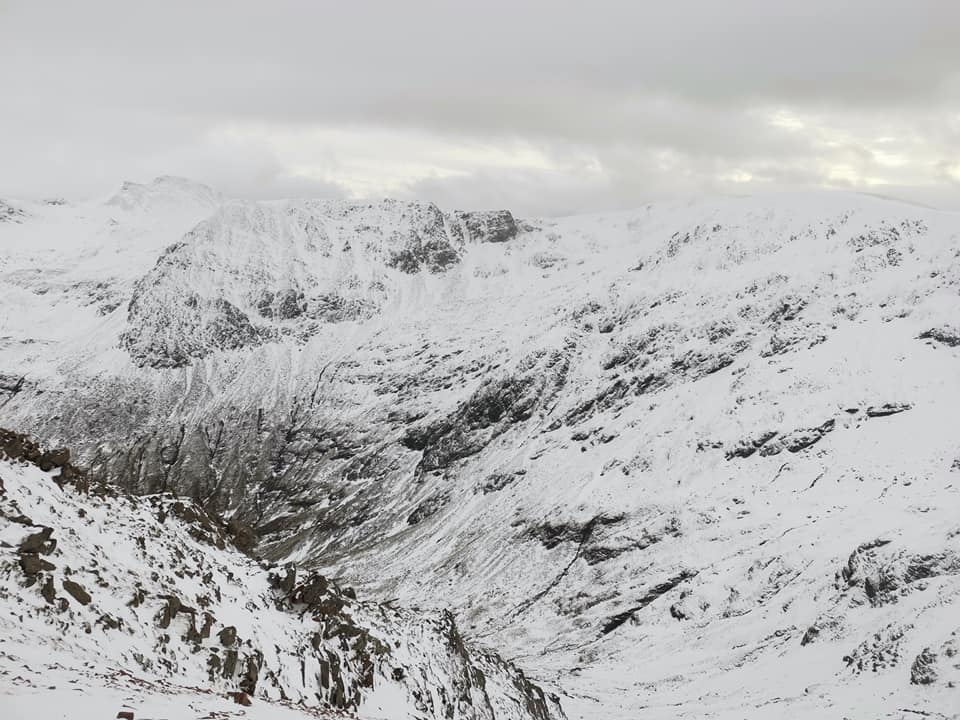 Ken was out in South Gully on Stob Ban today teaching, and wishing he had his...