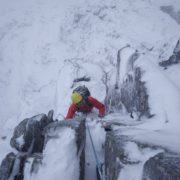 Firstly, it has been snowing fairly constantly last night and through much of today, turning the hills white above 400m.  It’s the dump of snow that we’ve definitely been missing recently. 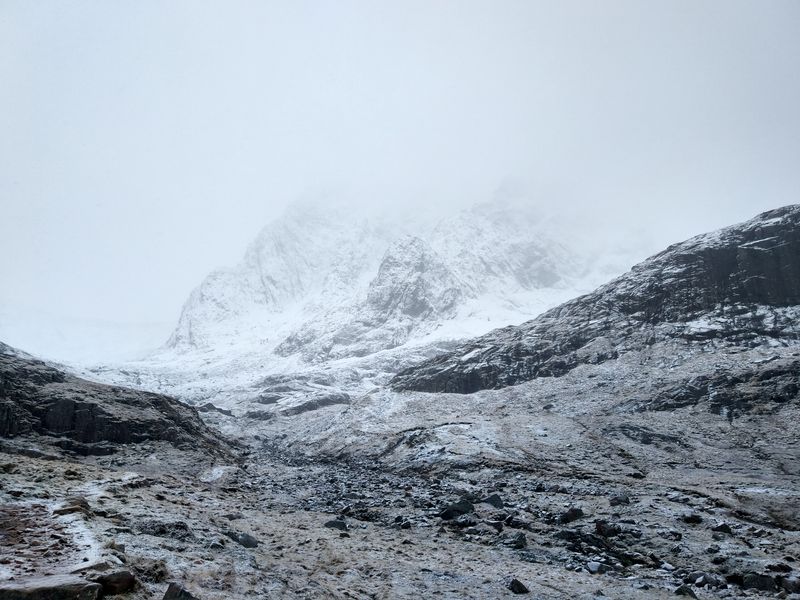 Ben Nevis looking a bit more how it should

Allan decided to have a day off, so it was just Nick and myself. As Nick hadn’t climbed Castle Ridge before, we decided that it would make for a good day.  The ridge was completely devoid of snow yesterday, but overnight, had turned into a brilliant winter mountaineering route, which Nick enjoyed.  The two main cruxes on Castle Ridge are as tricky as anything on Tower Ridge, but the ground in-between is generally a little less sustained. That said, there are plenty of tricky little steps throughout the ridge, and it maintains interest throughout. Steve was behind us for most of the day with his client. Other than that, we didn’t see anybody on the mountain all day, although I think that a number of teams went into Coire na Ciste. 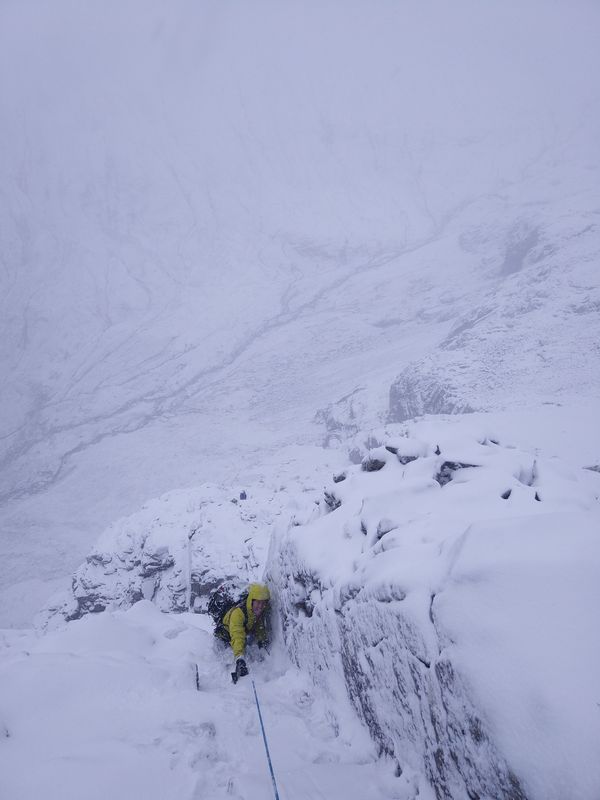 Nick above the first tricky step on Castle Ridge 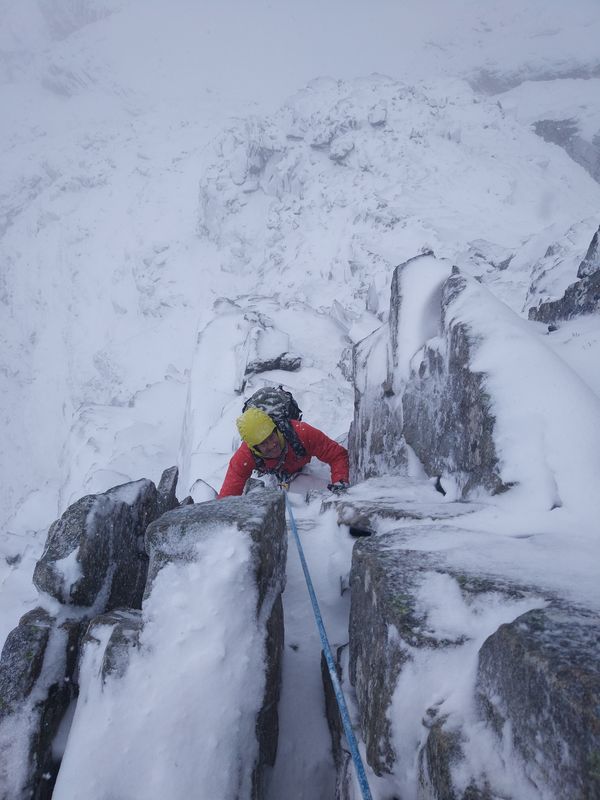 Nick on the crux of Castle Ridge

We chose not to hang around at the top, and made a fairly direct descent down the NW flanks of Carn Dearg. This is a quick, if a little awkward, route down, and certainly a bit easier with a bit of snow cover, as it had today.

Meanwhile, just around the corner, Max was also out for us today. He was out on Ledge Route with Stephen and Jardine. They are looking to build up their winter climbing experience with the aim of climbing Tower Ridge in the future.