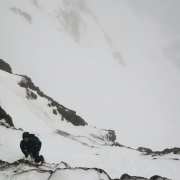 I was back on Ben Nevis today, this time with Neil and James and we climbed No. 3 Gully Buttress, which despite the thaw, was holding on to snow and ice quite well. The first pitch still has a short step of ice, just watch out for the bergshrund at the foot of it.

The freezing level was at about 1100m and the rocks from the base of the route upwards were covered with verglas and starting to rime up towards the top. The snow on the route was also firming up quite quickly. The crux and subsequent steps are quite bare in places, but well frozen and this will change as we see snow coming through early tomorrow morning.

We descended No. 4 Gully, which was still quite friendly, although, again, starting to firm up towards the top. Plenty of other teams heading up to No. 2 Gully. The first pitch of Green Gully has gone, but should reform fairly quickly and I think that routes like Thomson's and the Central Gullies on Creag Coire na Ciste will also come back in fairly quickly. 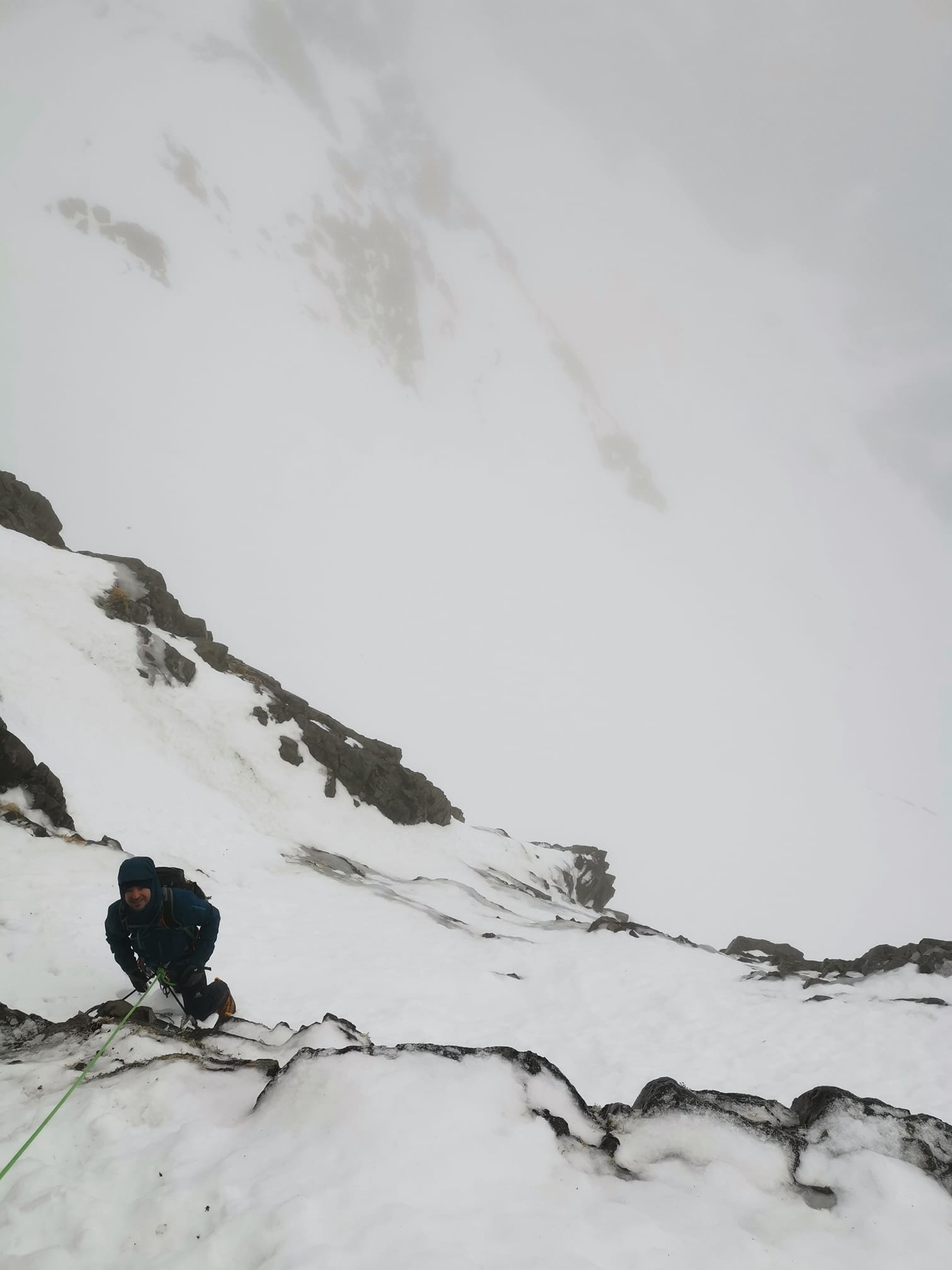 Still quite a bit of snow on North East Buttress, Ben Nevis