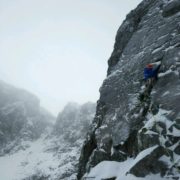 With the recent cold weather and sprinkle of snow, Andy, Steve and I went up Ben Nevis for a poke about. We’ve had a little less snow than other regions of the Highlands over the past 24 hours, but there was certainly enough on Ben Nevis today for it to feel quite wintry, and to give an awkward layer of soft snow lying over the scree and rocks in Coire na Ciste.  We decided to have a look at Slab Climb, which none of us had climbed before and found conditions to be quite good (it doesn’t take much more than a dusting of snow and cold conditions to freeze the turf and chockstones in place).

The entry pitch can be tackled in a number of ways, depending on conditions, but as the ice fall which can sometimes form was nowhere close, Andy picked his way up stepped yet compact rock to the right, followed by a leftwards traverse to the base of the main slab. Here, Steve jumped on the sharp end, and made steady progress up the vertical crack, which splits the slab. Whilst never hard, the pitch is quite sustained, but fortunately sports reasonable gear and hooks, if a bit rattly in places. I then led the final pitch, a continuation up the slab, which wasn’t quite as steep as the previous pitch, until the short sharp chinmey, which whilst not blessed with gear, is the perfect width for wedging your shoulders into, and felt quite secure. A couple of short steps saw me at the top in-situ belay, and after bringing the other two up, we all abseiled off, back down to our packs.

Plenty of snow fell throughout the day, down to sea level, so it’s looking very snowy up there now. Progress around the mountain will be a bit awkward for a while, but we shouldn’t complain, it’s definitely winter up there, and looks to be with us for the foreseeable future!

If anyone is looking for some early season private guiding, please get in touch. Conditions are looking great from now and into early December! 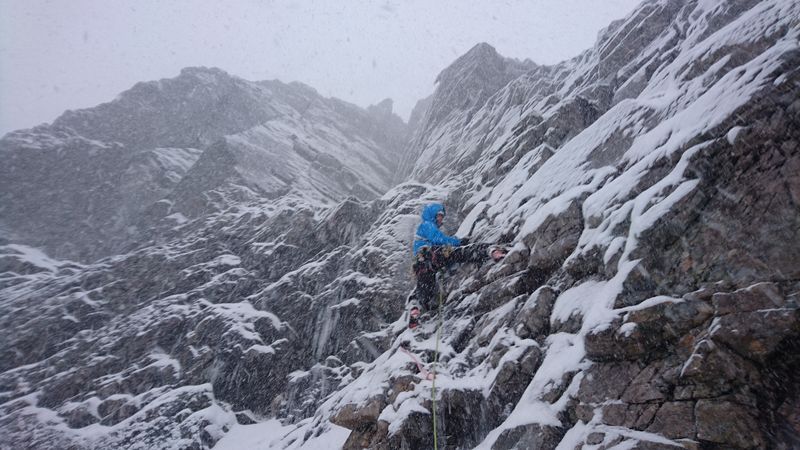 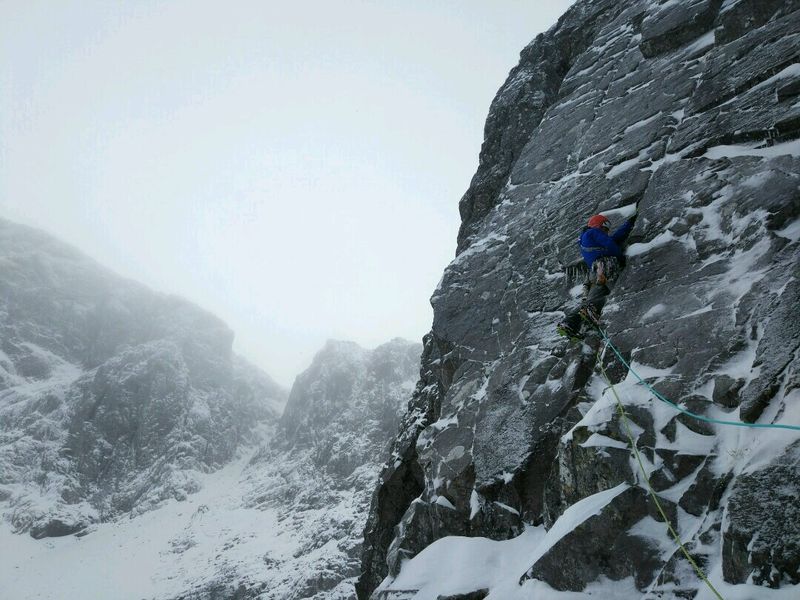 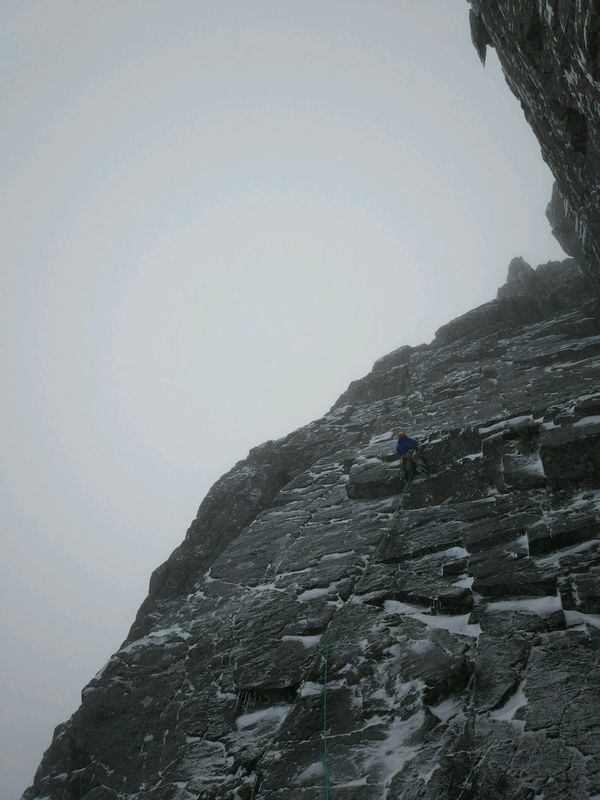 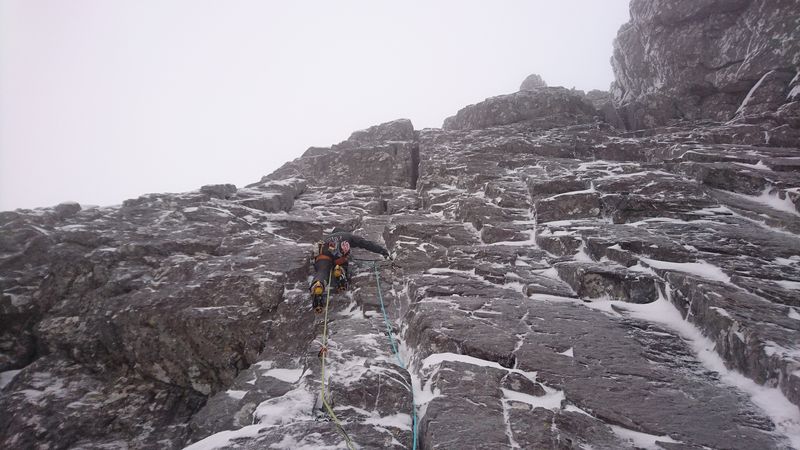 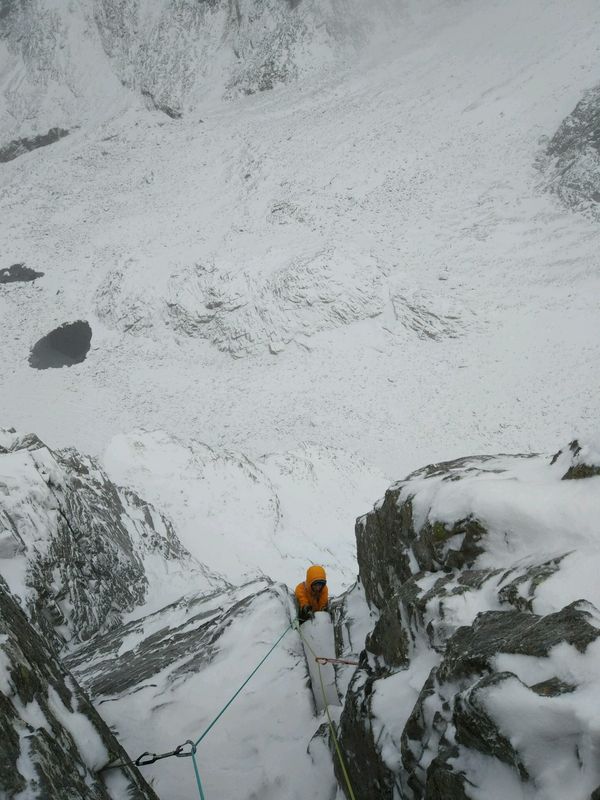