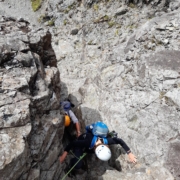 The other week Dave was out with Steve and Janet for 4 days during some of the best weather you can get in the Cuillin. Neither Steve and Janet had been to the Cuillin or done many Scottish Hills, but they’re keen hikers and very fit, this combined with the great weather meant they achieved their objective of all 11 Munros in 4 days.

Day 1 the team opted for the Southern three, Sgurr nan Eag, Sgurr Dubh Mor and Sgurr Alisdair. Being one of the longer days on the Cuillin it gives the guide a great idea of fitness levels and expectations for the week ahead. Steve and Janet made swift work reaching the first summit in under 3 hours, they moved quickly over the scrambling to Dubh Mor and then on to Alisdair, we saw no one all day until Alisdair.

Day 2 after a successful first day the team headed to Coire Lagan to ascend the An Stac Screes and Summit Sgurr Mhic Choinnich in amazing dry conditions, a quick walk up to the In Pin and they arrived as one team was climbing and no teams were waiting, perfect! After a brilliant ascent of the Pinnacle the team finished the day with a third Munro Sgurr Bannachdich.

Day 3 6 Munros in the bag 5 to go and the team headed for the Northern 3. The team made very quick work of Sgurr nan Gillean enjoying the climb around the pinnacles and climb through the window. A short while later they were stood on top of Am Bastier and a quick chat about route options and the team were keen to go via the Tooth and Abseil Kings Cave Chimney. A short walk for the Chimney and the team were on Bruach na Frith and their 9th Cuillin Munro.

Day 4 and the team headed for the central 2 via An Dorus, despite 4 days on the hill fitness levels were good and they made it down with time to go to the Oyster Shed in Carbost.
This is a very busy summer but we do have 1 space currently on our Guided traverse of The Aonach Eagach on 31st July 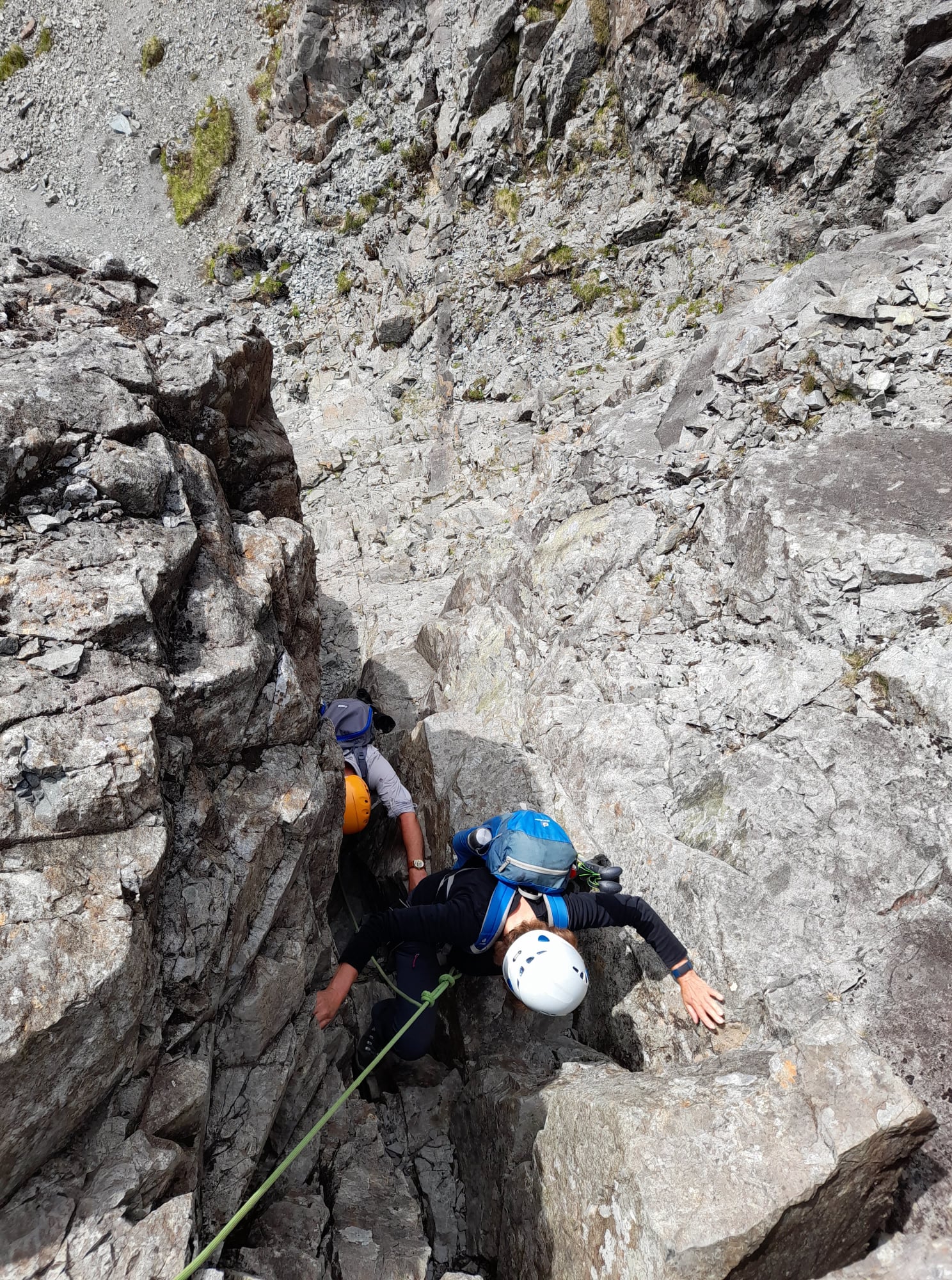 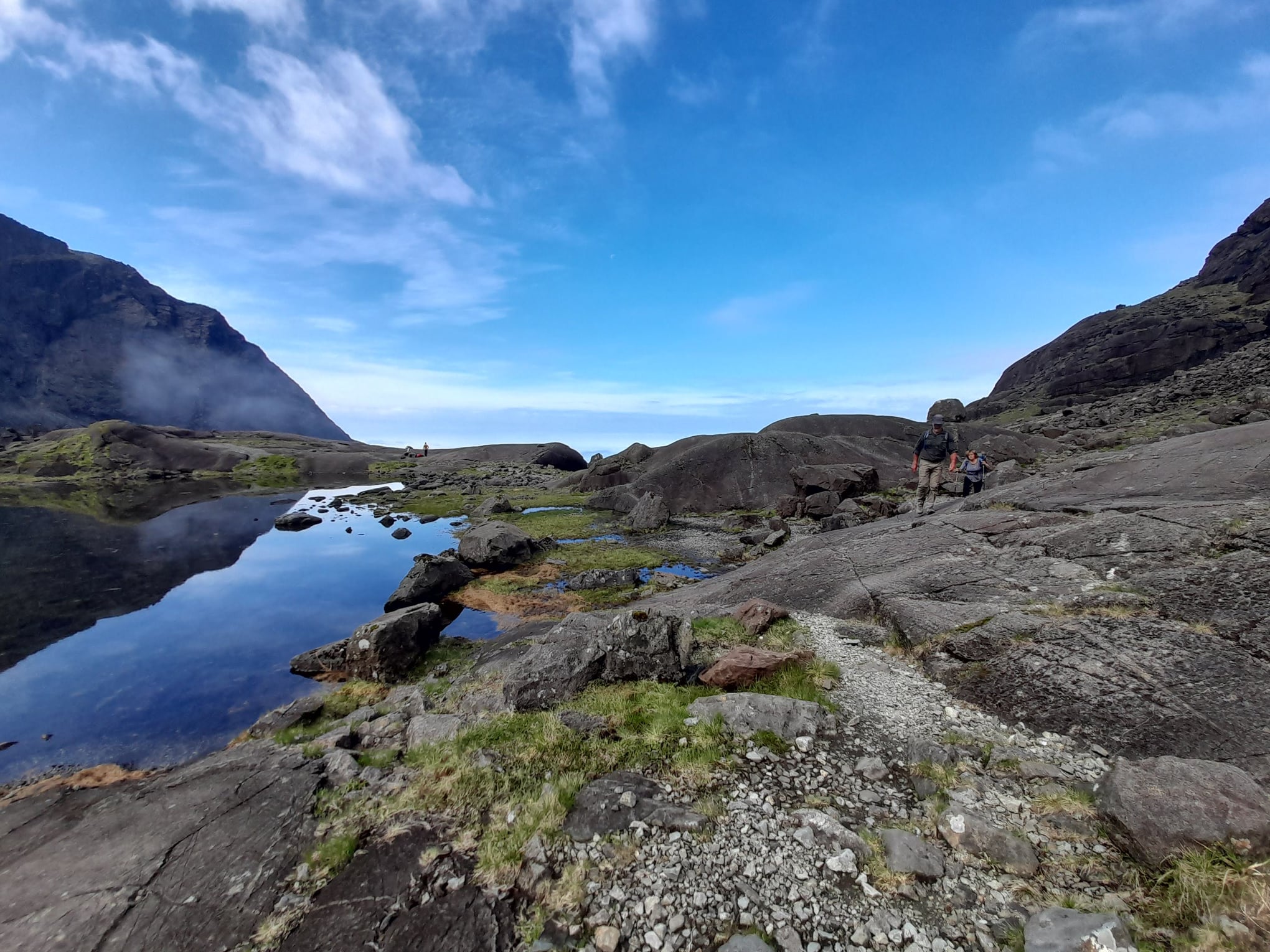 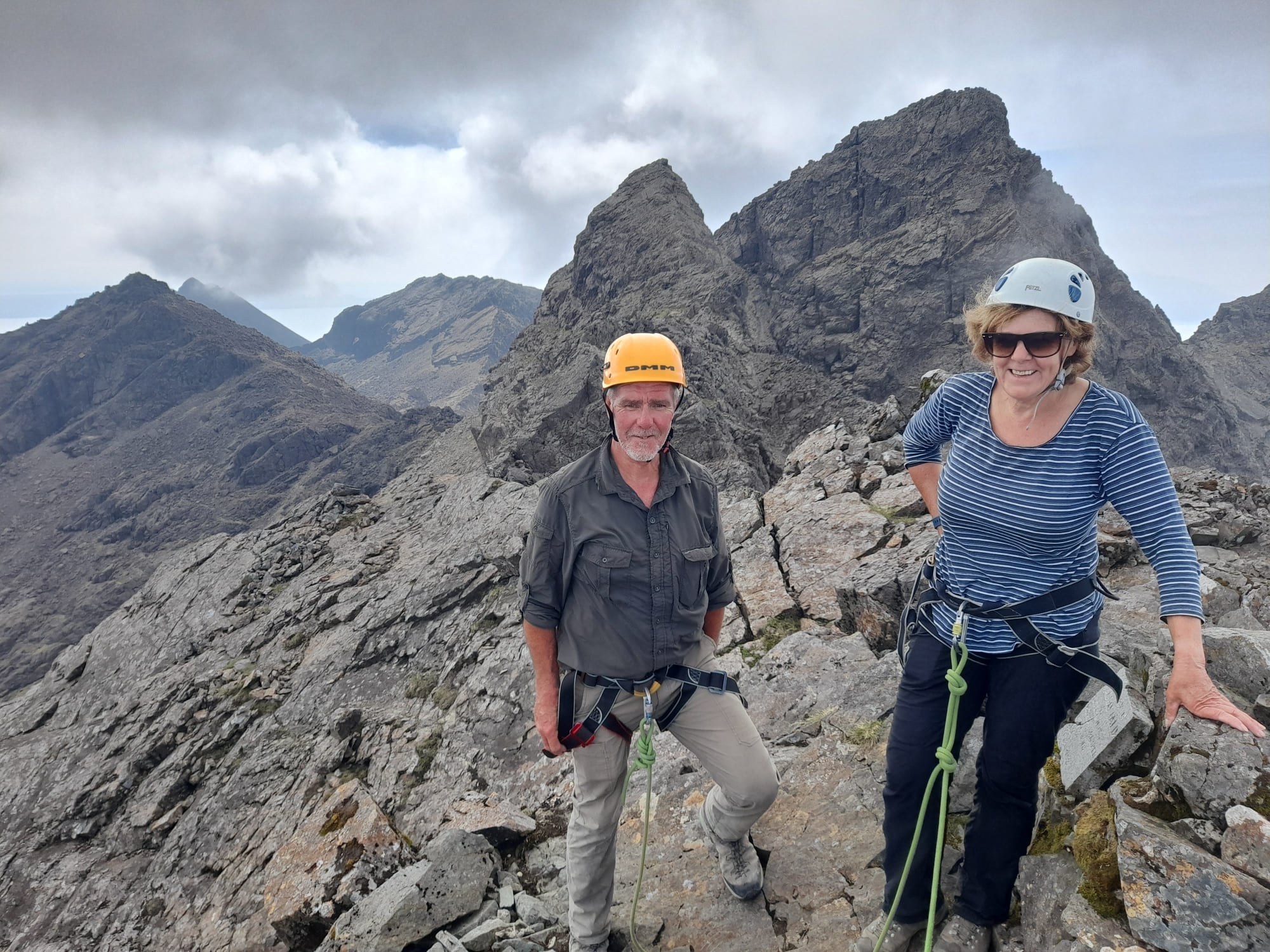 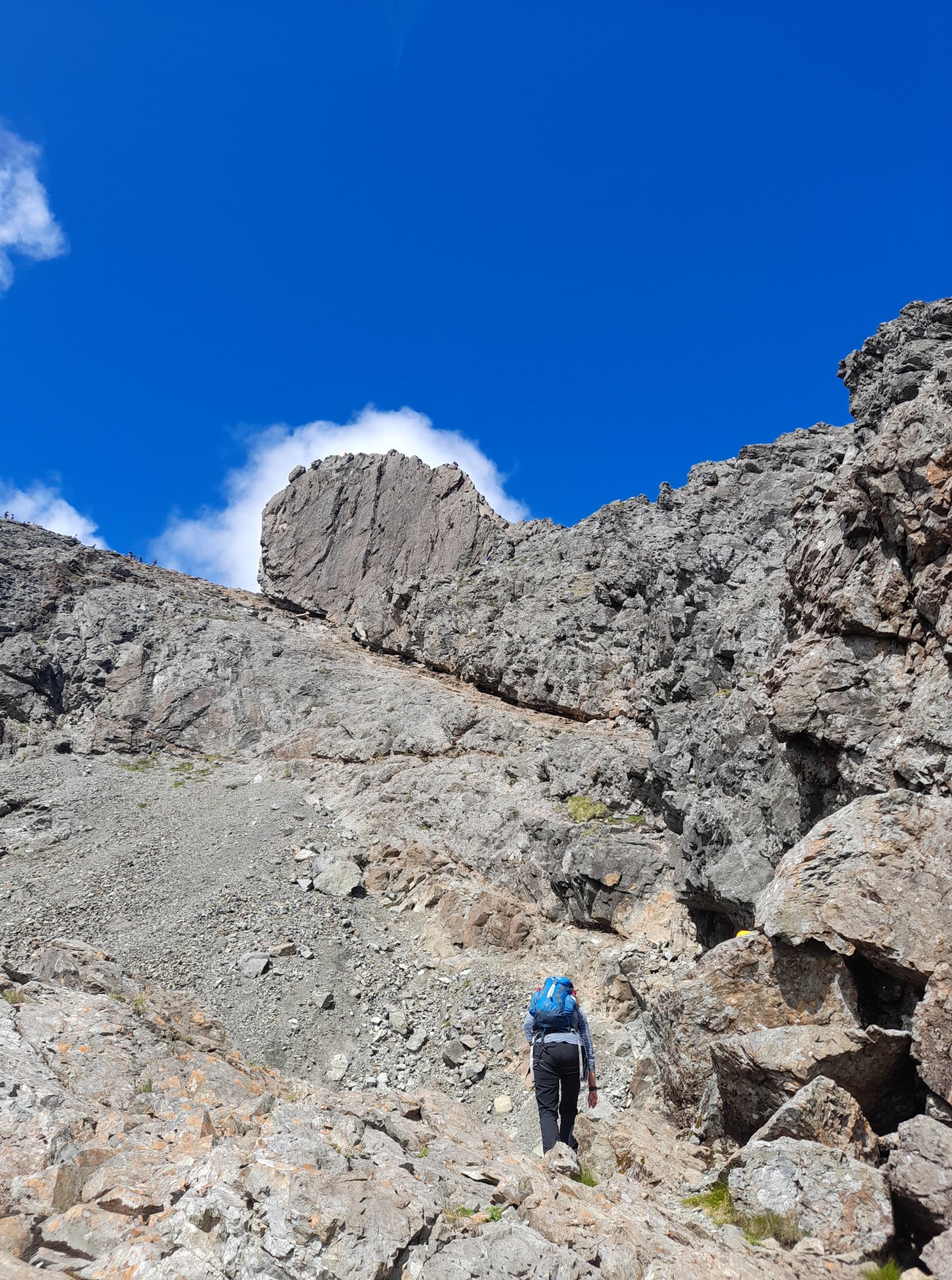 Changeable conditions on the Cuillin.