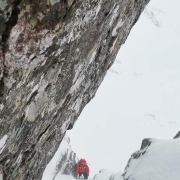 We're back up at the CIC Hut for the week, running our second and final hut based climbing course of the season. With a deteriorating forecast, we made an early start and climbed Minus 3 Gully, which after the milder temperatures of yesterday, had refrozen well through the night. As we were abseiling down Slingsby's Chimney, the winds picked up a notch.

I then took Phil and Shaun round to Gutless, which was well sheltered from the increasing winds. The route was mostly well frozen, but some of the snow-ice on the upper groove was a bit crusty and took a bit of care. The vegetation was still rock hard. 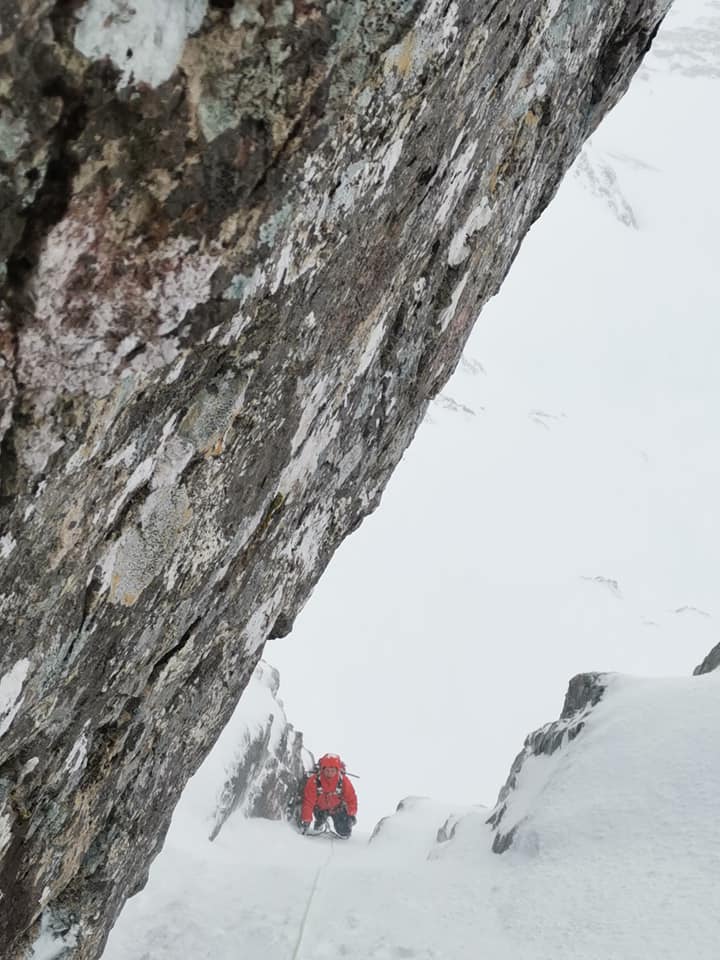 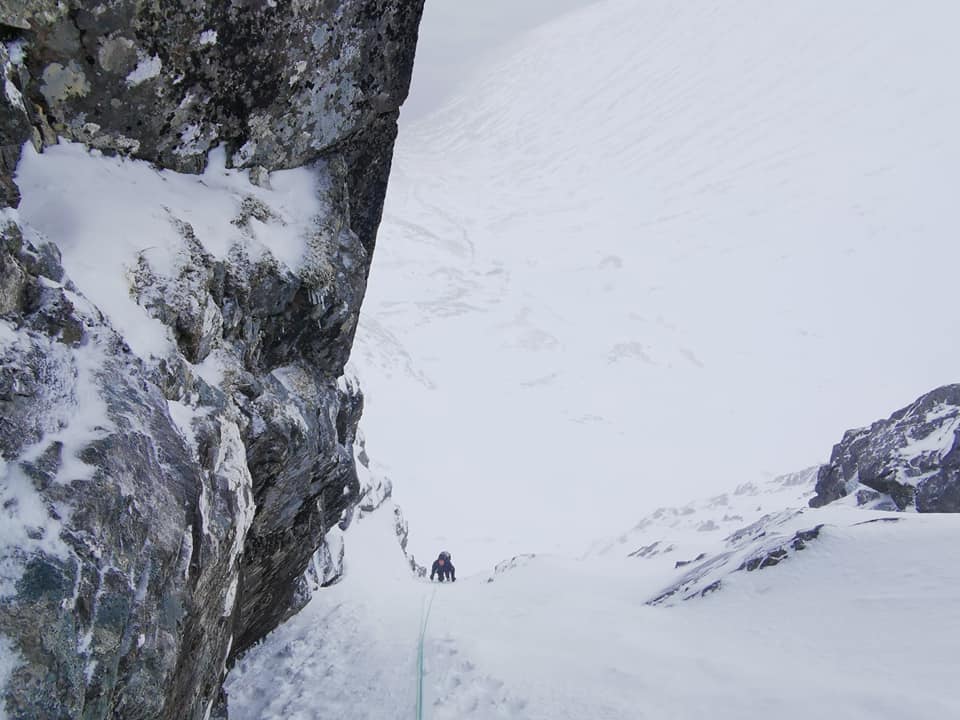 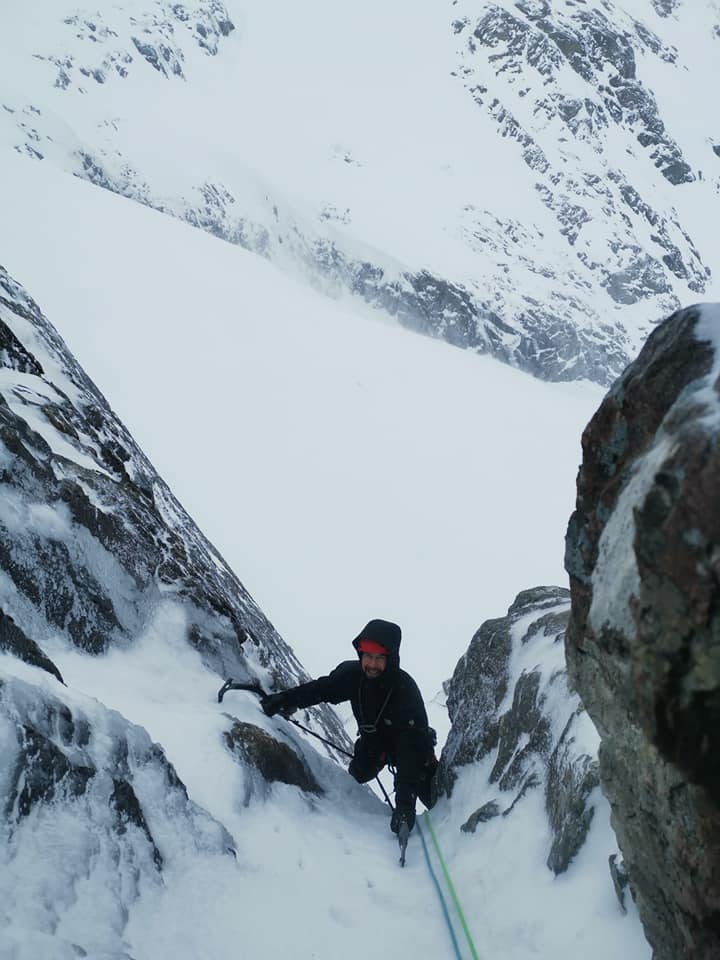 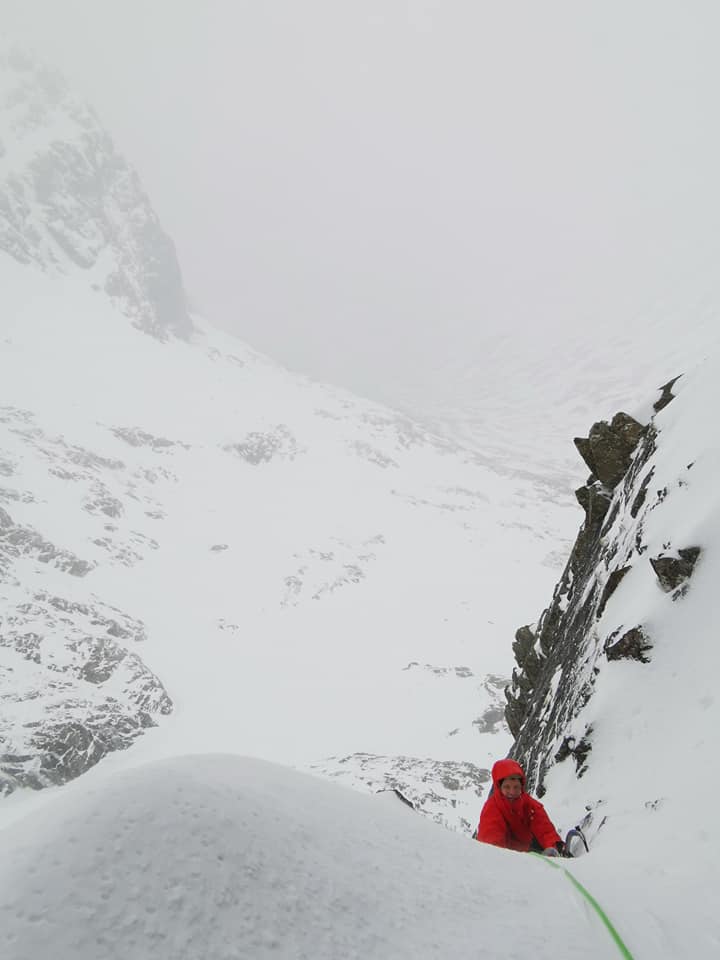 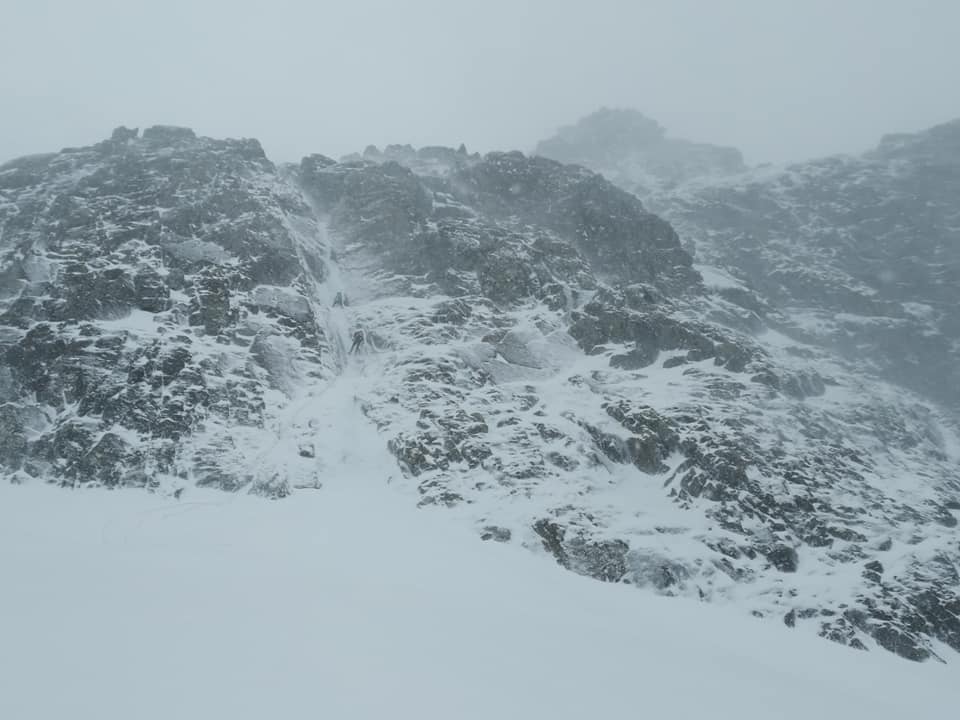