Ken: After a week of rock climbing, mainly on lesser-traveled routes in Glen Nevis and at Dirc Mhor, it was back to winter climbing today. Roddy and I climbed Green Gully, which is mostly in excellent condition, with solid ice, which gave first-time placements for axes. A bit of care was required at the steepening on pitch 4, which was quite brittle and prone to breaking off in alarmingly large chunks.

Plenty of routes looking good, although there are still sizable cornices guarding the tops of a number of routes.

We descended the Red Burn, which was full of rock-hard snow for much of the way down. Definitely not a place to be without an axe and crampons. 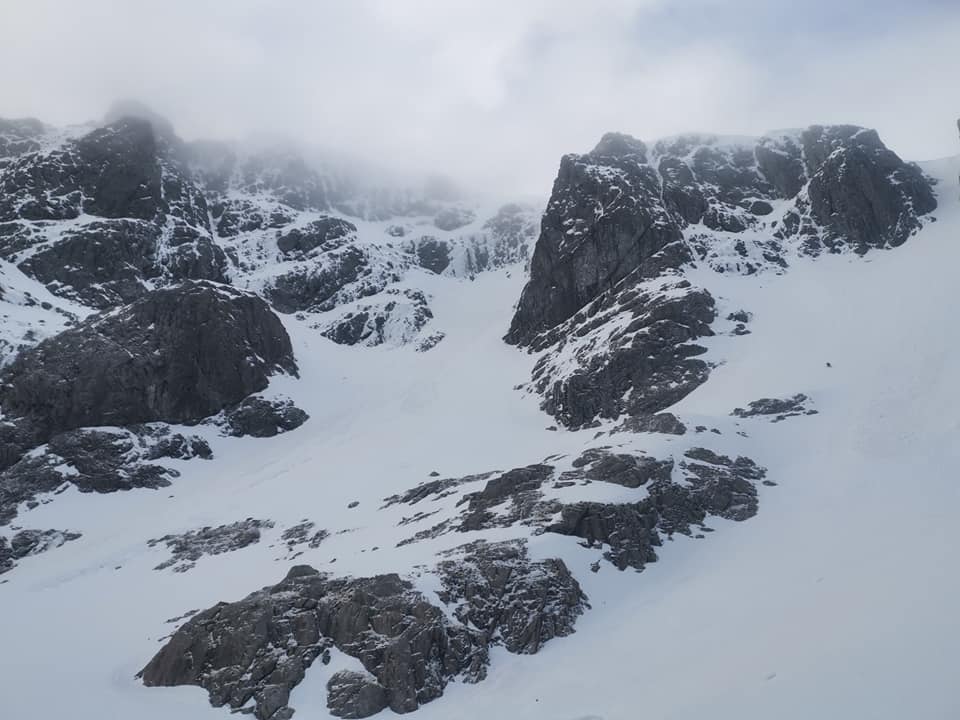 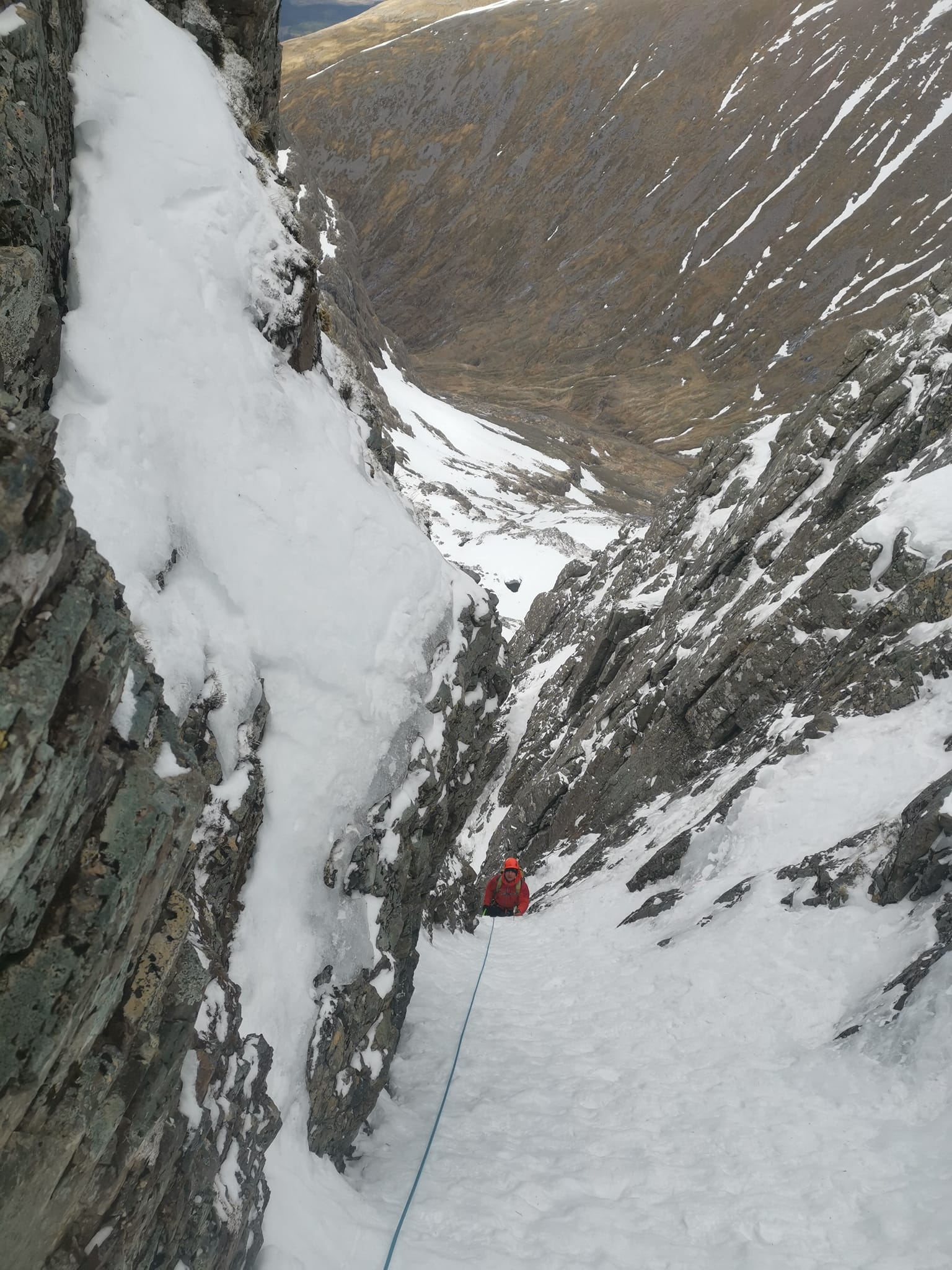 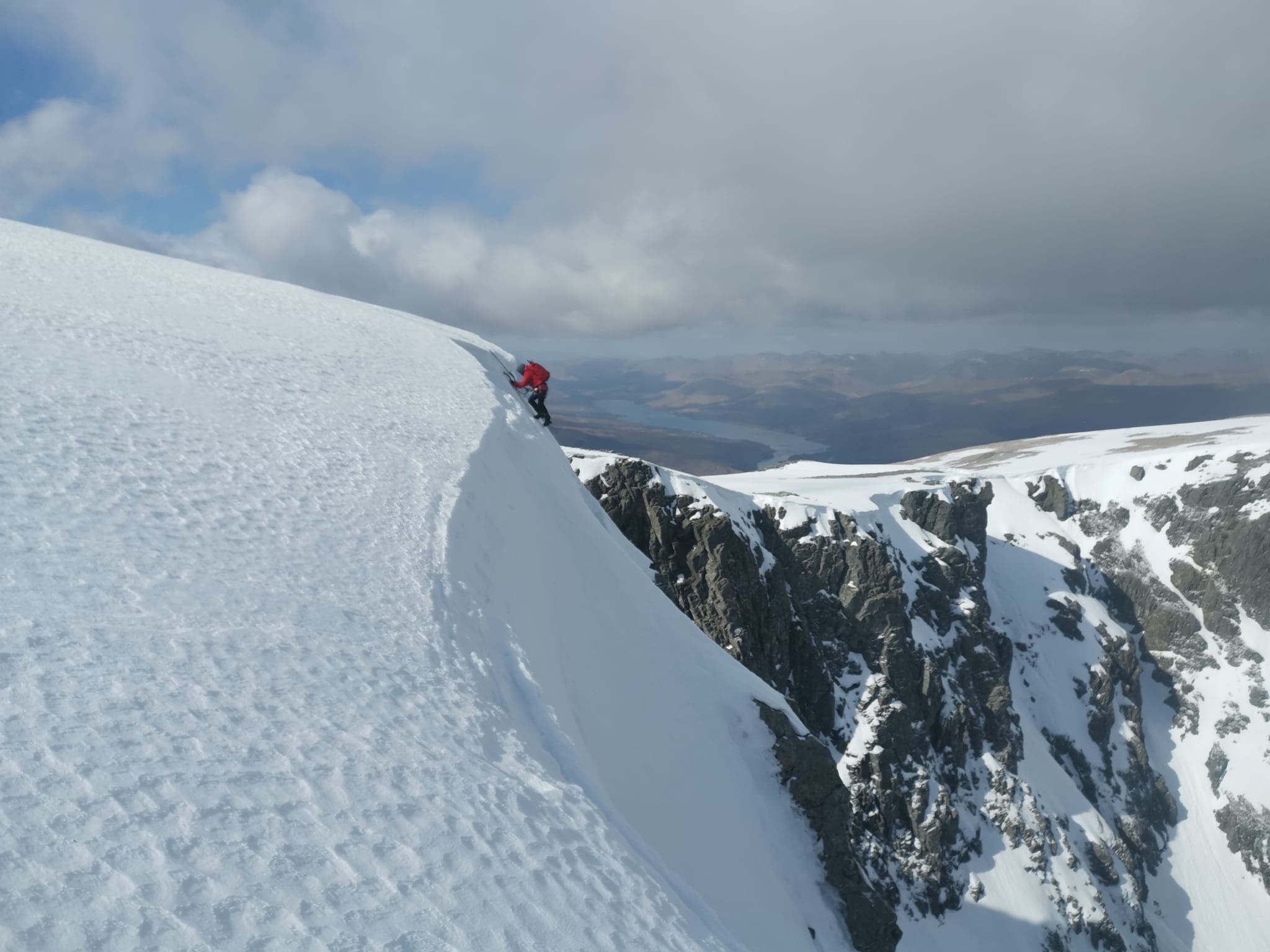 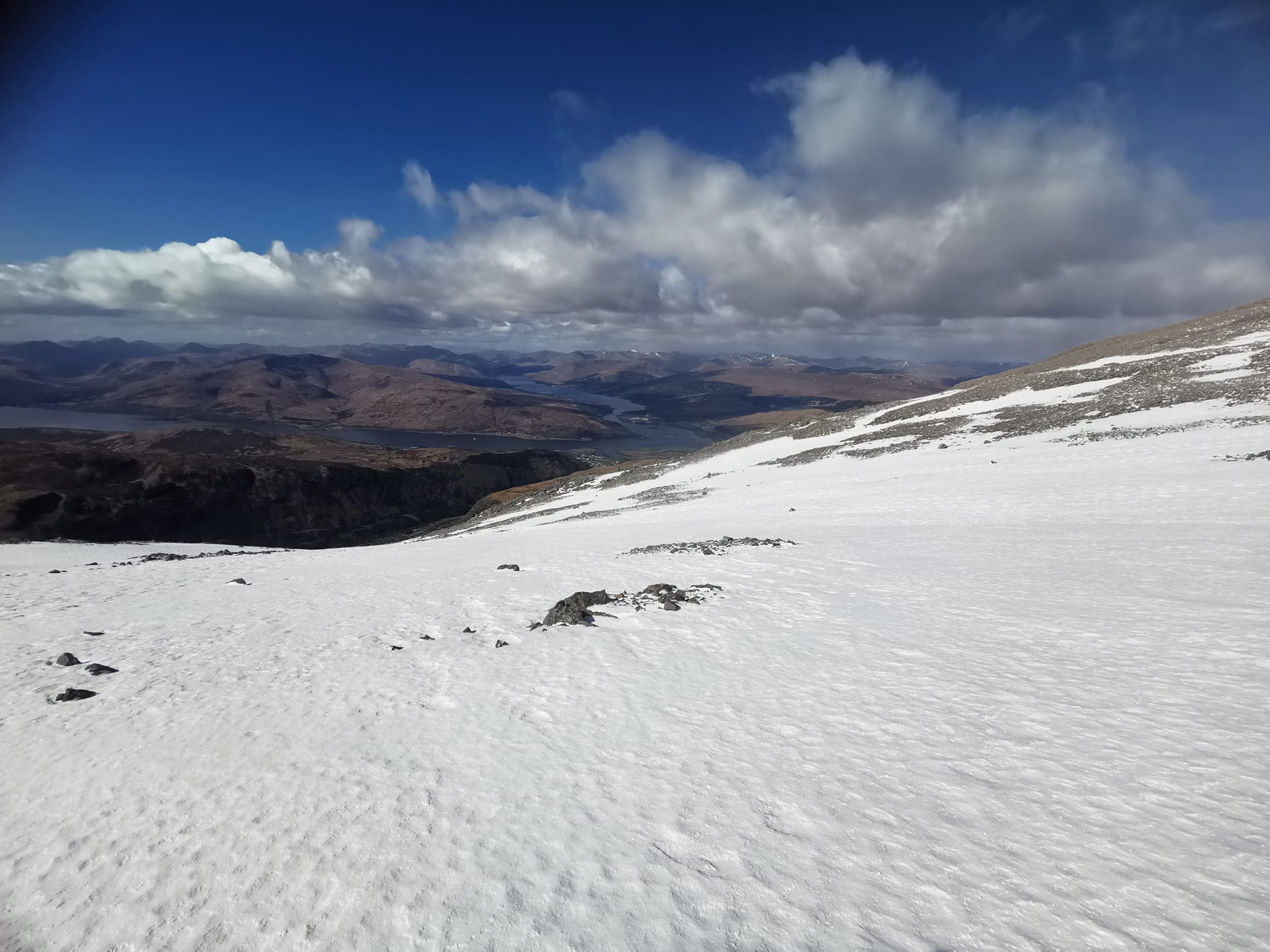