This past weekend brought with it the first notable spell of worthwhile winter climbing conditions, however, working out how worthwhile beforehand proved to be a bit tricky. In the end, Steve and I decided that the only way to find out was to go and have a look. Things were looking promising on the approach to the CIC Hut, but the clouds did their best to obscure views of the high crags in Coire na Ciste. We continued up into Observatory Gully, which given the lack of snow, felt somewhat purgatory. The lean conditions gave some entertaining steps of grade III climbing, on what would normally be a steep but straight forward snow slopes. 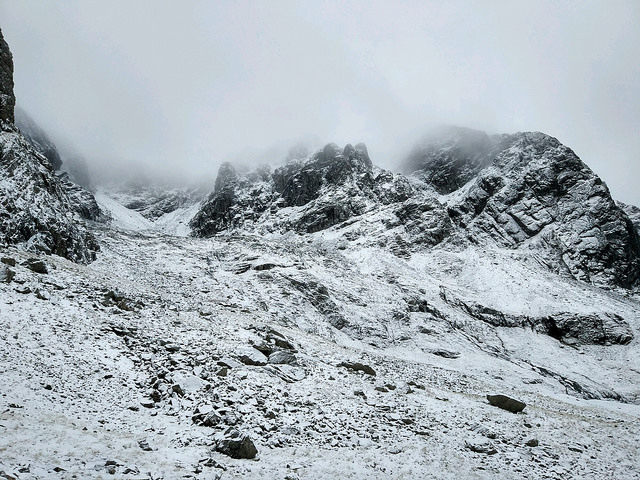 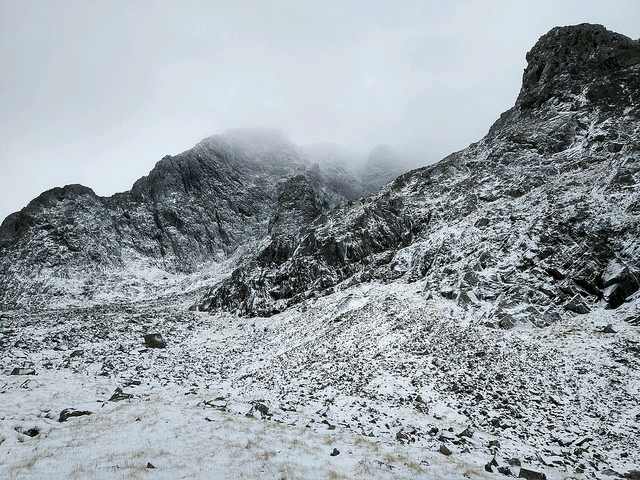 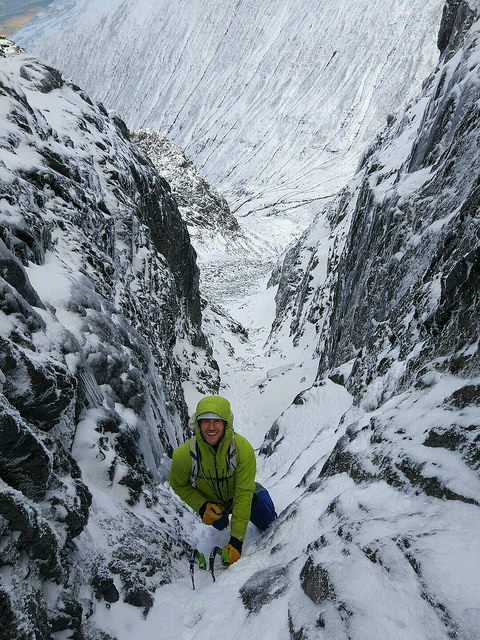 We drew level with the foot of Tower Gully, with plan A being to climb Grand Central, a route put up by Simon Richardson and Robin Clothier last year, however, the numerous rocky slabs were completely devoid of snow, and guaranteed some insecure climbing. We continued walking along the wide shelf towards Tower Gap, and spotted a potentially unclimbed series of ledges and short walls on a blunt arête immediately to the left of what forms later in the season to give Upper Tower Cascades Right. 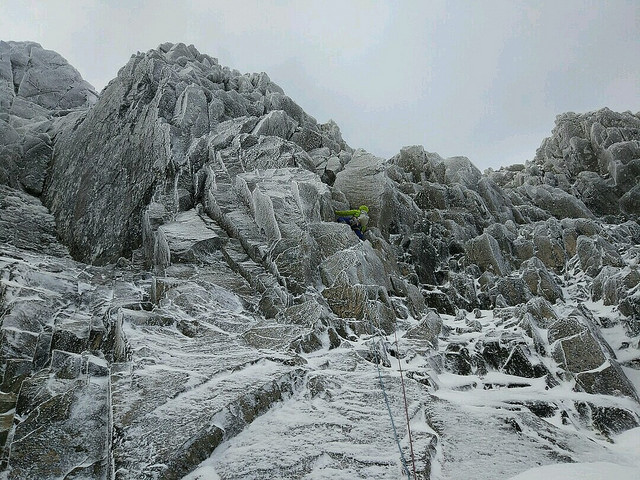 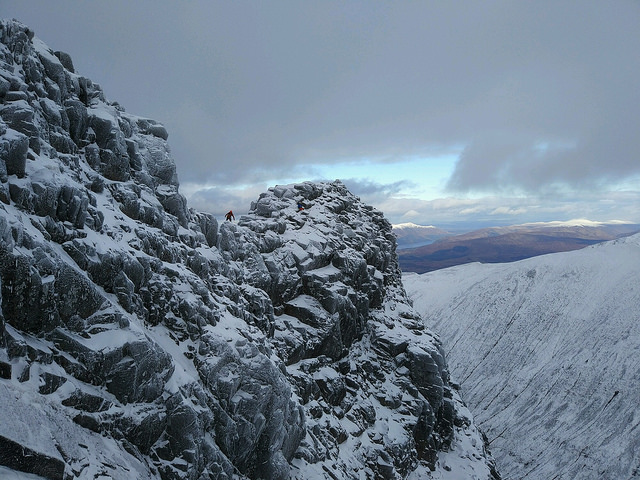 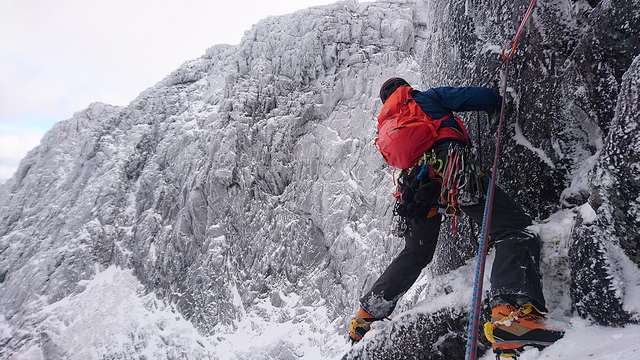 The climb turned out to be a bit steeper and more exposed than first appearances suggested, and gave two entertaining and absorbing 30m pitches of V,6, before two further pitches of easier (but by no means easy) climbing brought us onto the plateau right by the top of Tower Ridge. We settled on Optimist’s Arête V,6. Despite the settled and cold conditions, it was still fairly quiet, with a couple of teams on Tower Ridge, and teams on Hobgoblin, Sioux Wall and Babylon.

On Sunday, the cold and settle conditions continued. Hannah and Lena made the most of this and climbed the brilliant Sron na Lairig in Glencoe.  After a further dusting of snow overnight, down to 500m, the route was quite wintry in appearance, although the snow was still quite soft lower down. From about halfway up, they encountered much firmer snow which made for more enjoyable climbing.
Plenty of folk out on Buachaille Etive Beag, but only one other chap on their route. 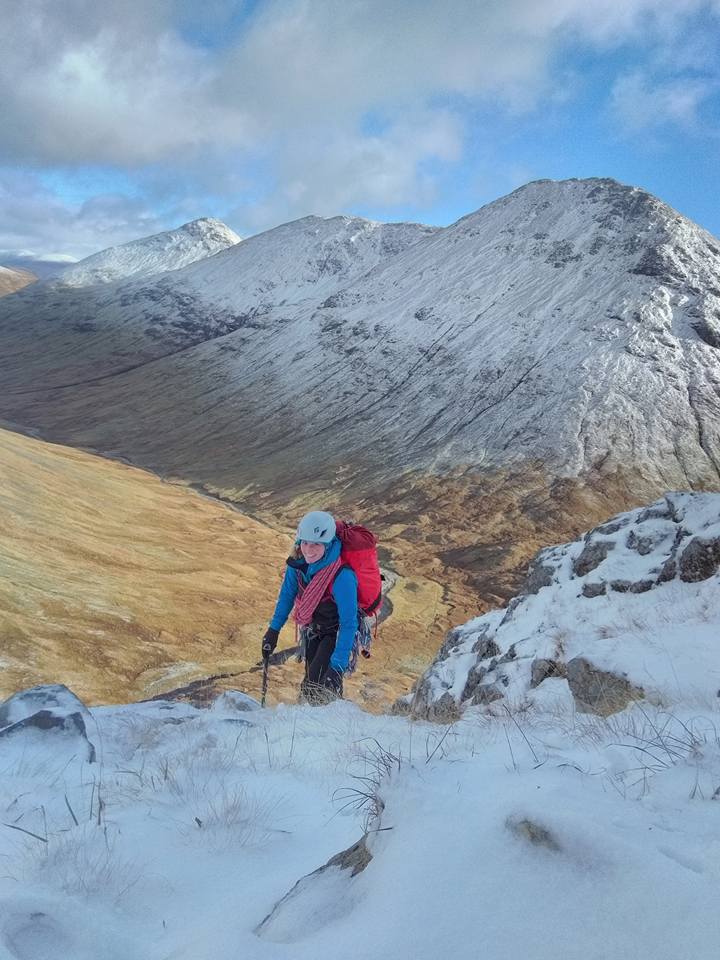 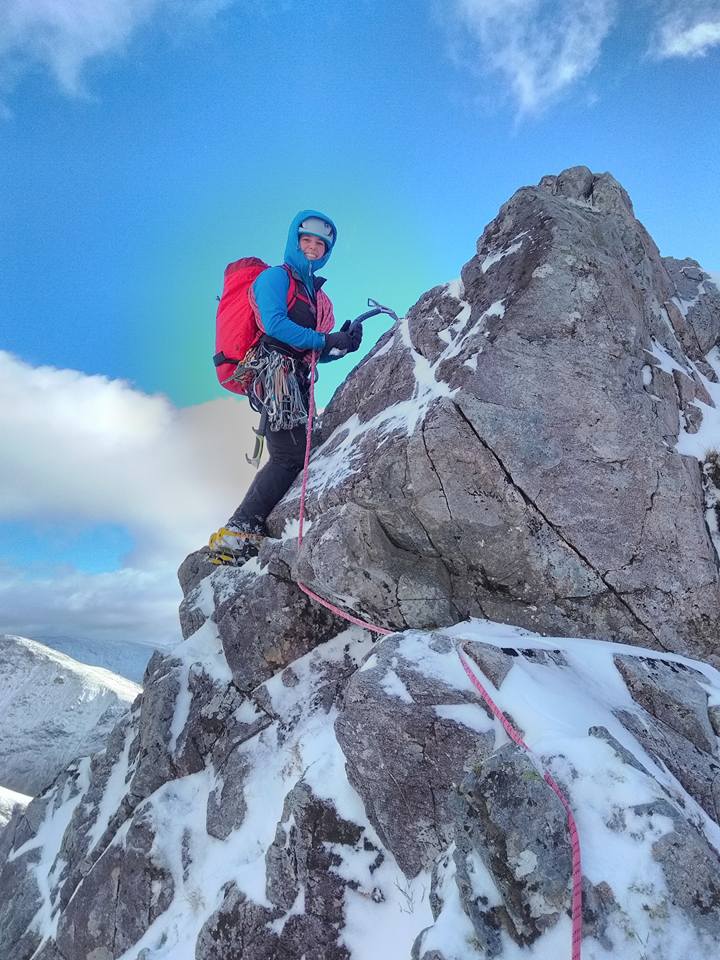 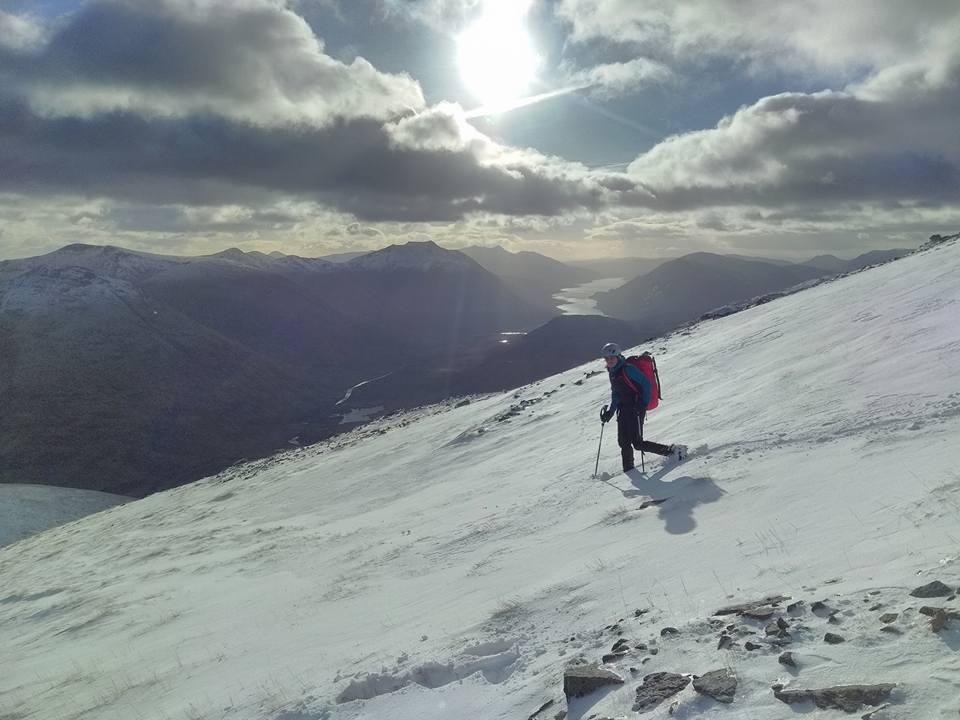 It’s been a great start to the new winter climbing season, and whilst it’s warmed up a bit since then, the mid term forecasts are looking very promising, with low temperatures and snow on the cards over the next week.

If you would like to kick-start your winter climbing or mountaineering season, we have early season availability for private mountain guiding with myself or Steve, so get in touch.