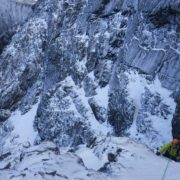 An intentionally relaxed start for Nick, Allan and myself meant missing the early rain and strongest winds of the day, and also gave the crags a chance to re-whiten as fresh snow fell first thing this morning. Nick and Allan were up last year and we had three stunning days out, so I was a little worried that today wasn’t going to be quite on par, however, it evolved into a pleasant, dry and cold day.

It was quite busy in Coire na Ciste by the time we arrived, with many skills and mountaineering teams making use of No. 4 Gully and it’s adjacent ‘Descent Variation’ as listed in Godefroy Perroux’s guidebook. Fortunately, with clear views to the summit plateau, we could clearly see a steady streak of ice at the base of No. Three Gully Buttress, which we made a beeline for.  The ice isn’t fat, but is very climbable, with options to either step onto mixed ground to the right or to stick to the steeper ice on the left. 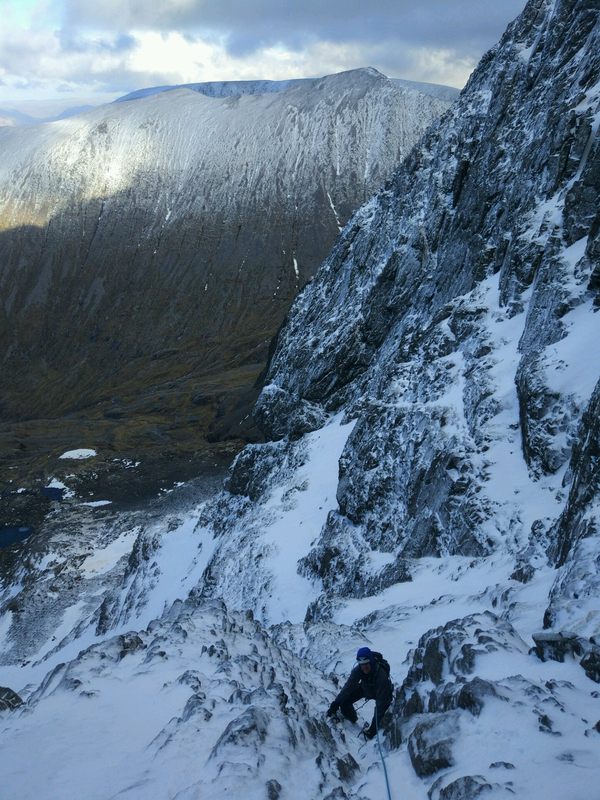 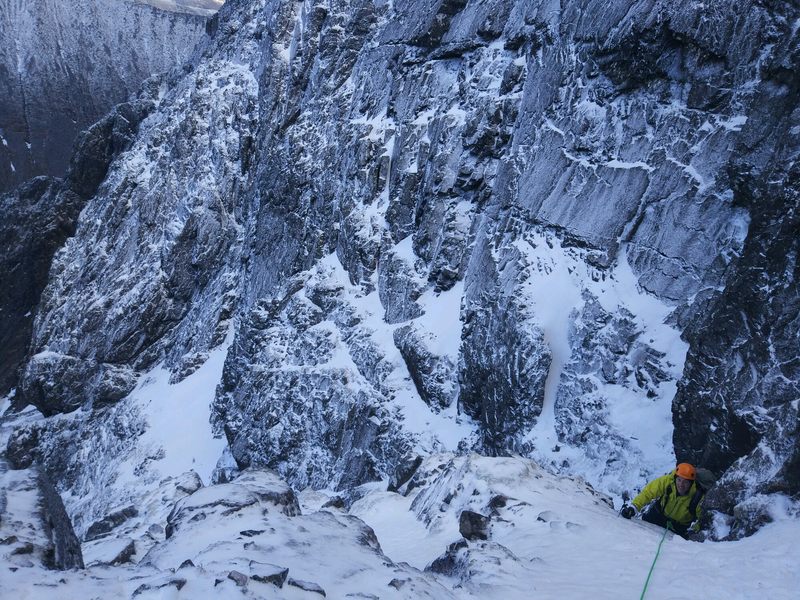 Nick just after the tricky step on the third pitch

We took the direct variation at the top, which gives some interesting mixed climbing up to the plateau. The rocks were much more bonded together by ice today, which was reassuring. Cooler tomorrow, and we’re due some much needed snow, looks like a promising weekend ahead.