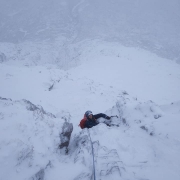 For Neil's second day, we made an early start so that he could hit the road sooner rather than later. Quite a bit of fresh snow had fallen overnight but as we set off, as expected, it was quite settled and calm. It didn't stay this way!

We rattled up the first three pitches, which had some useful frozen turf and even some snow-ice in the back of the chimney, then the winds started to pick up as we were on the fourth pitch, but not unmanageably so, so we decided to continue to the summit of Buachaille Etive Mor. There was a surprising amount of ice on the upper section, some of it quite useful, much of it far less so. The crest and windward side of North Buttress were fairly well scoured, but there was quite a bit of windslab on the leeward side.

Due to poor visibility and the risk of avalanches in Coire na Tulaich, we descended the western spur of Stob Dearg, just as the winds ramped up a notch or two. The winds ended up being far stronger than the forecasts were anticipating. 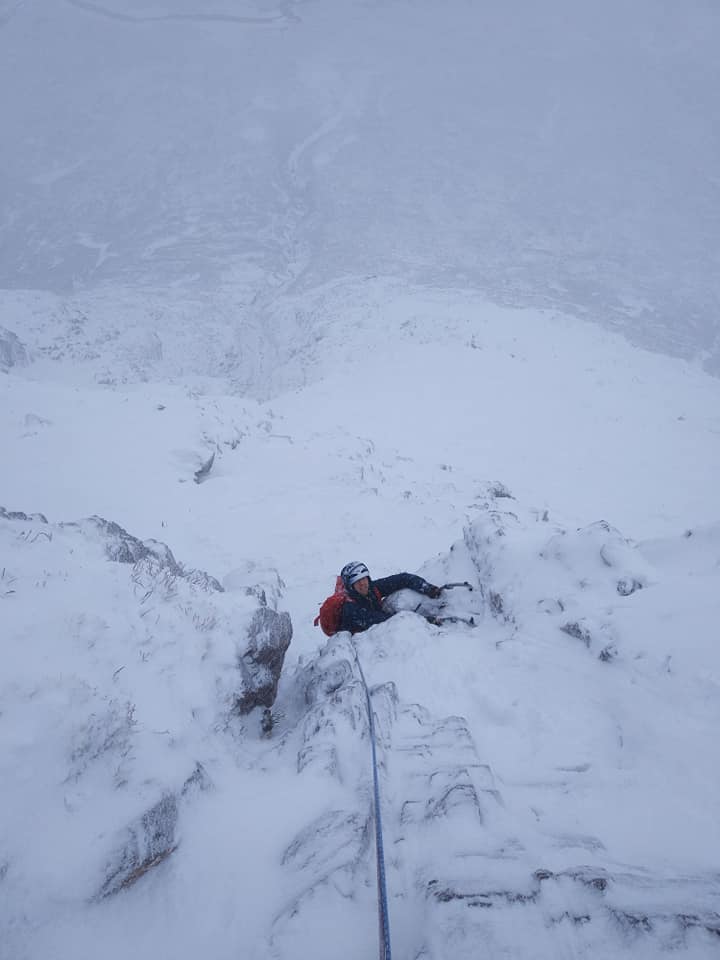 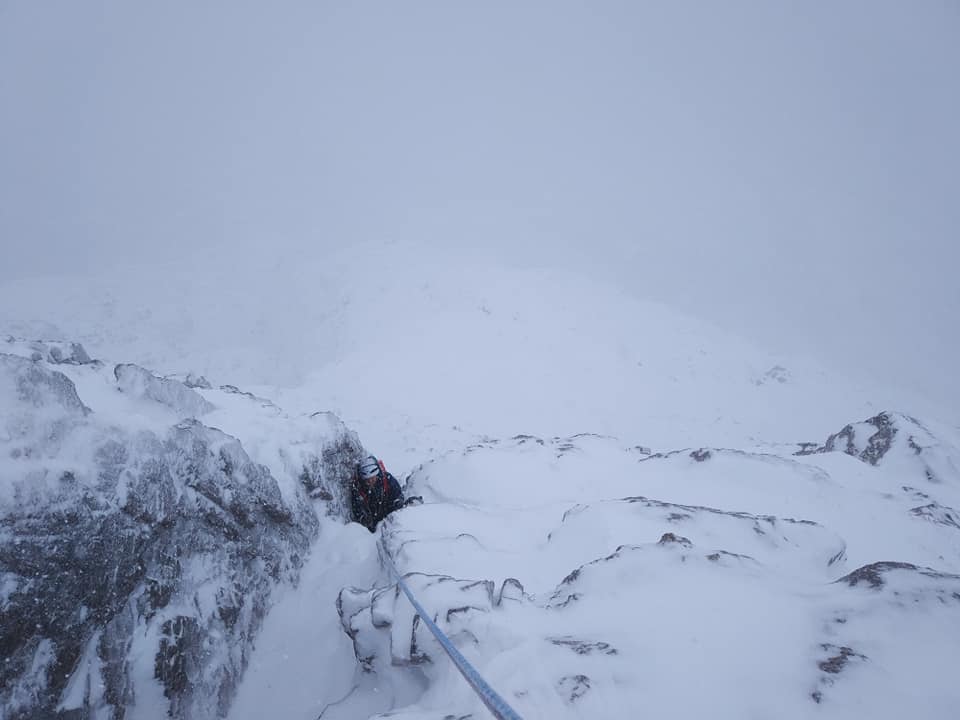 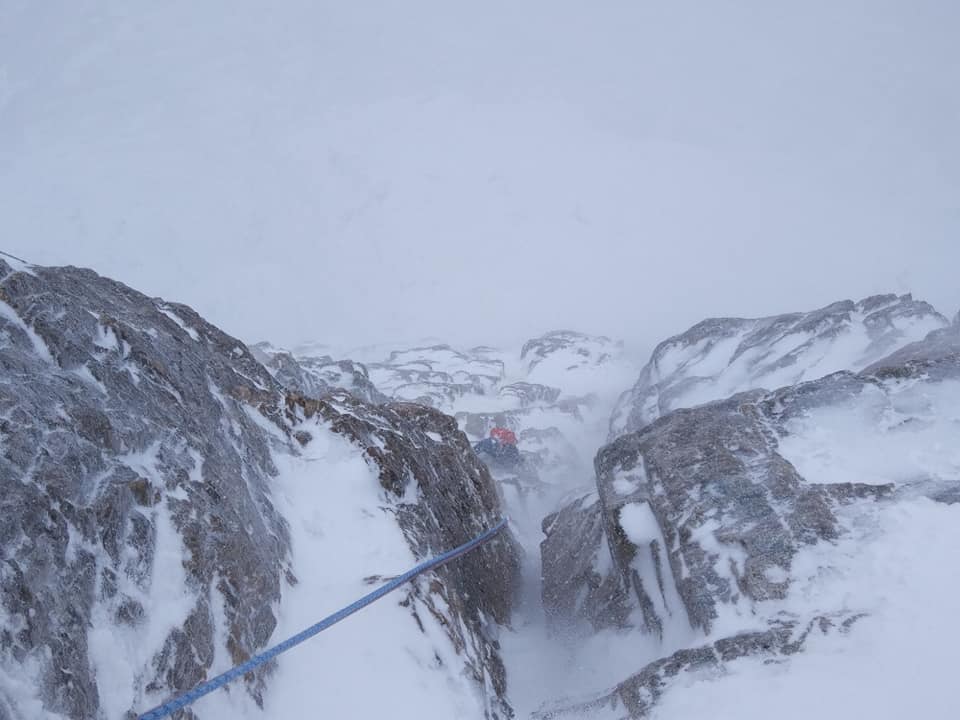 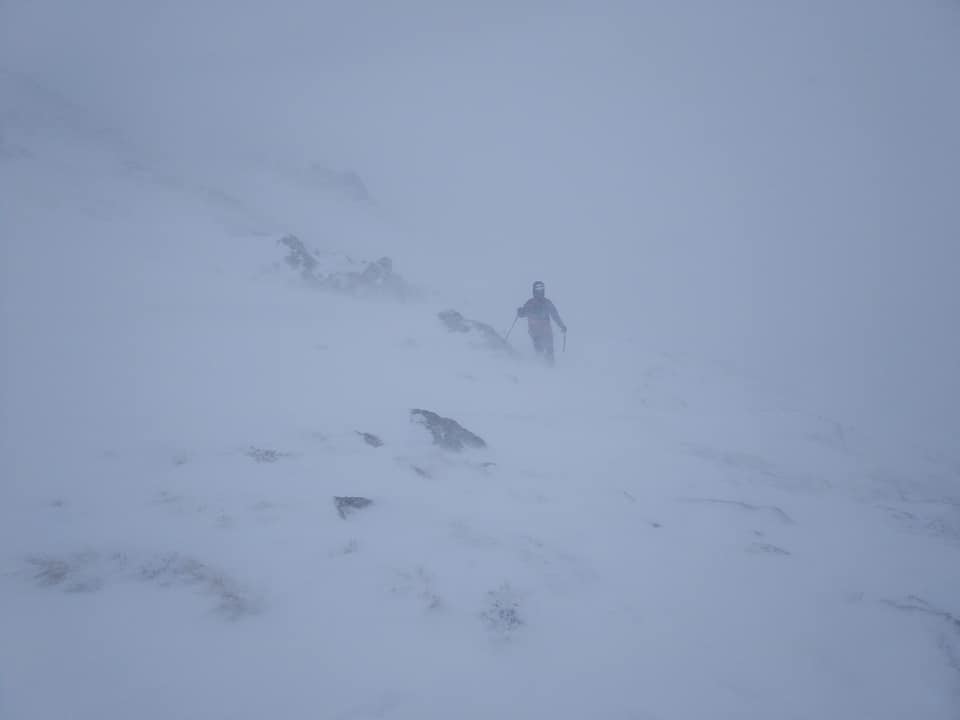 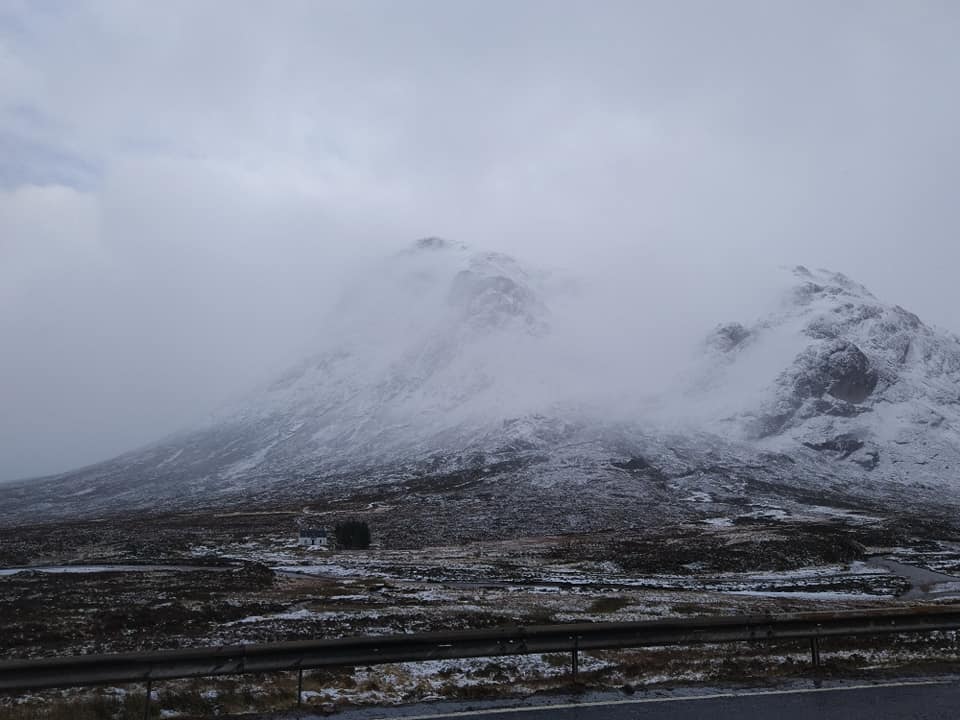 Great day in the Mamores
Scroll to top