The forecasts for today were suggesting similar winds to yesterday, but cooler and drier conditions. After quite a bit of thought, I decided that Nick, Allan, Andy and I should seek shelter on the East Ridge of Beinn a'Chaorainn (with possible descent options of climbing back down the ridge or dropping into Coire na h-Uamha). When we have strong westerly winds, the ridge is on the leeward side of the mountain and is very well sheltered. We were buffeted a bit as we left the sanctuary of the woodland, but on gaining the ridge, the winds markedly dropped.

The ridge was in great condition, with plenty of useful snow and well-frozen turf. We took in all the grade II sections along the way and were soon at the summit of Beinn a'Chaorainn and as expected, in the brunt of the winds, which were strong and constant, but very manageable and so we descended the southern flank of the mountain.

The surface of the saturated snow had refrozen, creating an awkward icy crust, but considering the weather over the past 24 hours, the snowpack was quite reasonable and mostly firm enough to easily walk on. 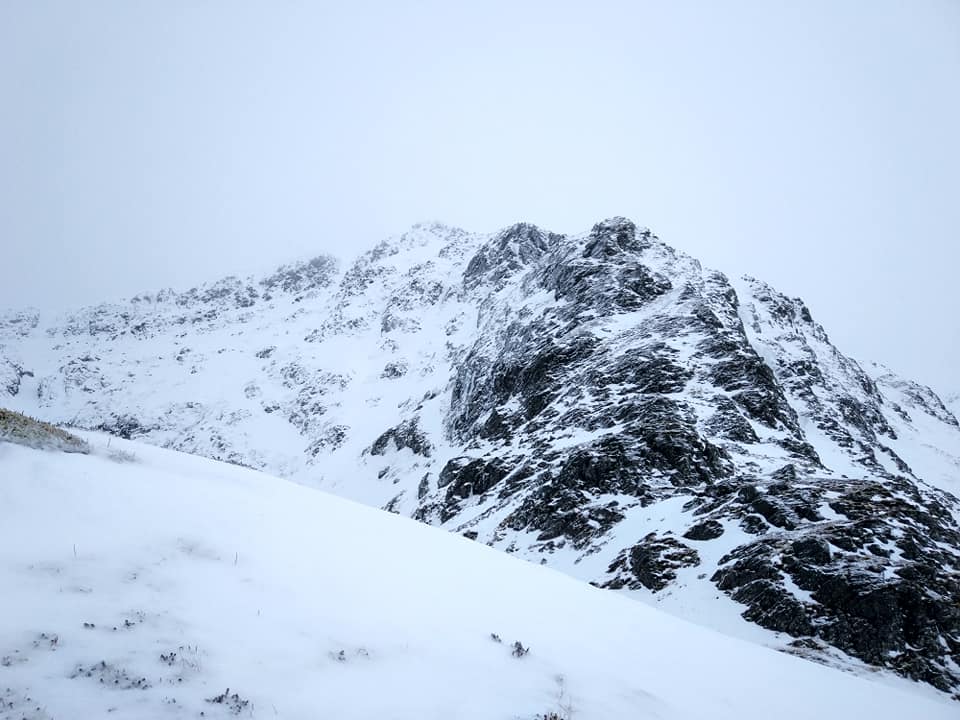 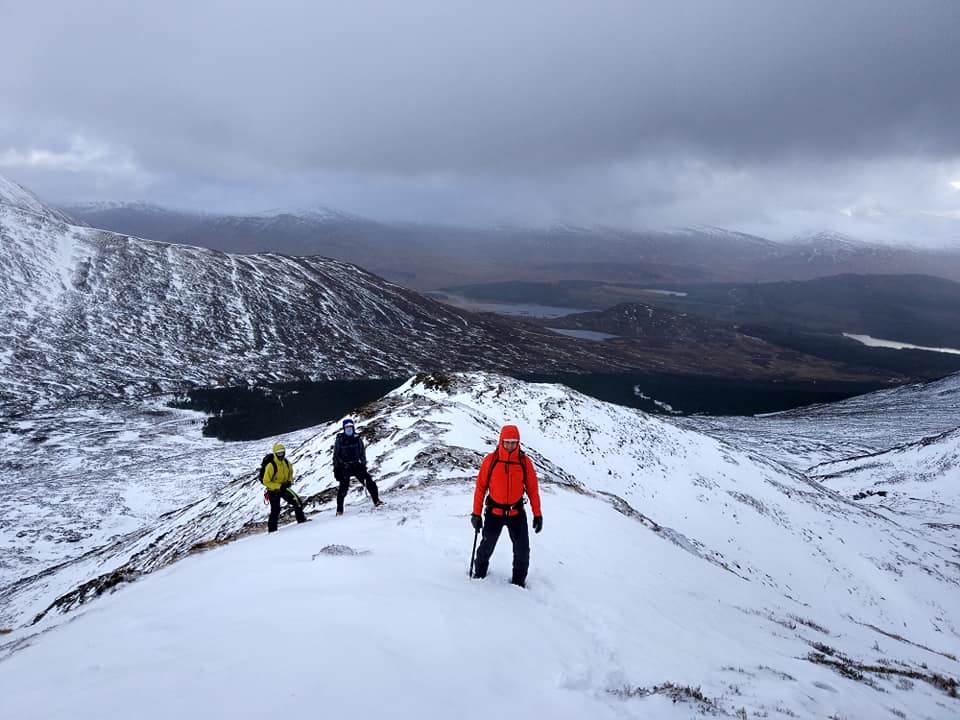 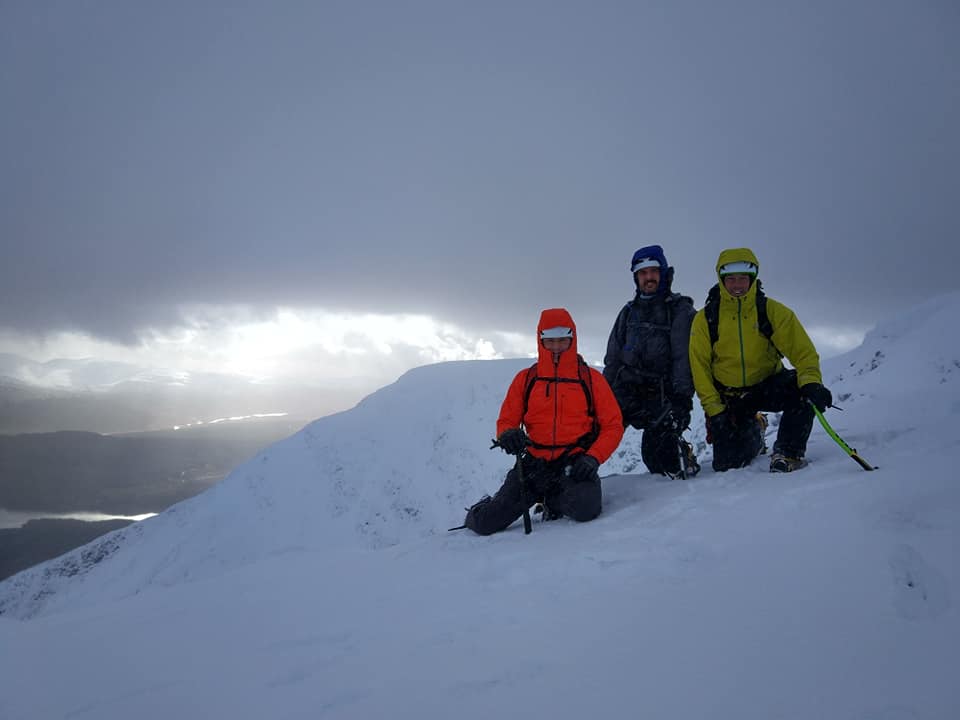