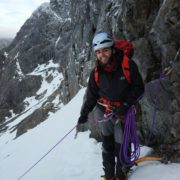 After two big days, and with tiring legs, I persuaded Gareth, Mike and Matt to venture back up to Coire na Ciste on Ben Nevis to climb North Gully. Fortunately, it didn’t take much persuasion, as enthusiasm managed to prevail. 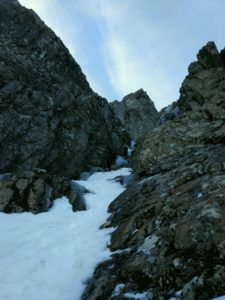 It was much quieter on Ben Nevis today, but still plenty of folk were making the most of the good weather and rather lean conditions, however, no one else had decided to go for North Gully, which made for a relaxed and enjoyable outing. In these current conditions, the first pitch gave a rather delicate pitch of thin ice, but with a bit of care and a gentle approach, we climbed the first pitch in good style, before the lads took over and lead themselves up the upper snow field and onto the plateau, where we were greeted by clear but windy conditions.  Another great route in the bag, and a good route for the lads to lead in it’s entirety in better conditions. 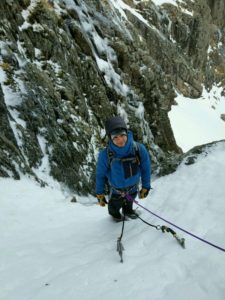 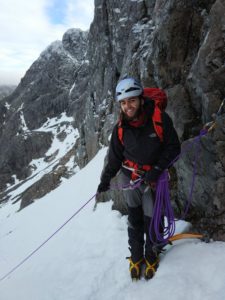 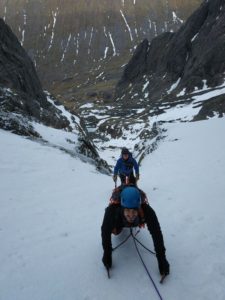 Plenty of folk heading up and down Nos. 3 & 4 Gullies, Steve and Dave made a quick solo of No. 2 Gully (thanks for the sweets) and Mick Tighe set off with Hesperides Ledge in mind. 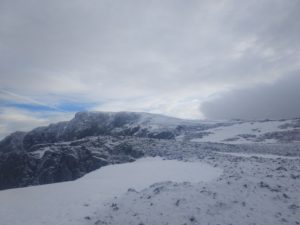