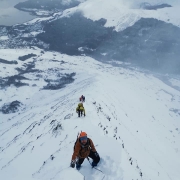 The snow has continued to fall and be redistributed by the winds, creating challenging conditions with regards to both avalanche hazards and just getting around. Yesterday, the guys led themselves up School House Ridge on Sgorr Bhan and along the way, we looked at using the rope effectively on mountaineering terrain. There were some sizeable accumulations of snow even on the crest of the ridge and making progress was quite tough at times. From the top of the ridge, we visited the summit of Sgorr Bhan, before descending the north ridge (and dropped into Coire Riabhach at the col before Beinn Bhan).

Today, we opted for Eastern Slant on Far East Buttress on Aonach Dubh, which required a fair bit of wading to get to the base of the crag as well as to climb the route. Despite the volume of soft snow, the snowpack was stable, just hard work to travel through! The climbing itself on Eastern Slant is brilliant, with three very varied pitches and good gear throughout. As we descended back to the valley, the weather deteriorated and turned to wet sleet. Arie and Will have had a good cross-section of Scottish winter climbing this week and have definitely started to appreciate the ever-changing challenges that Scotland can throw at you. 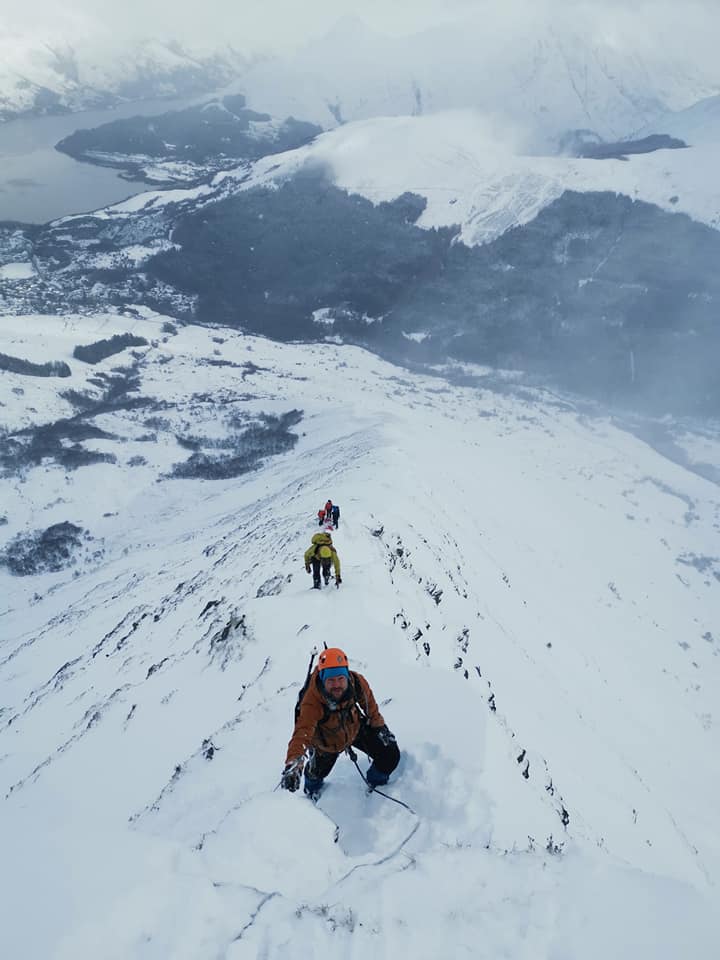 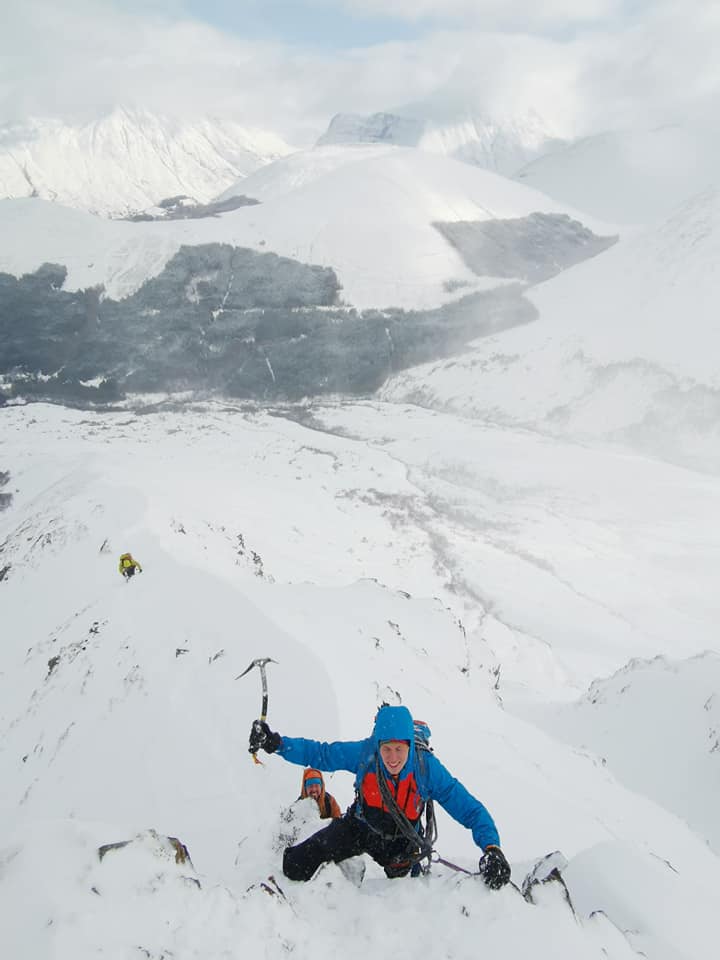 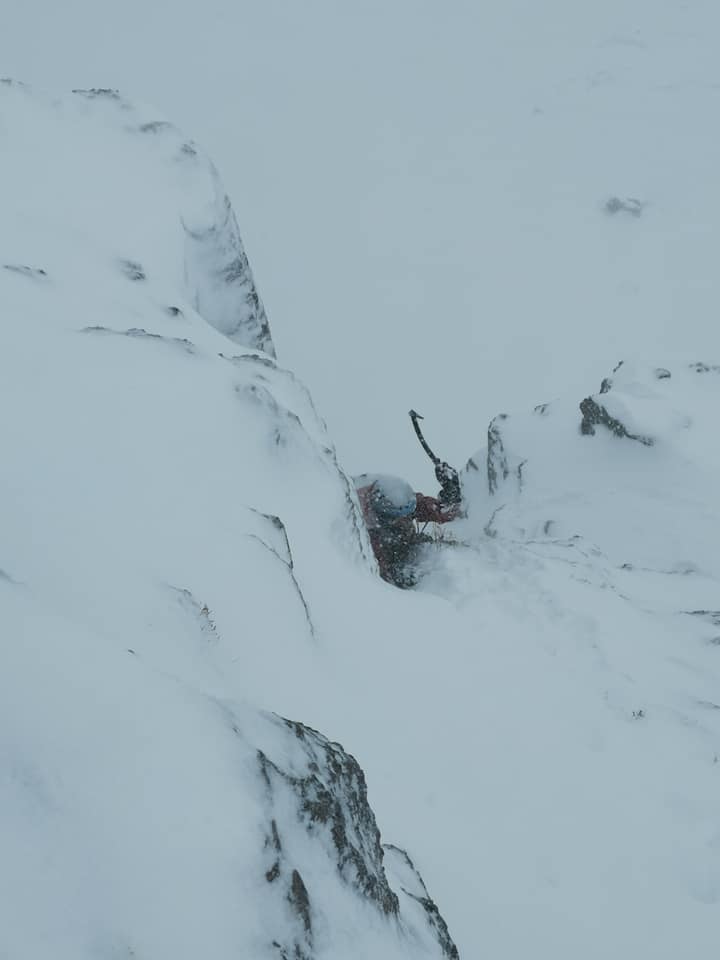 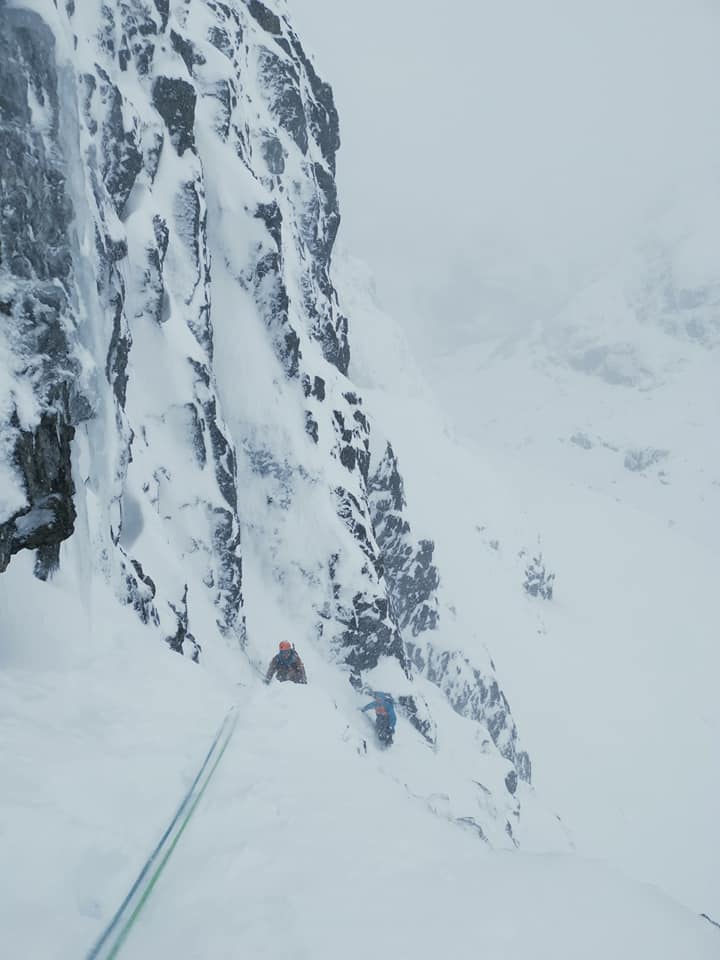 Our second team round up.
Scroll to top