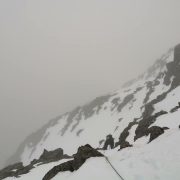 For Peter's final day, we enjoyed our third day of adventures on Ben Nevis and this time, rattled up North East Buttress. Despite the thaw, there was still quite a bit of snow on the easier angled sections and we opted to wear crampons from the start. There was also still quite a bit of frozen vegetation and there was even a bit of verglass on the rocks and vegetation in the upper reaches.

We descended via Coire Leis, which gave an excellent descent, entirely on snow, right back to the foot of the First Platform. There is still ice holding on on the Little Brenva face, so when the temperatures drop, these routes will come back in pretty quickly. 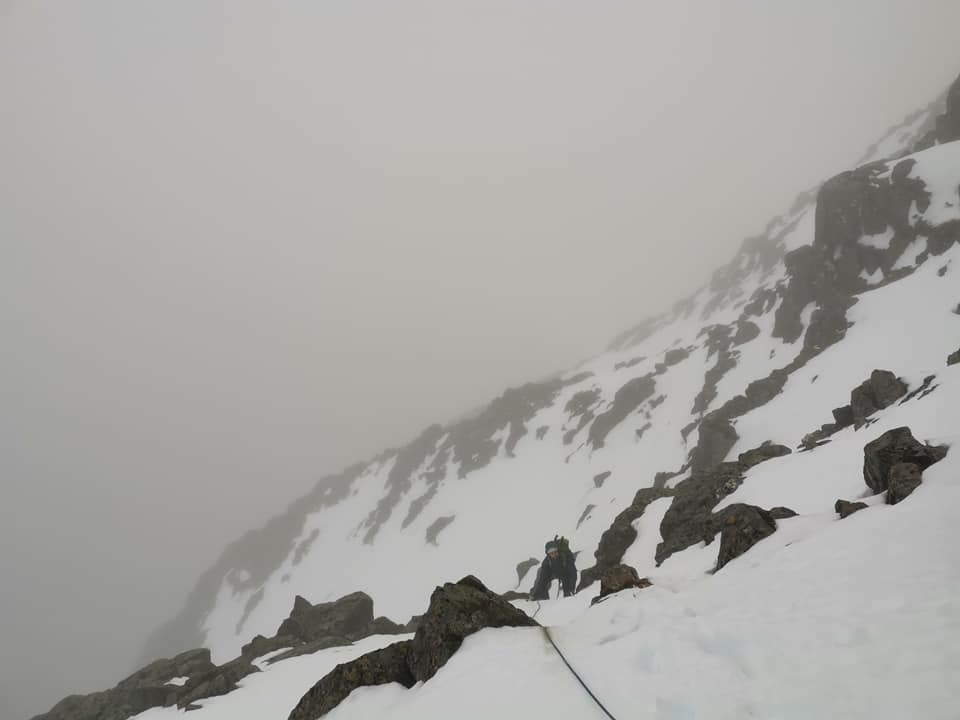 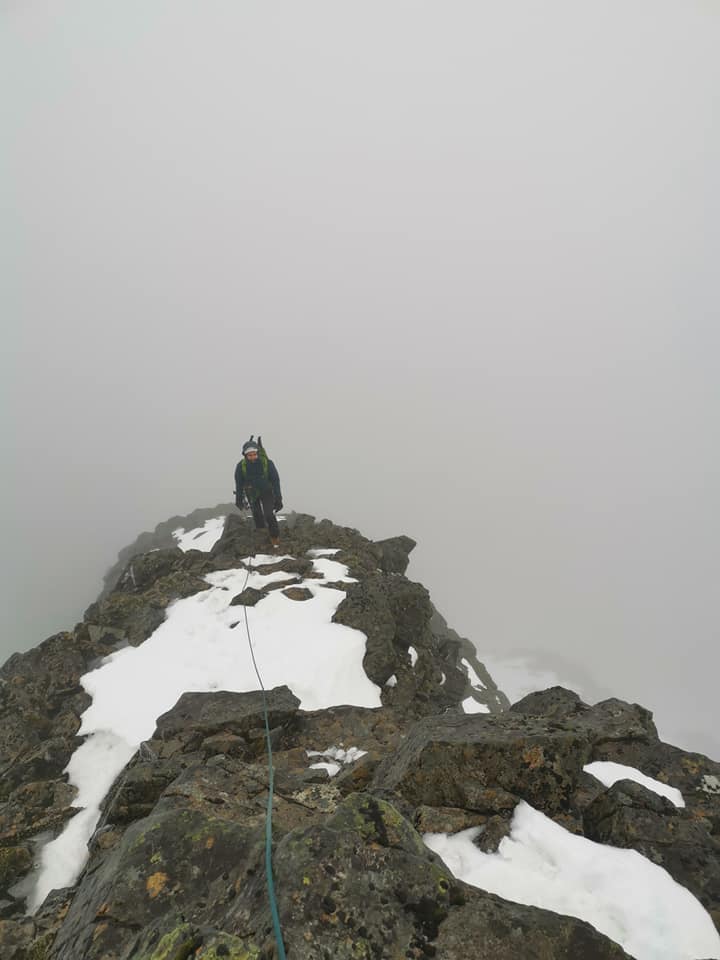 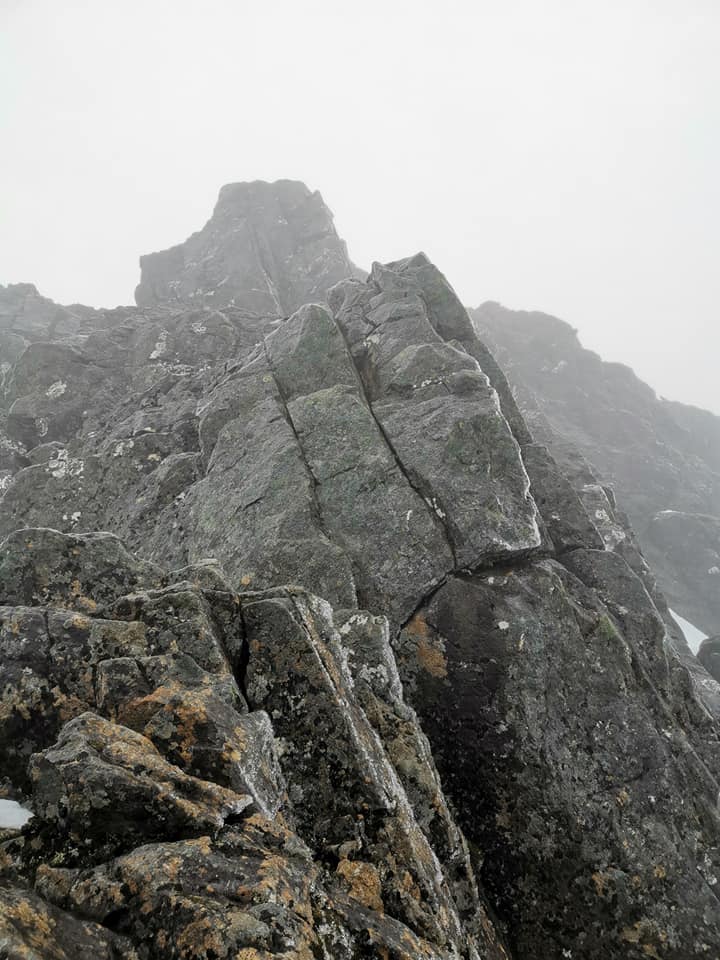 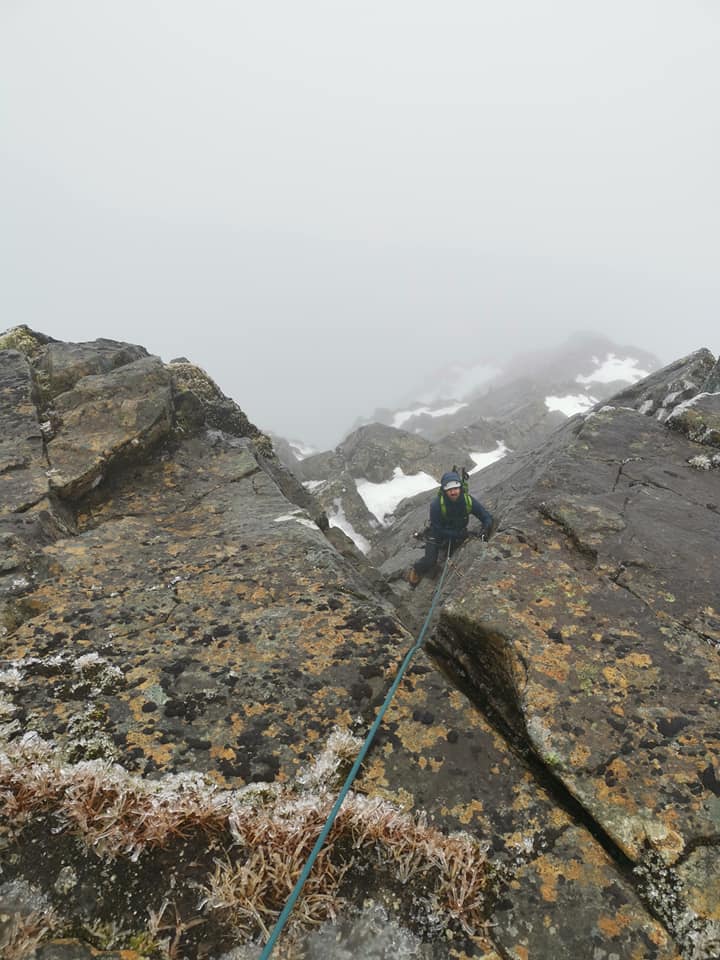 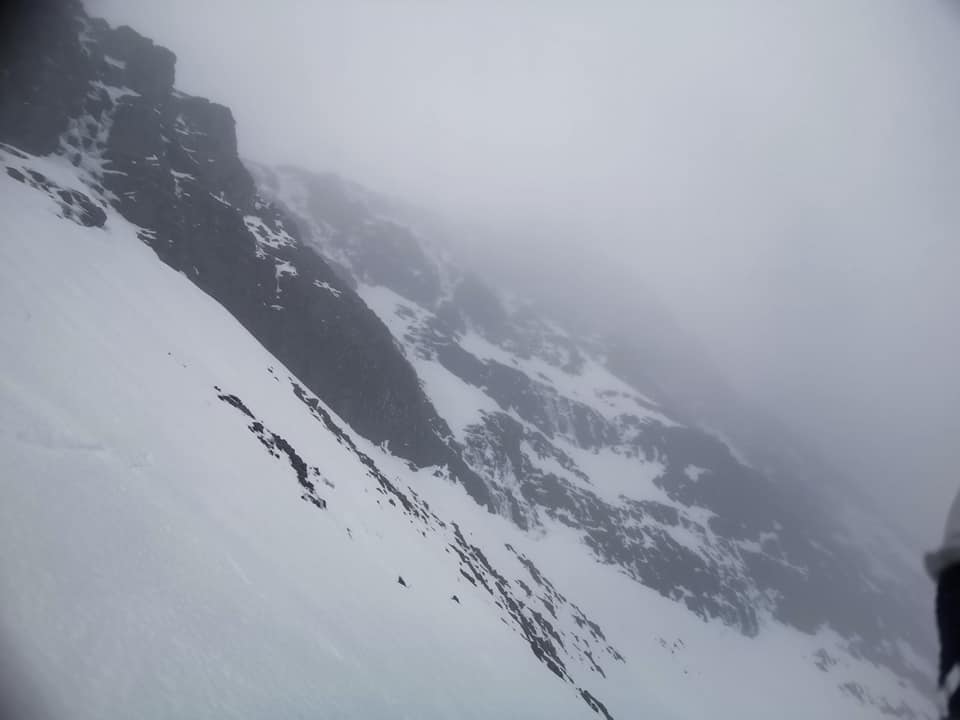 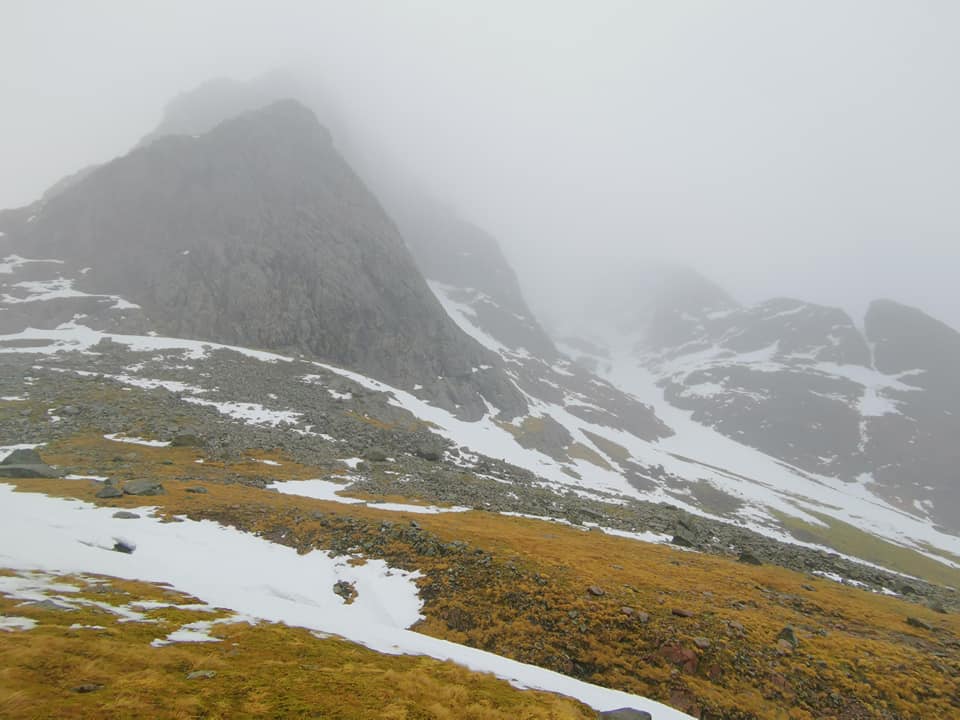 Freezing above 1100m on Ben Nevis
Scroll to top