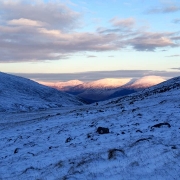 Well, that was without a doubt the finest day of this season so far! I was out with James and Neil, and along with a number of other teams, headed round to the Summit Ribs on the West Face of Aonach Mor. Despite being accessed via the Nevis Range Gondola, the climbs here have a remote and committing feel about them. They are amongst some of the longest climbs in the area and finish right at the summit of Aonach Mor.

Most teams peeled off to climb Golden Oldie, although Al and Claire continued on to climb the far less travelled Solitaire. We were only one of two teams on Western Rib, and enjoyed pitch after pitch of varies climbing, starting up turfy grooves and corners, before joining the rocky crest and continuing up that.

Conditions were generally fairly good and the exposed turf was reasonably well frozen. Some of the buried patches were a little bit soft but largely avoidable.

The views from the summit were nothing short of spectacular, with a cloud inversion to the south and east, with only the highest summits poking through. Great views of the higher crags of Ben Nevis too. What a day to be out in the Highlands! 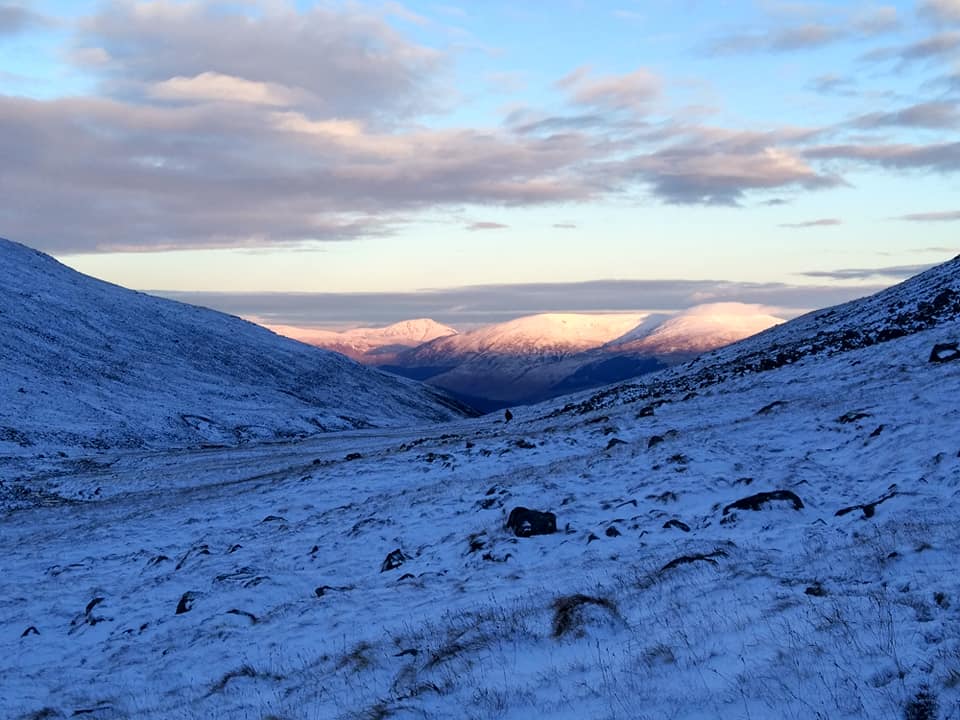 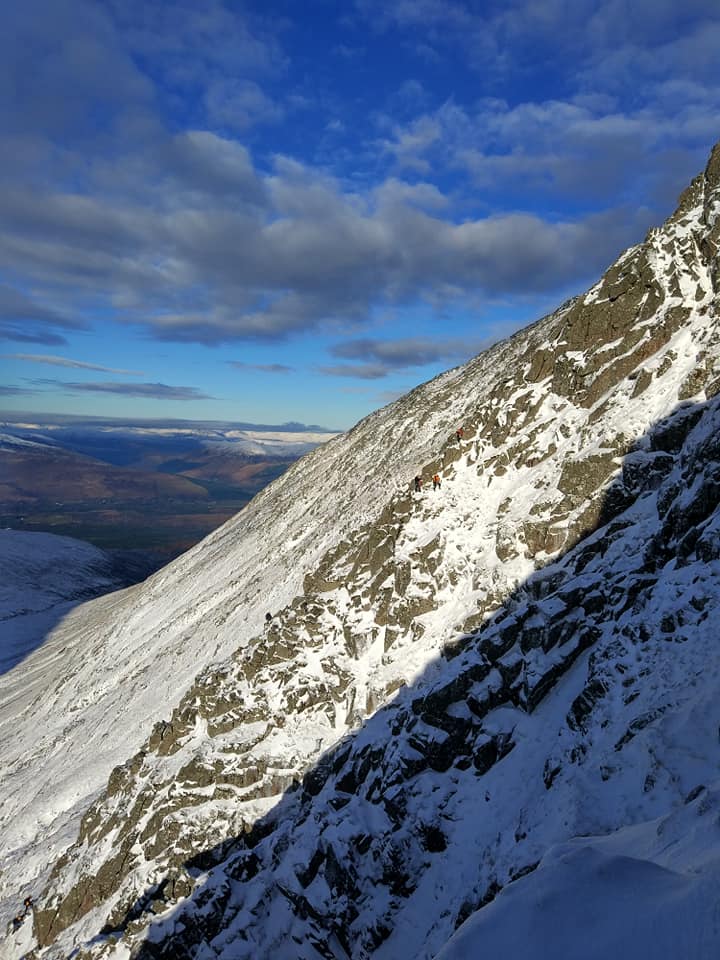 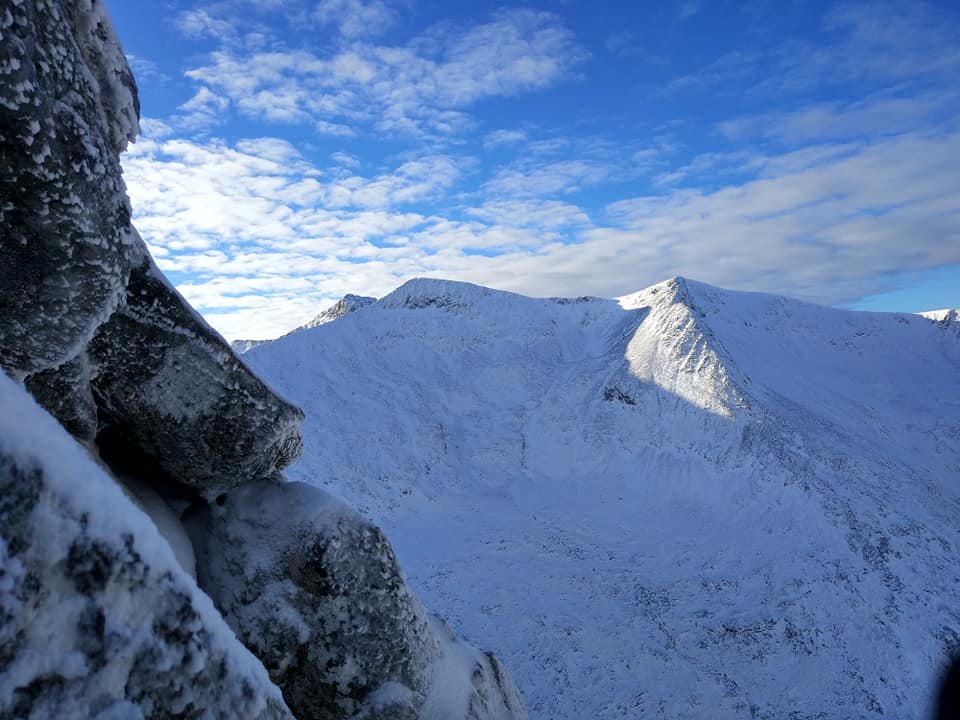 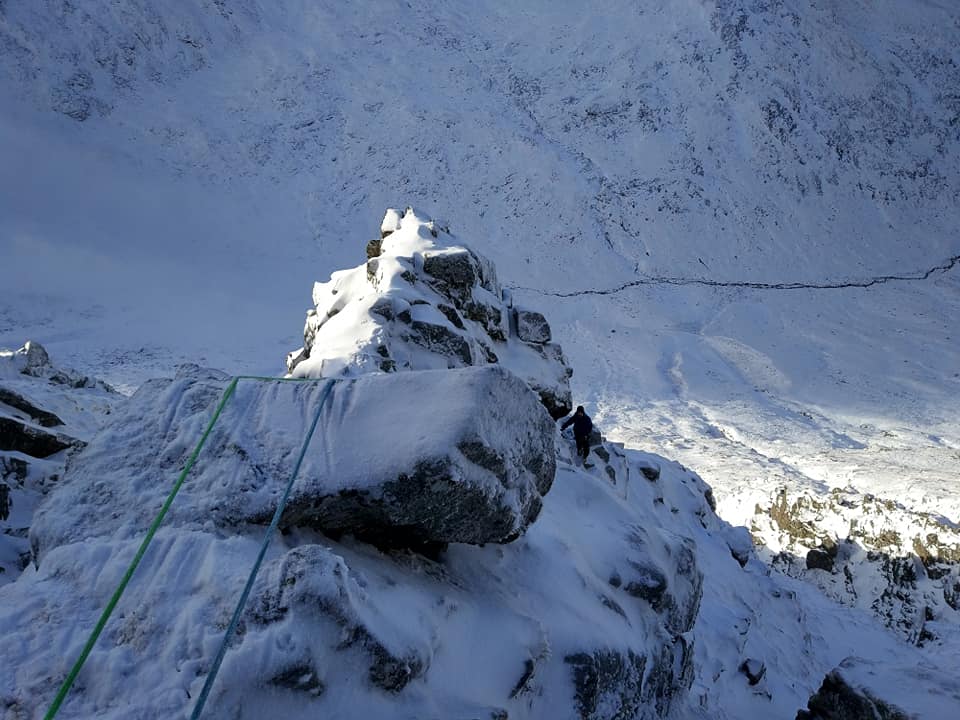 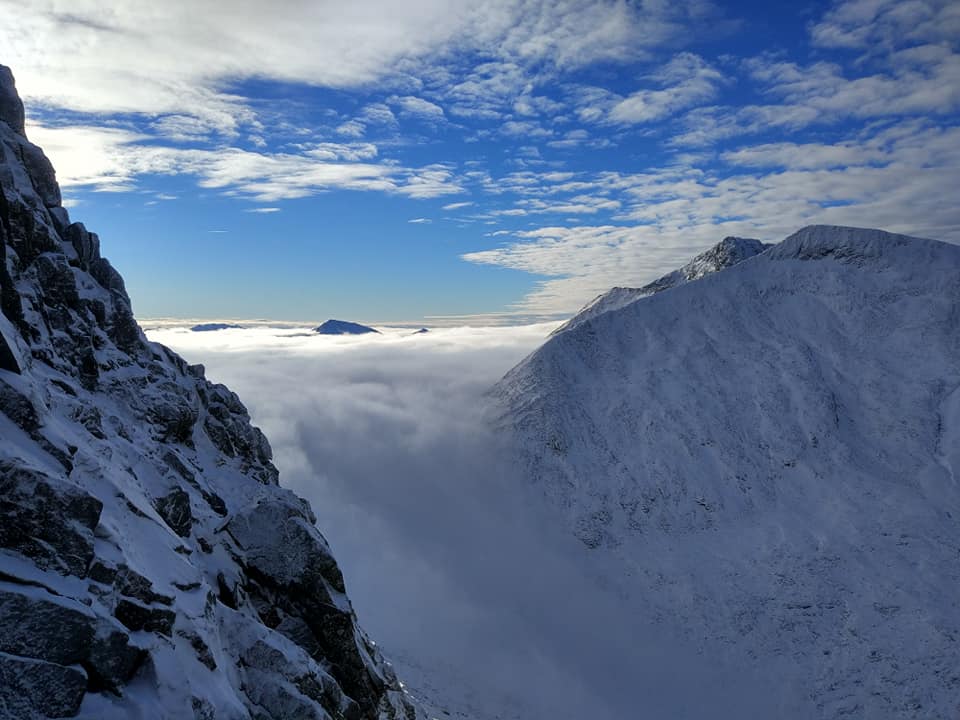 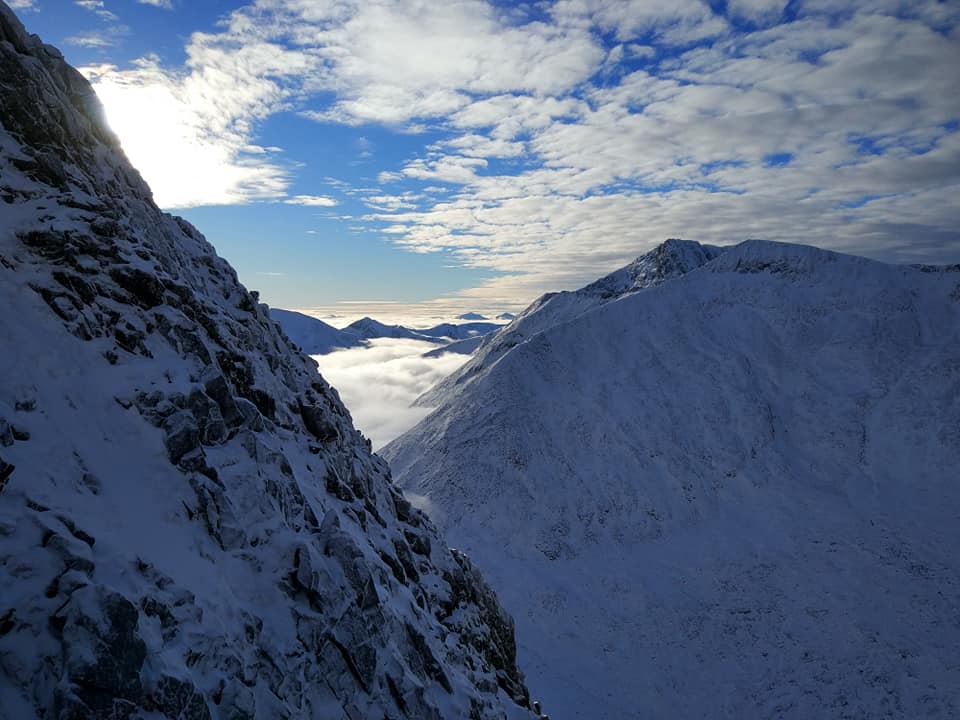 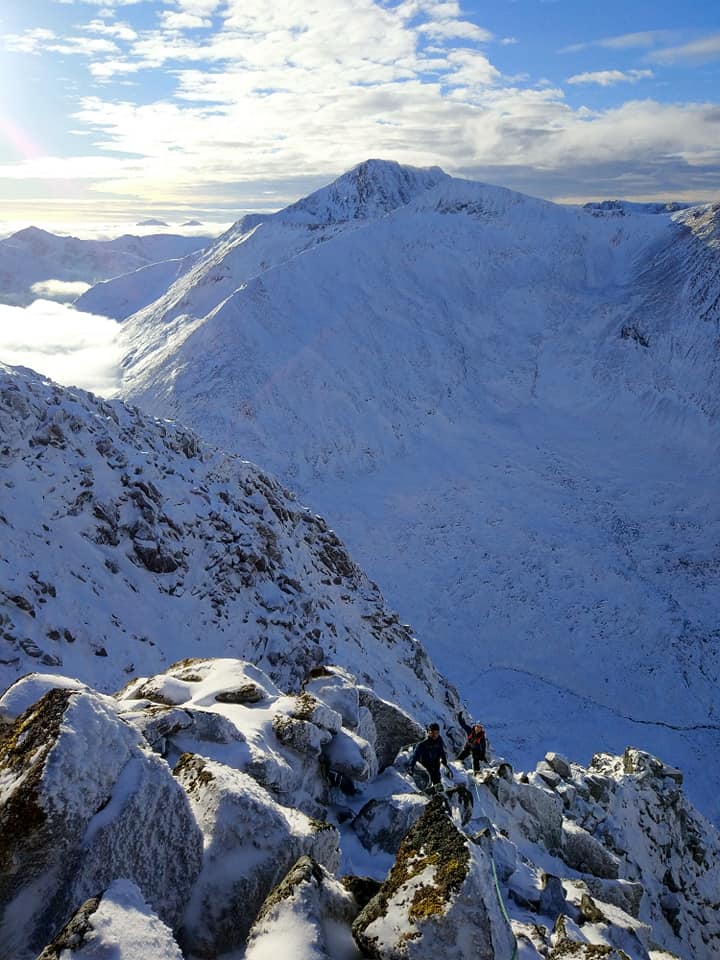 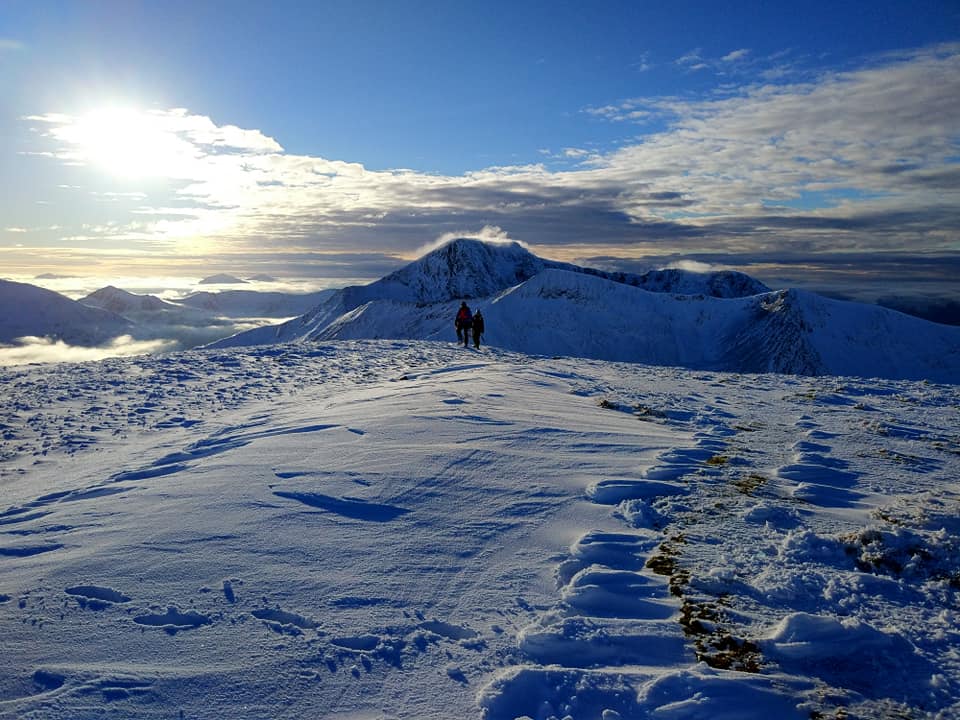 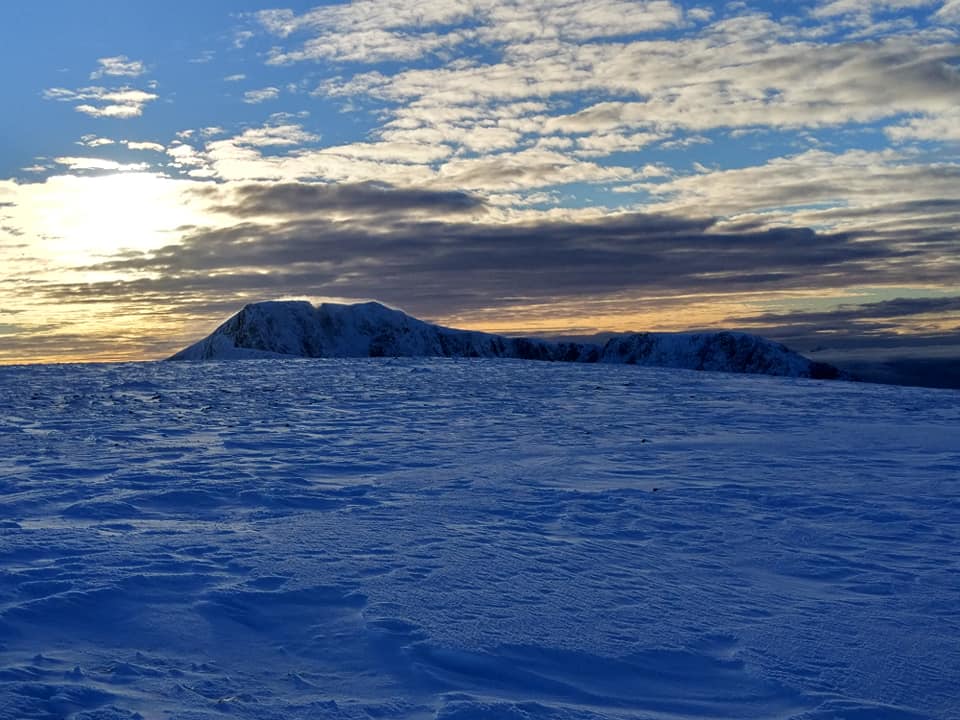