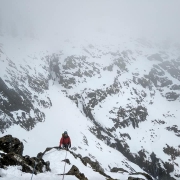 Despite a bit of thaw happening the Highlands right now, there's still a reasonable amount of snow and climbing to be had. Andrew and I made a bee-line for the SW Ridge of the Douglas Boulder, which seems to have been a popular options over the past few days, as the snow has clearly been packed down by the passing of climbers. The rock on the steeper sections was more or less bare.

After completing the route, we abseiled down into the Douglas Gap and down-climbed the West Gully. I had spotted that 1934 Route was complete, so having only abseiled it after finishing Vanishing Gully in the past, we headed over and climbed it in two long pitches, before abseiling back down the line. The snow in 1934 Route was quite soft, but there was still some useful blobs of frozen ice and turf in places. 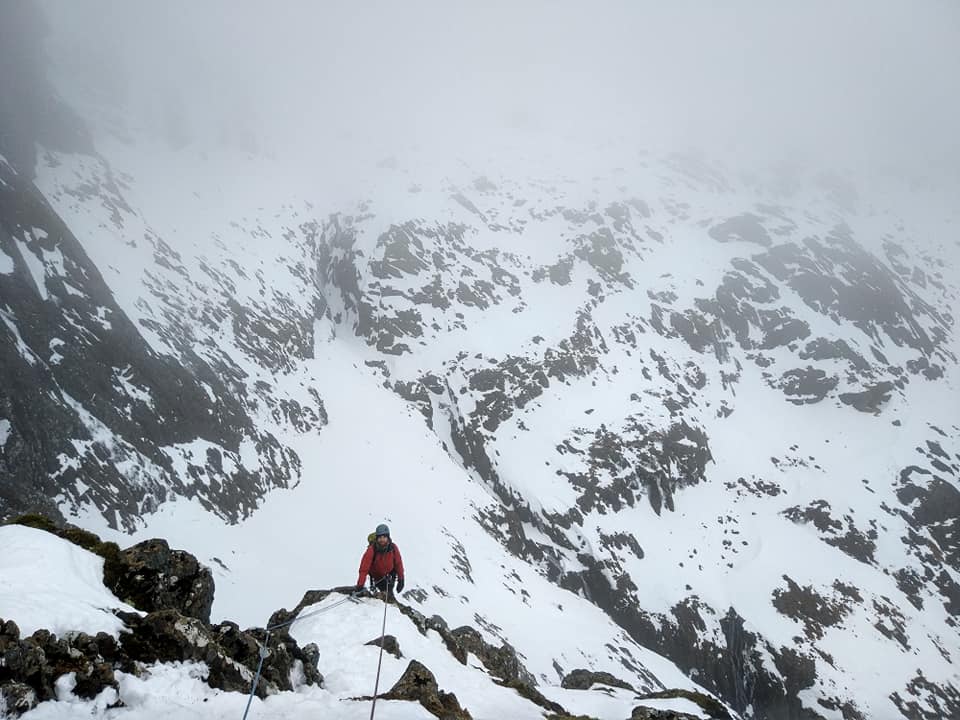 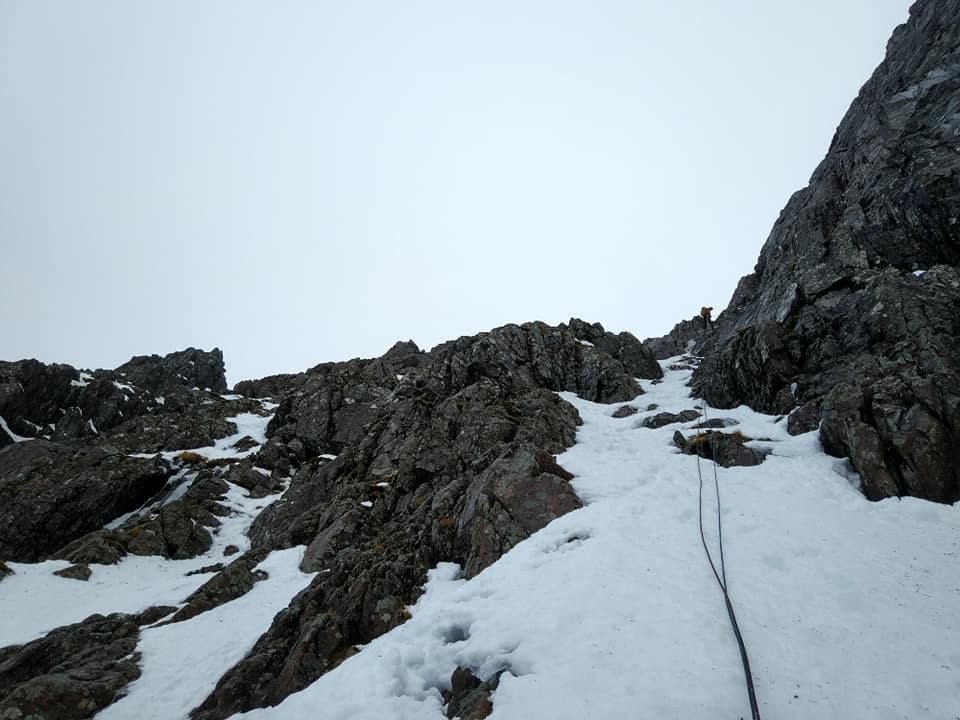 Tower Ridge hanging on to the snow
Scroll to top