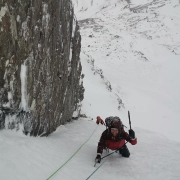 Back on Ben Nevis today, this time with returning clients, Nick and Chris. We made a bee-line for The Curtain, which was a wee bit thin, but very much climbable and good fun. Just don't expect much decent protection!

We carefully descended back down Ledge Route and No. 5 Gully to see a steady queue forming on The Curtain and Curtain Rail. I decided to have a quick look at Right-Hand Chimney, which from below looked well iced up and so we climbed that as our second route of the day. The guidebook states III,4 and elsewhere, IV,4. I would say more like VI,5 in current conditions (I'm not sure it's ever much easier), with quite steep, technical climbing and very little gear, but with good axe placements throughout. That said, the second, main pitch was excellent and gave Nick and Chris a great flavour of icy mixed climbing.

The winds weren't too bad, however, there was an awful lot of graupel coming down at times! We could see a couple of teams cautiously approaching Gutless and Vanishing Gully (I.e. roped up). One team also ventured up high and climbed Thompson's Route. 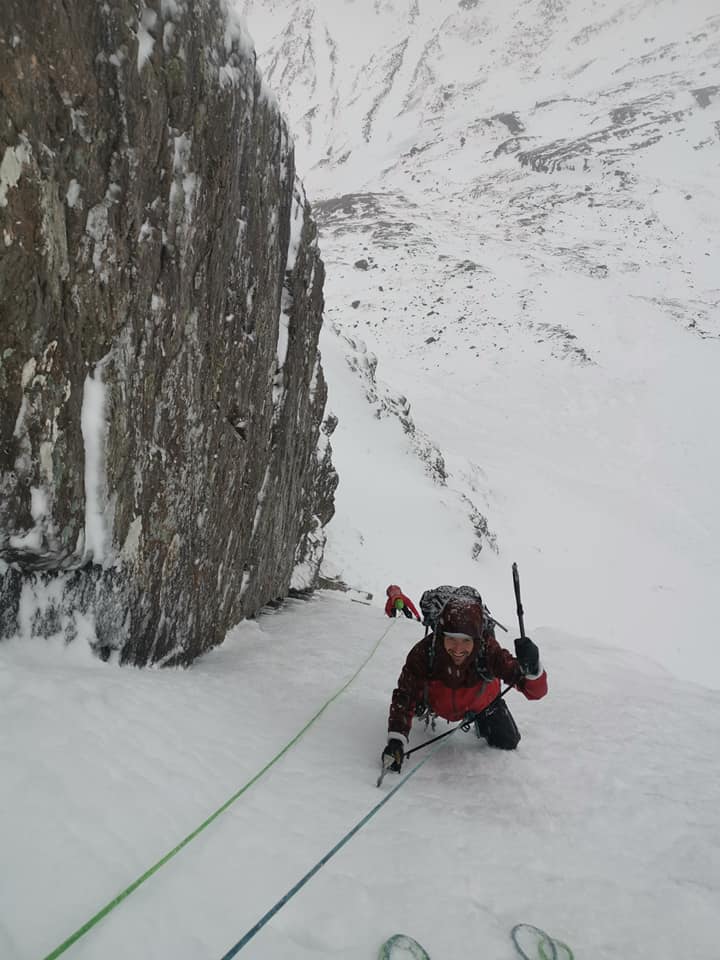 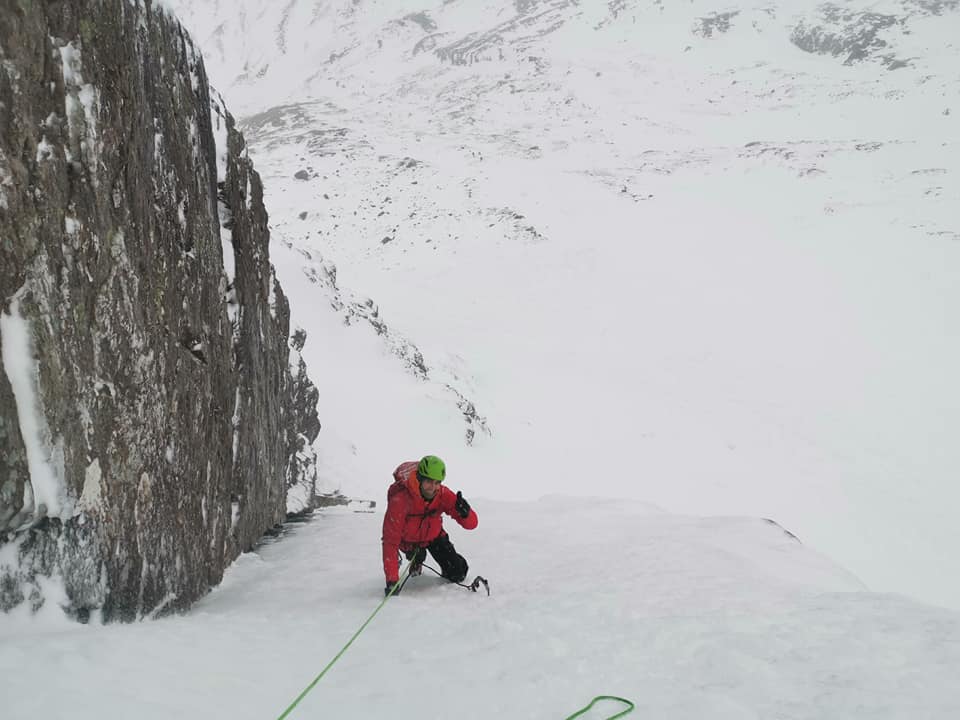 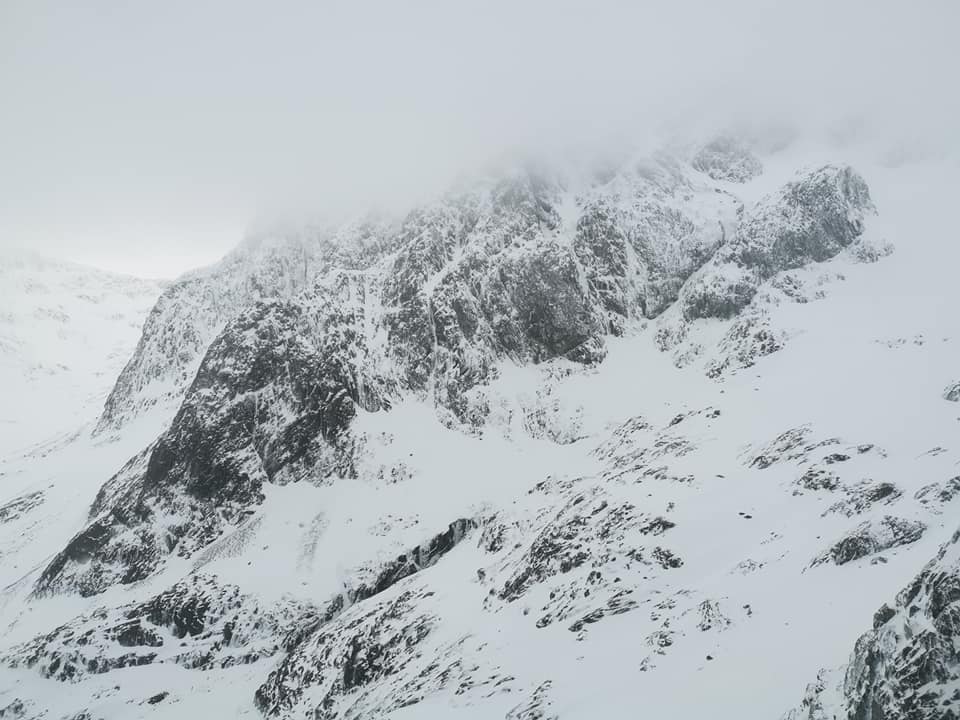 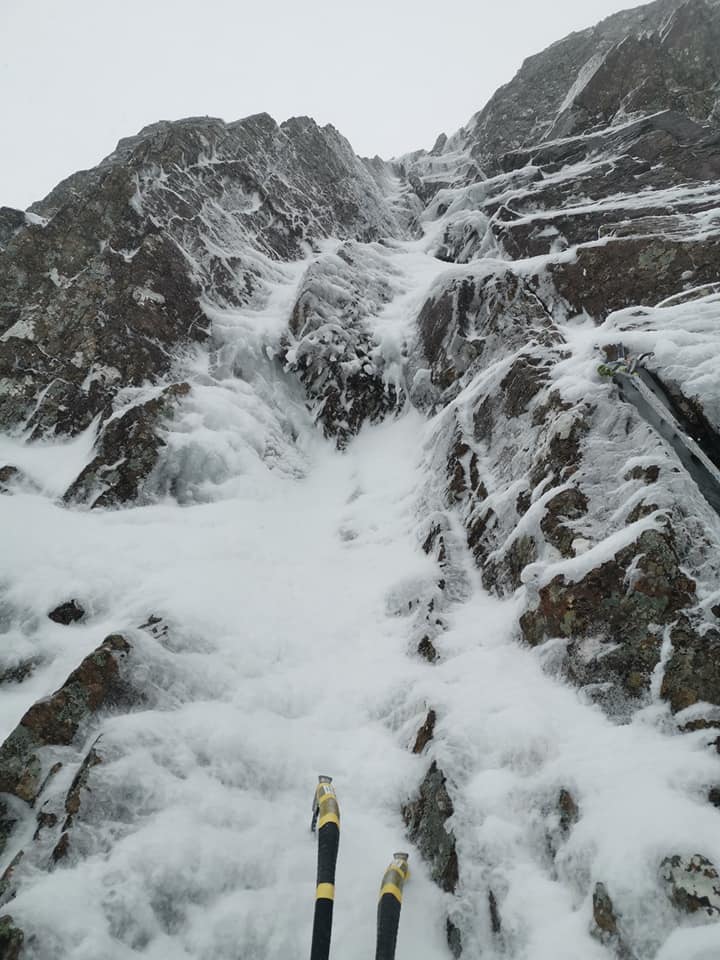 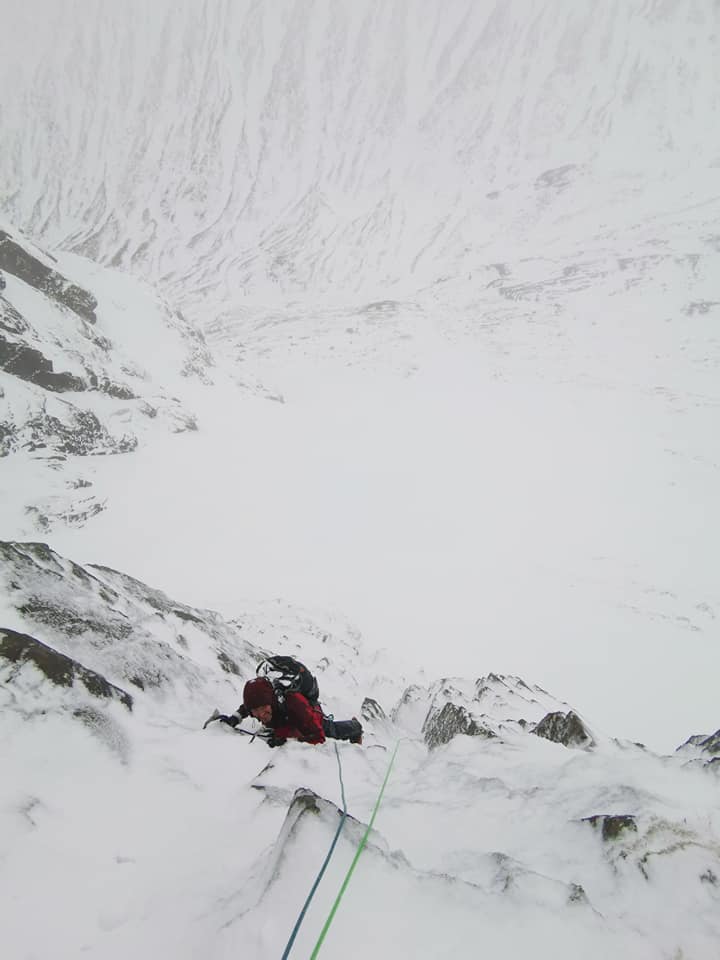 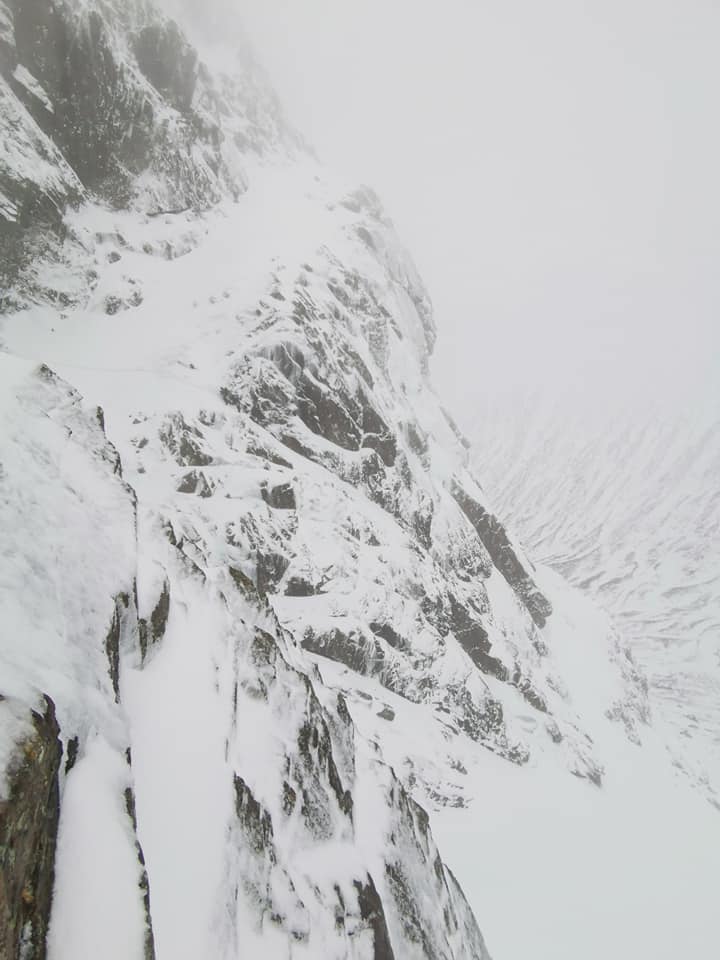 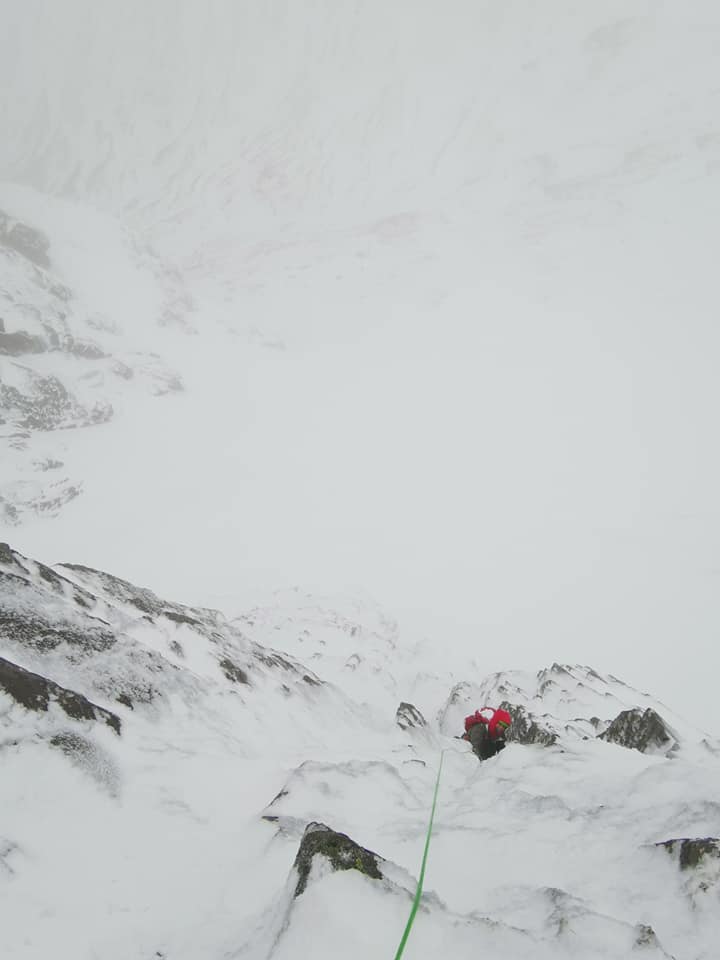 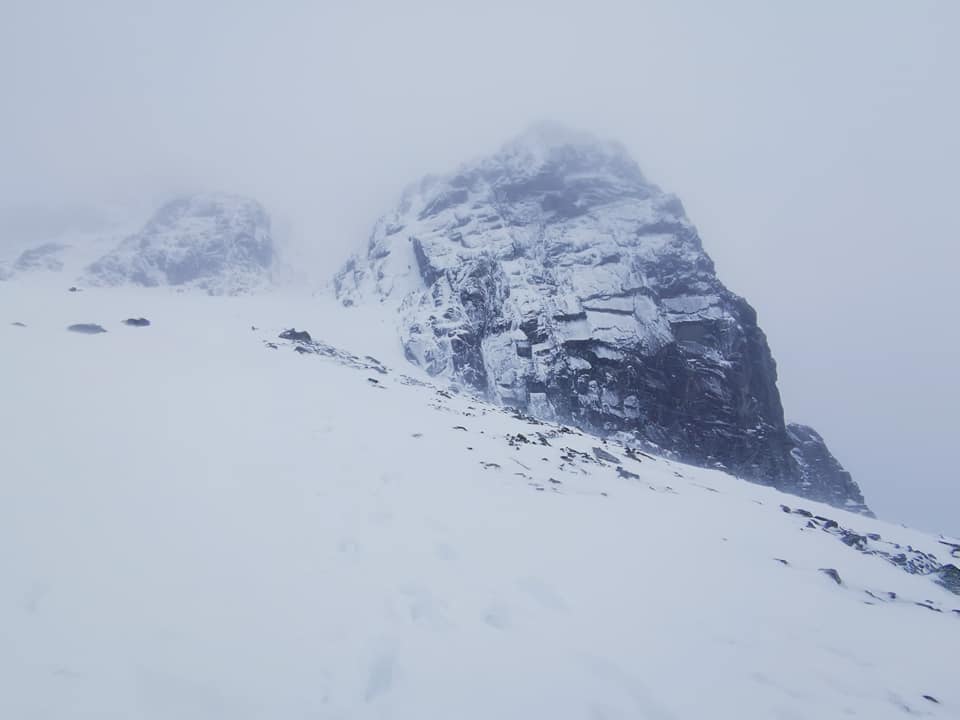 Icy on Scabbard Chimney and something to the right of Spectre, SCNL