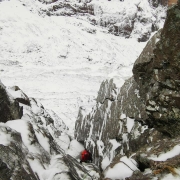 For Derek's final day and with high winds and an incoming thaw on the cards, we stayed low and climbed the atmospheric 999 on the west face of Gearr Aonach. Either there was an unprecedented volume of snow on the first ascent or the grade is a mistake, as the climbing is quite technical and with a couple of slightly overhanging moves on both the second and third pitches (good hooks and gear though). Oh, and don't expect much in the way of runners on the first pitch!

Having climbed it a few times, I would be more inclined to suggest IV,6, maybe even V,6. Still, regardless of the grade, it gave us a brilliant outing (worthy of two stars). Conditions were still pretty good on the route and whilst it was wet, there was still plenty of useful snow and the turf was still frozen. 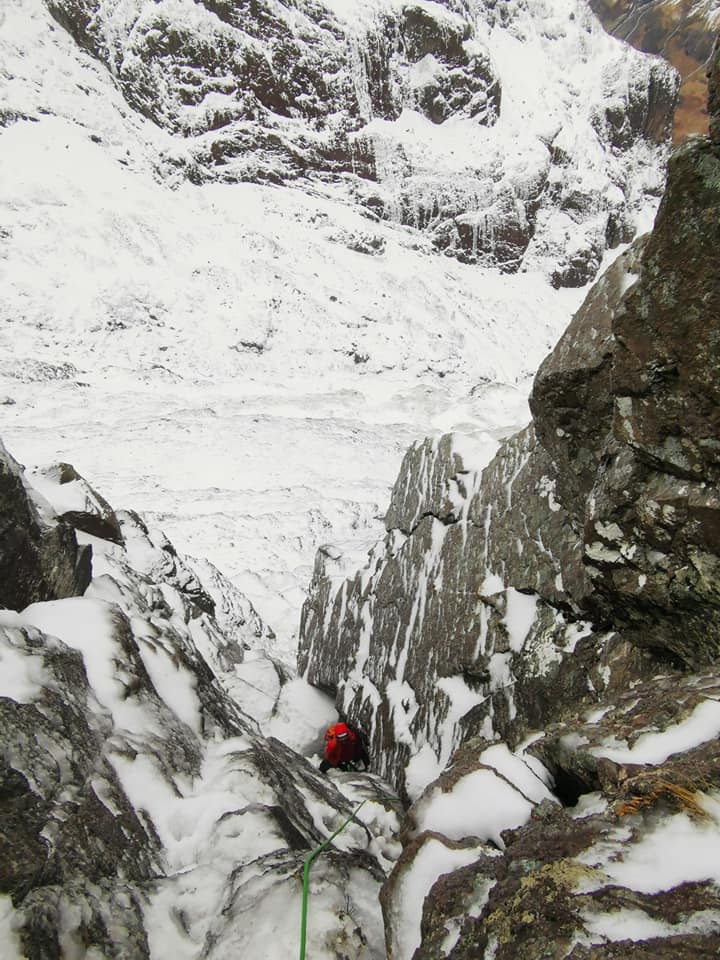 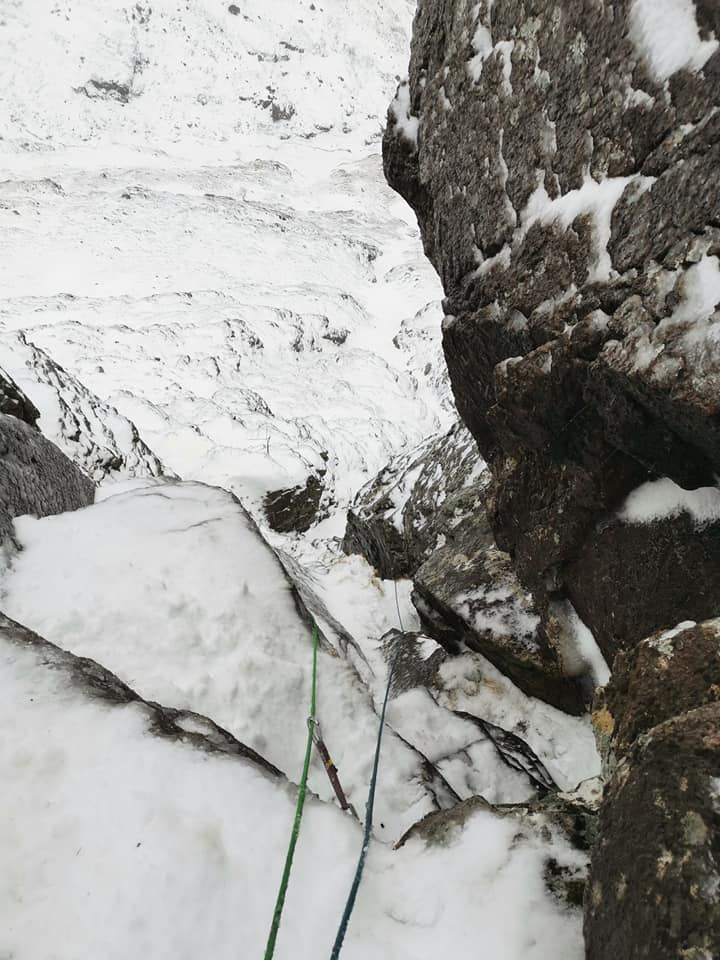 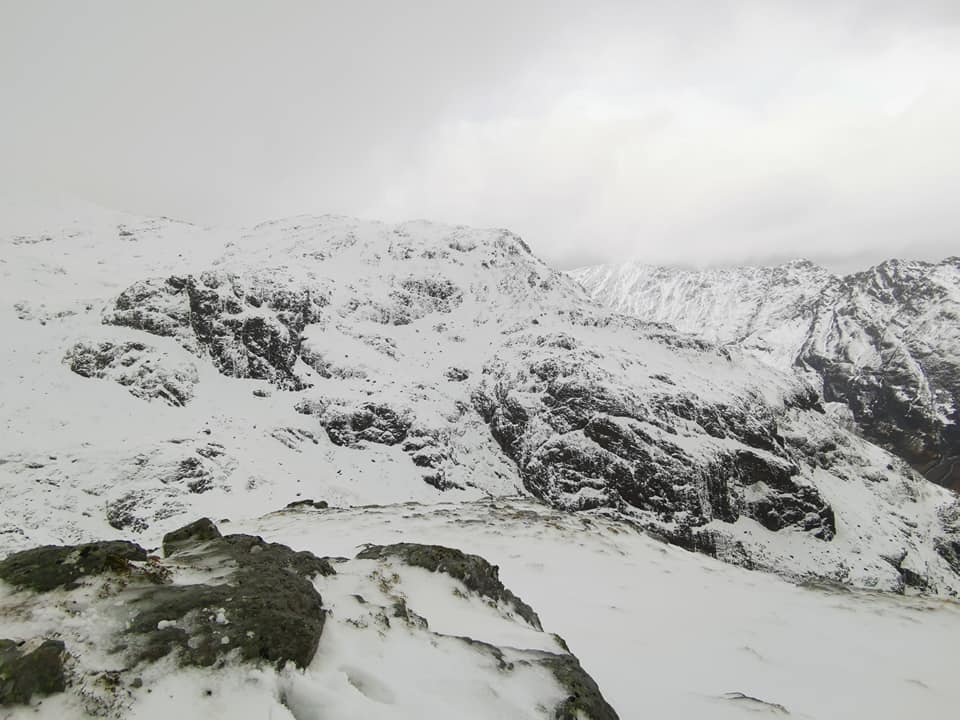 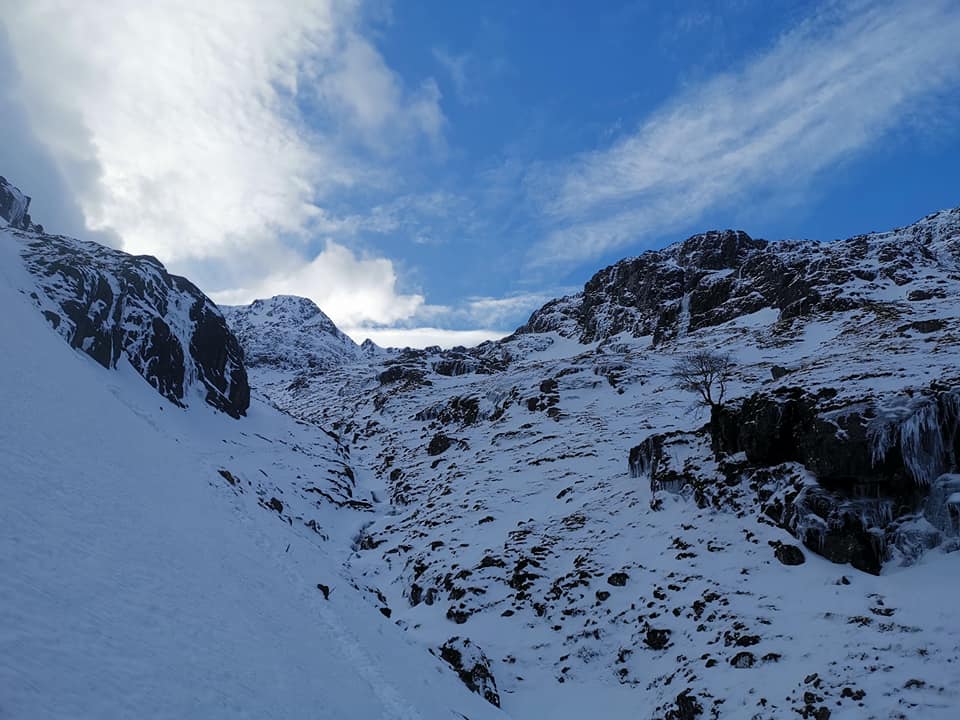