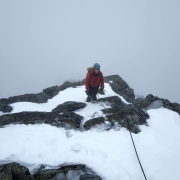 For our fourth day, Andrew and I found winter on Tower Ridge on Ben Nevis. We put crampons on at the foot of the Douglas Boulder and required them for the whole ascent. The East Gully of the Douglas Boulder was still complete, the steep pitch out was on bare rock and we were on a fair bit of snow thereafter. In fact, there was more snow on the ridge than a couple of weeks ago.

The Little Tower was still mostly banked out, as was the Eastern Traverse. The Leaning Block Chimney required climbing on the outside, as it was blocked with snow. If you were enthusiastic enough, you could tunnel through the soft snow!

The gangway to the gap was again, covered in snow, although the step into and back out of the gap was on dry rock. The final slopes still had the rain crust from the other day, which was protecting the snow somewhat and preventing it from becoming too saturated.

We popped to the summit before descending No. 4 Gully, at which point, the clouds lifted, revealing a rather spring looking Ben Nevis. Still, Scottish winter is a changeable beast and we should see some cooler conditions early next week. 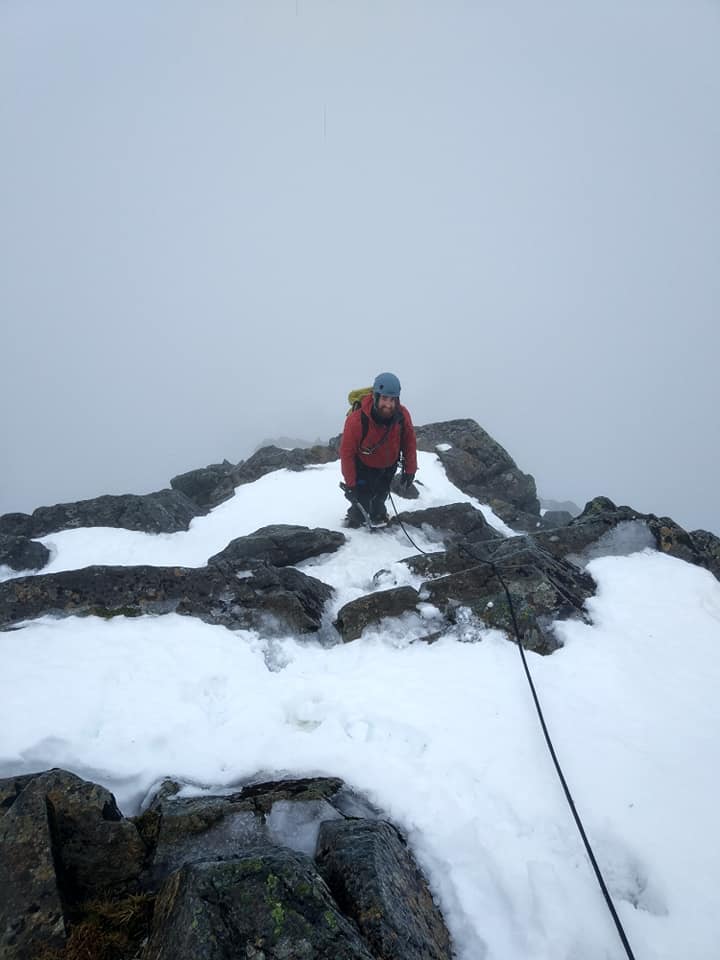 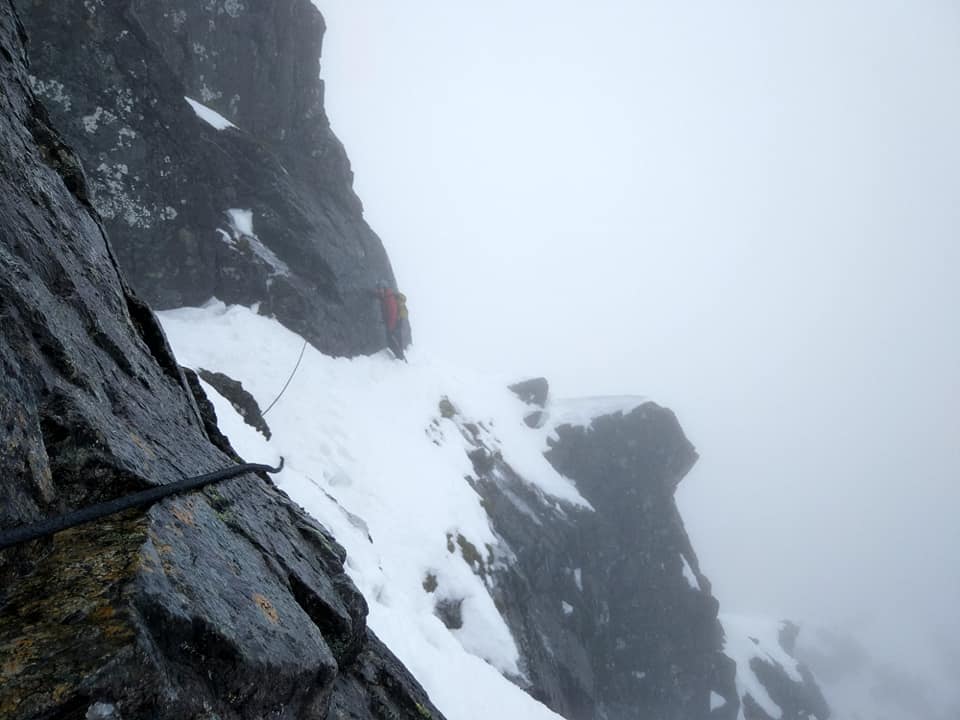 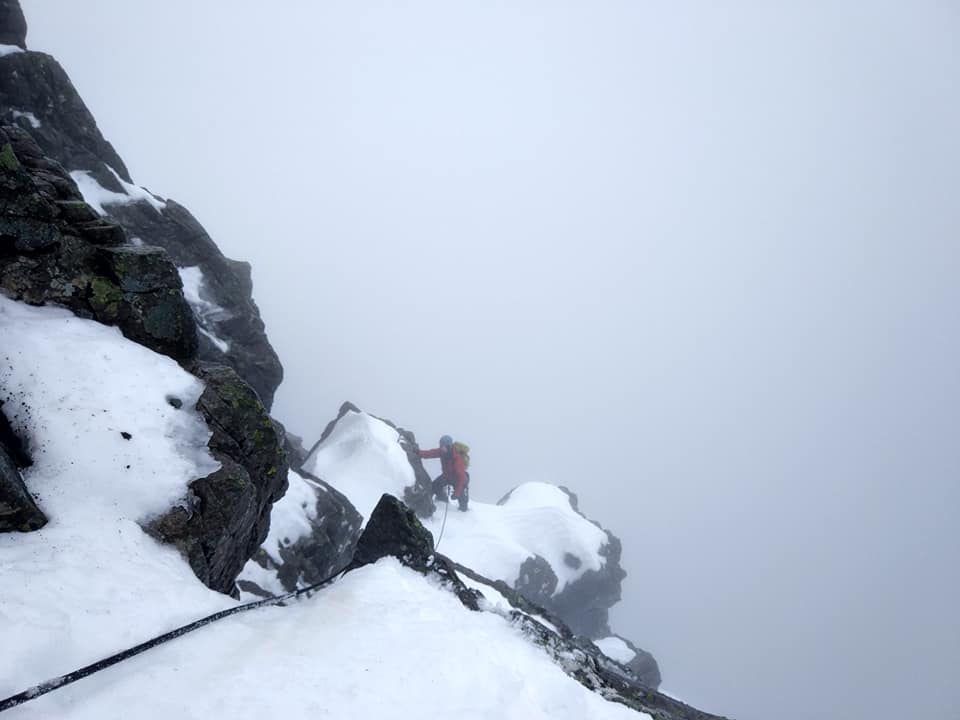 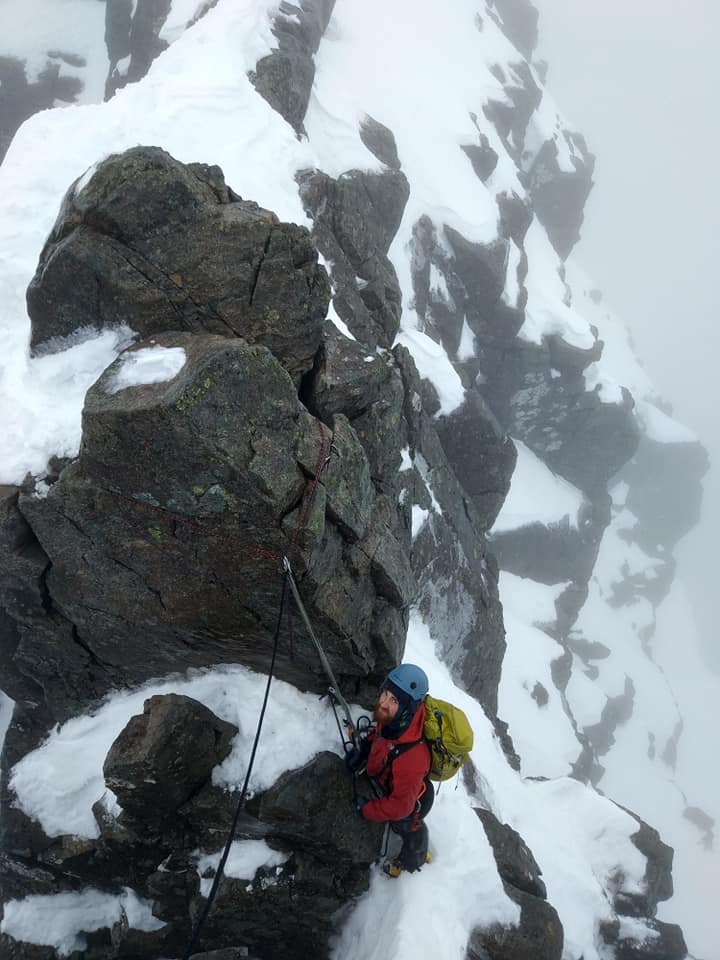 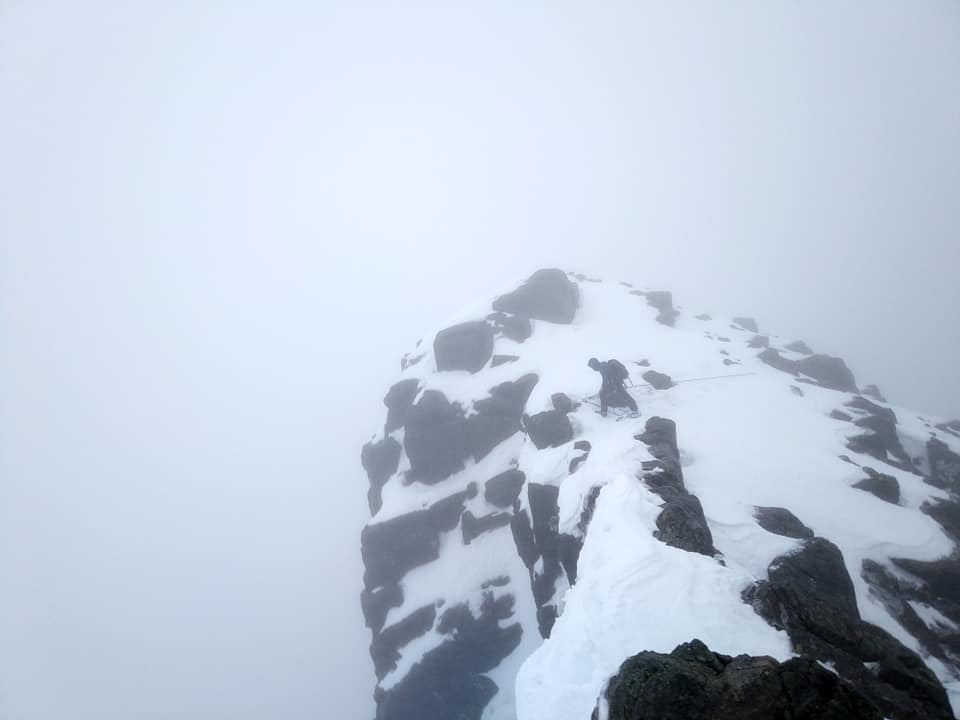 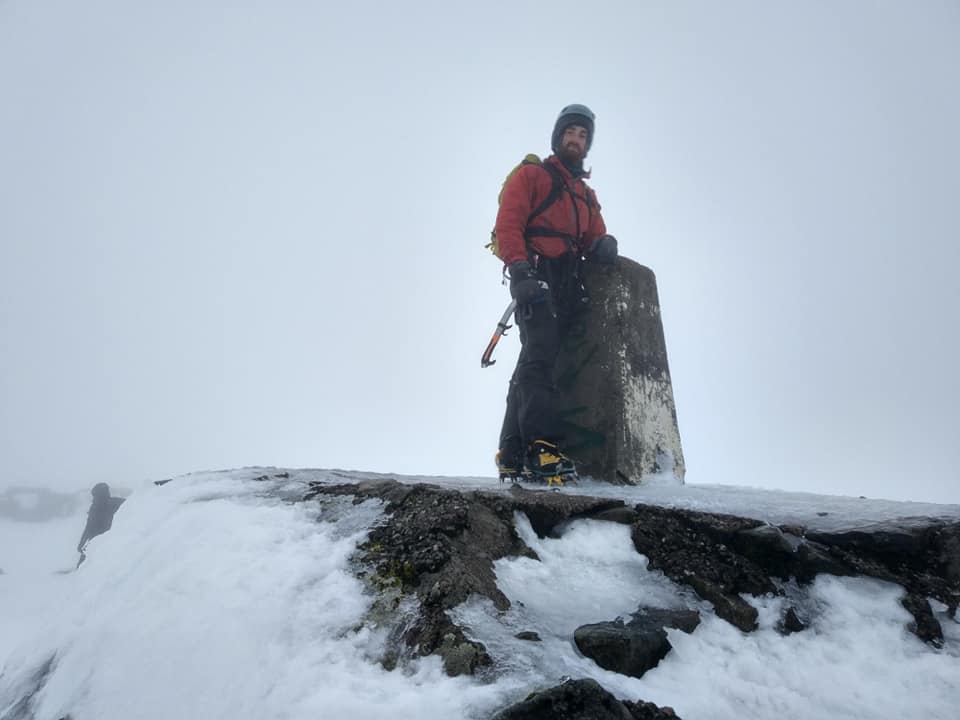