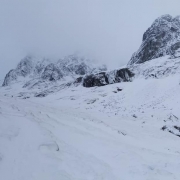 Day 4 with Nick and Chris and we headed back up Ben Nevis with our sights set on Castle Ridge, which Nick has done before, but as a bare rock route. Today, conditions were at the opposite end of the spectrum with so much snow on the ridge, far more than I've ever encountered up there.

Many of the shorter rocky steps were completely buried, allowing for quick progress and the two main crux pitches were both much shorter than usual. Still, the volume of snow only added to the atmosphere and things felt almost Himalayan at times! We descended the NW flanks of Carn Dearg, which gave a quick and straight forward descent.

The ice is forming well up there, routes such as Norwand and Boomer's Requiem aren't far off being climbable. We'll see another brief thaw tomorrow, before a return to cooler conditions and yet more snow on Sunday and into next week. The second half of this winter is certainly making up for the first half and turning out to be very snowy and icy.

I've also uploaded an amazing shot of Buachaille Etive Mor, taken last Thursday by Dynamic Scotland Photography. Incredibly, Sylvan took it whilst I was topping out of Shelf Route and was able to pick me out. Head over to his page to see more of his excellent work! 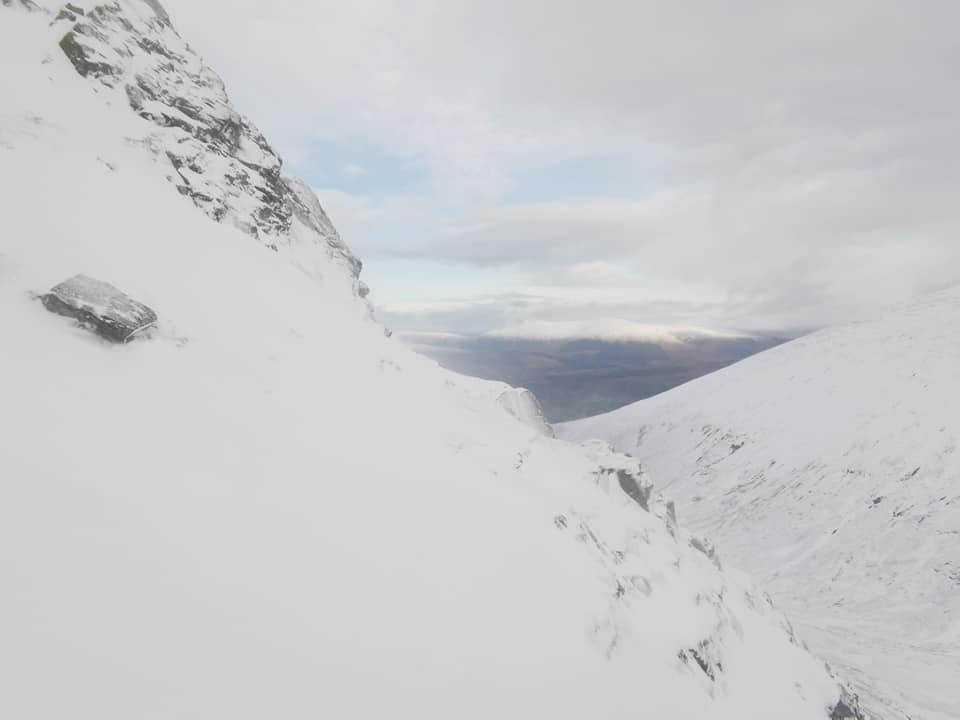 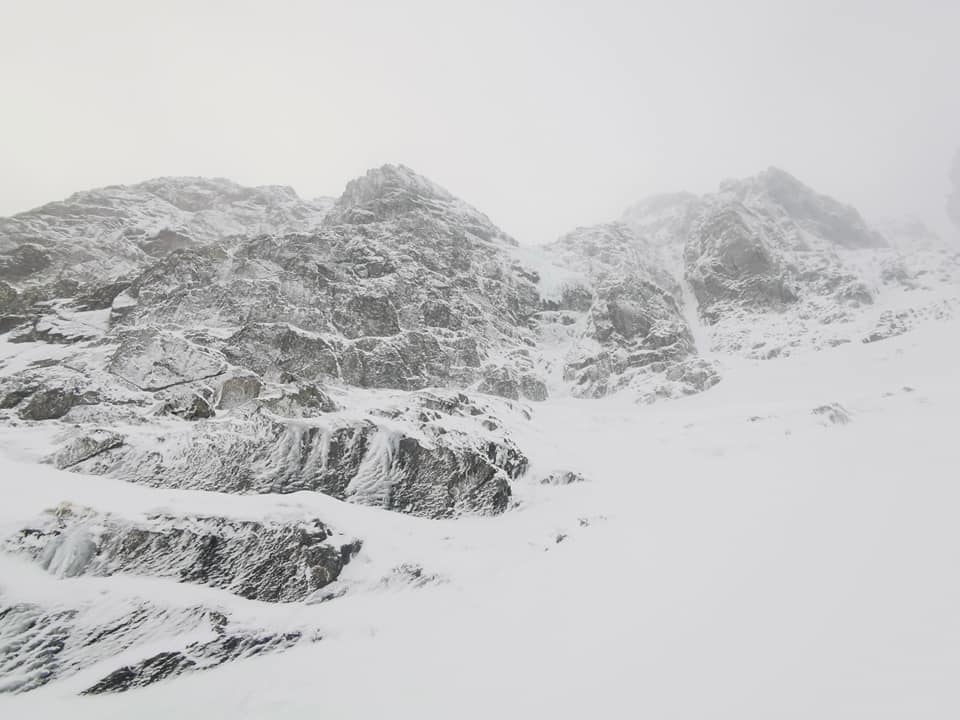 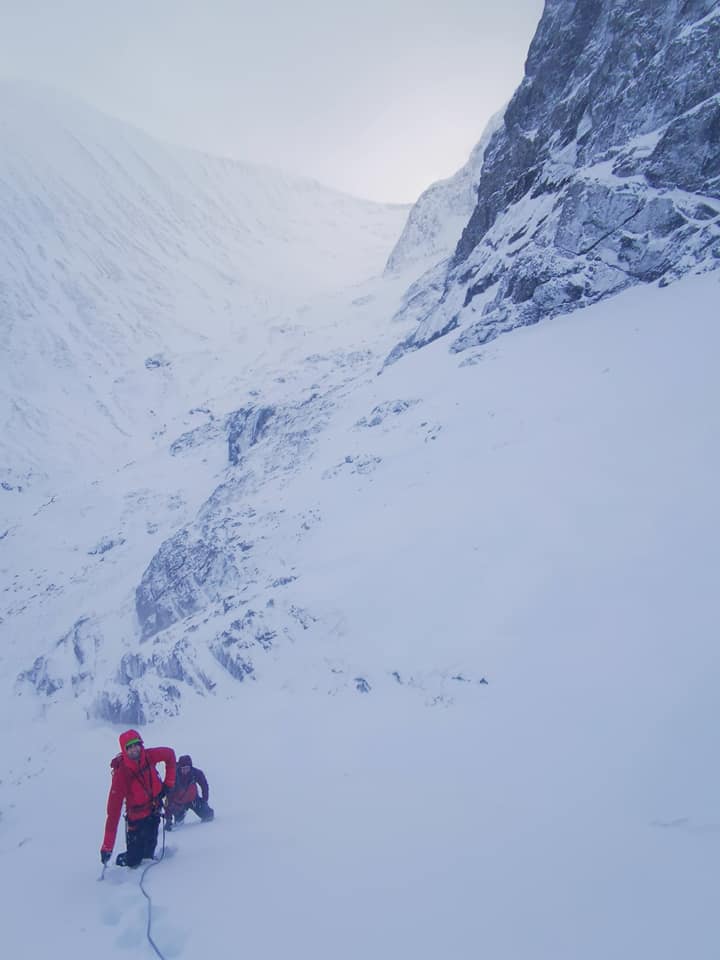 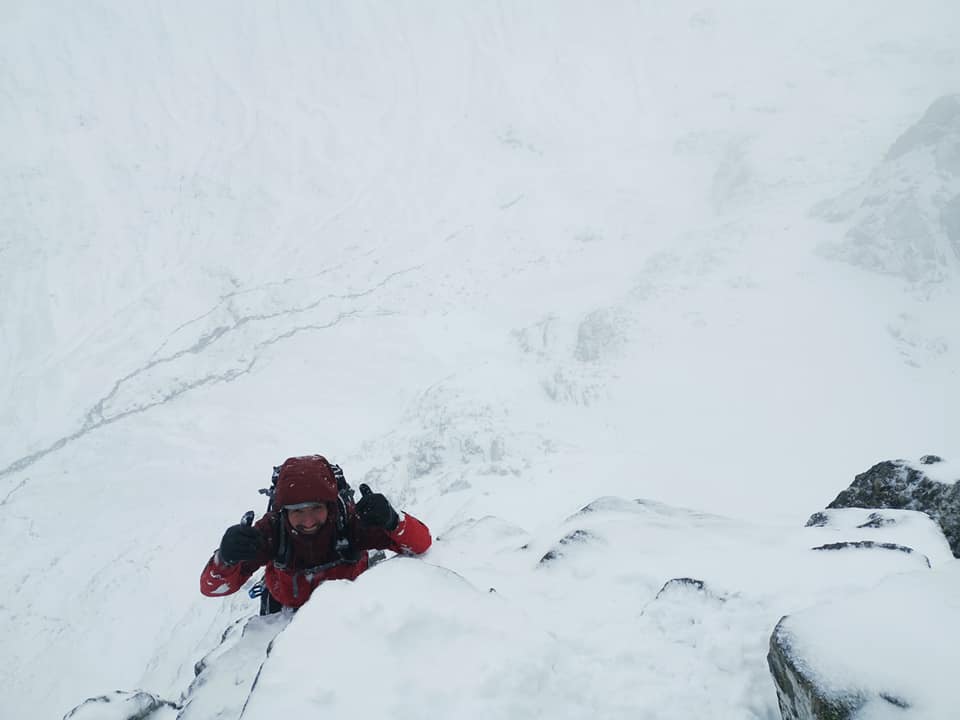 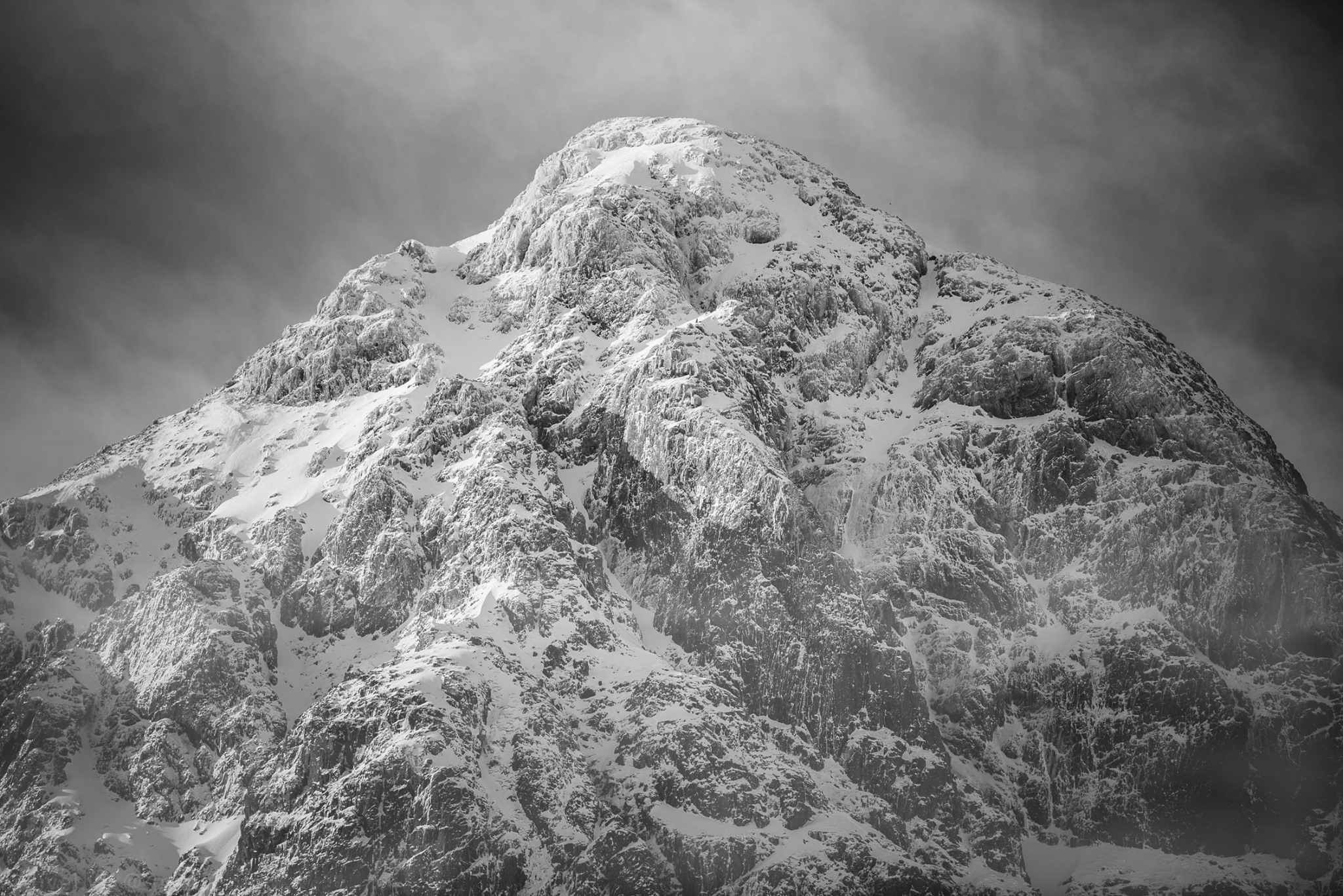