We're running our CIC Hut Climbing Week on Ben Nevis this week and have had three brilliant days so far. Due to the distribution of snow and associated avalanche hazards, we've been exploring the First Platform and Minus Face and racked up a far bit of mileage on the routes around there. The routes on the First Platform (Green Hollow Route, Bayonet Route and Ruddy Rocks) are all climbable, but they are a bit thin in places and quite tricky to protect.

To the right of Slingsbys Chimney, there are a number of routes that have seen a lot of action recently. Right-Hand Wall Route is an overlooked route, which is currently in great condition and well worth seeking out. The top pitch follows a series of shallow but well iced grooves and whilst poor for screws, gives excellent and steady climbing.

Today, we took our teams up Minus 2 Gully (well hooked out) and continued up a super snowy North East Buttress, which felt quite Himalayan in character. We popped over to the summit and then had a look into Coire Leis by where the abseil posts used to be, but decided against descending there due to the risk of triggering an avalanche, so instead continued route the Carn Mor Dearg Arete and dropped back into Coire Leis much further round. 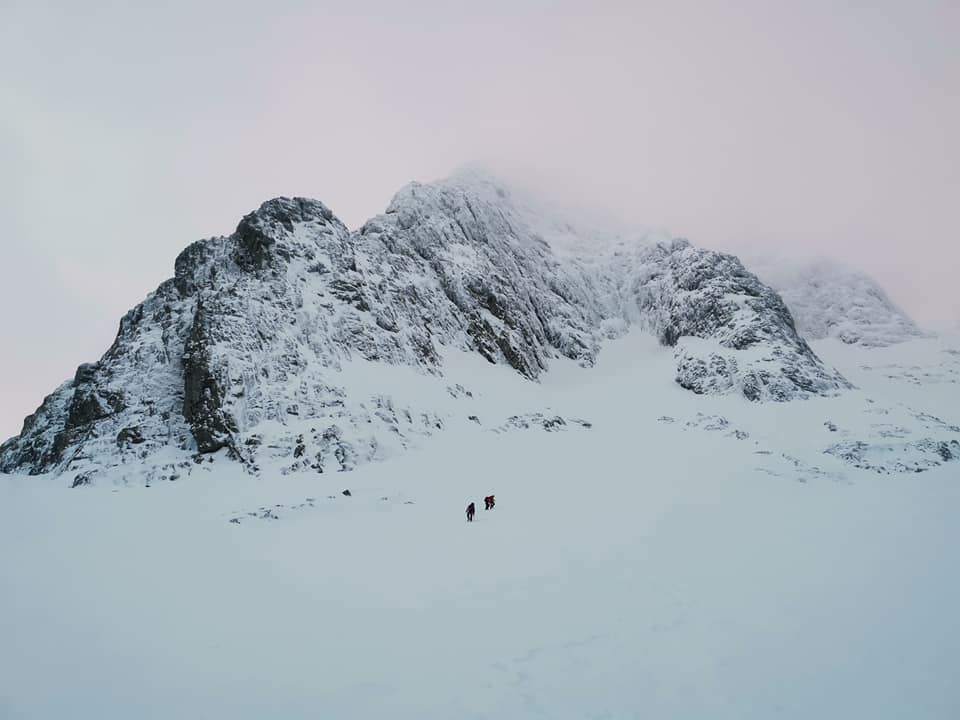 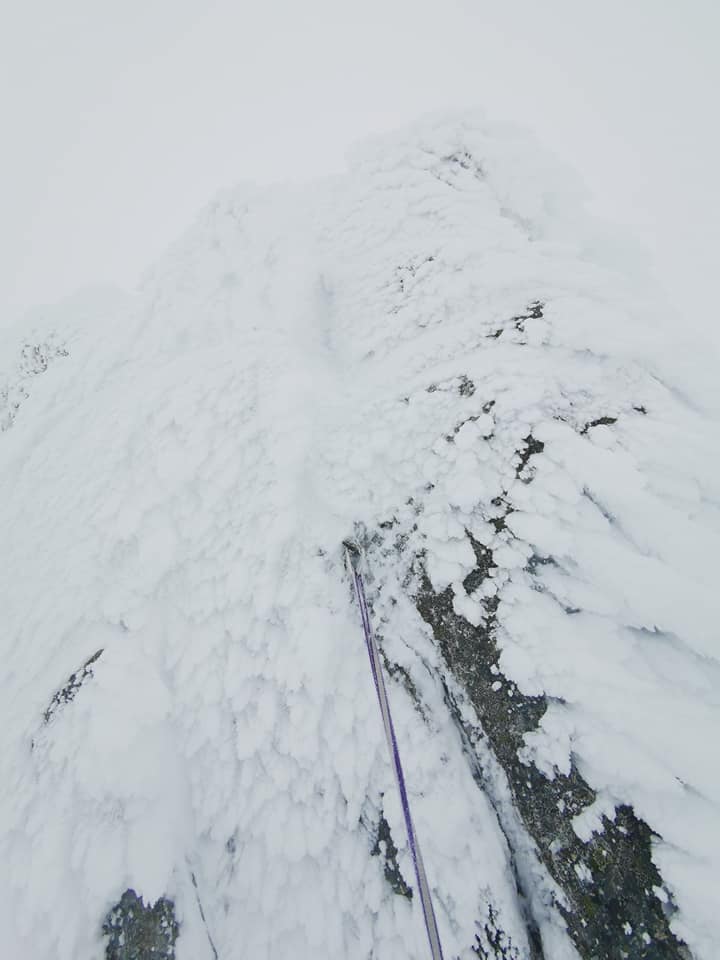 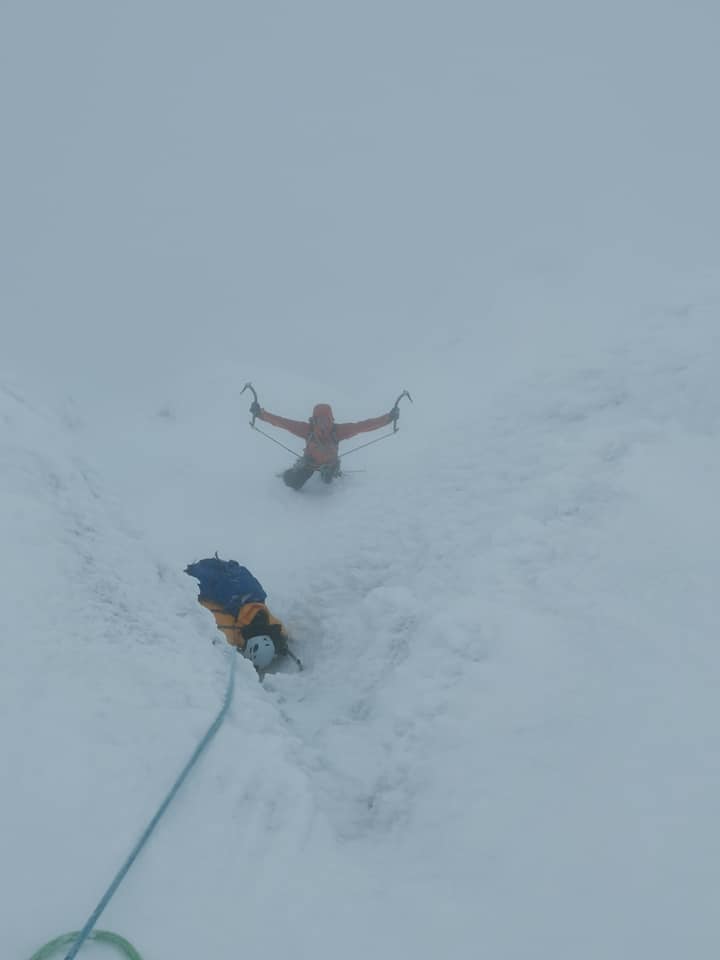 Our second team round up.