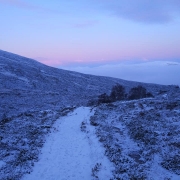 I was back on Ben Nevis today, this time with Clay, who had an ascent of Ben Nevis via Tower Ridge on his tick list before heading back to the States.
With all the fresh snow we've had recently, an ascent of Tower Ridge was never going to be easy, but we followed a pair up to the approach of the Little Tower before taking the lead. The going was quite tough at times, but all this fresh snow has made some sections a little easier.

Some sections of the Little Tower and the Eastern Traverse were banked out with soft snow, and the Fallen Block Chimney was still a chimney, with some helpful snow in the back to aid progress. The traverse of Tower Gap was atmospheric as always! On topping out, we visited the summit. Not a bad introduction to Ben Nevis for Clay!

Unfortunately, the clouds descended whilst we were climbing, so we didn't get much in the way of views, but with light winds and plenty of snow, it's hard to complain!

Just a reminder that we have a space on a grade III/IV guided week 11-15 February £730, so please get in touch if you're interested!
. 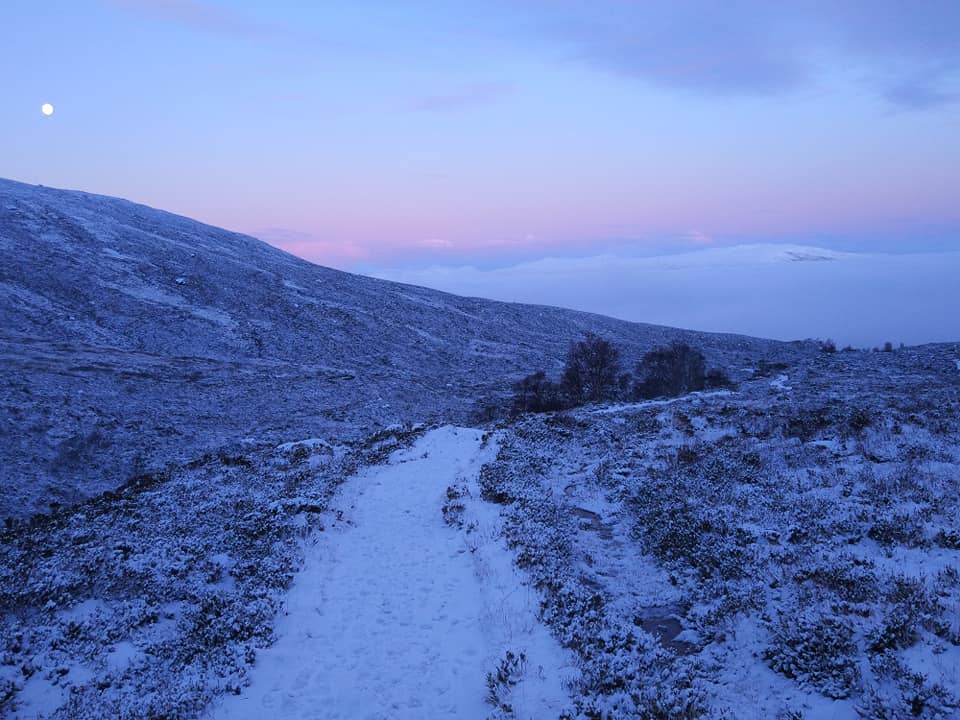 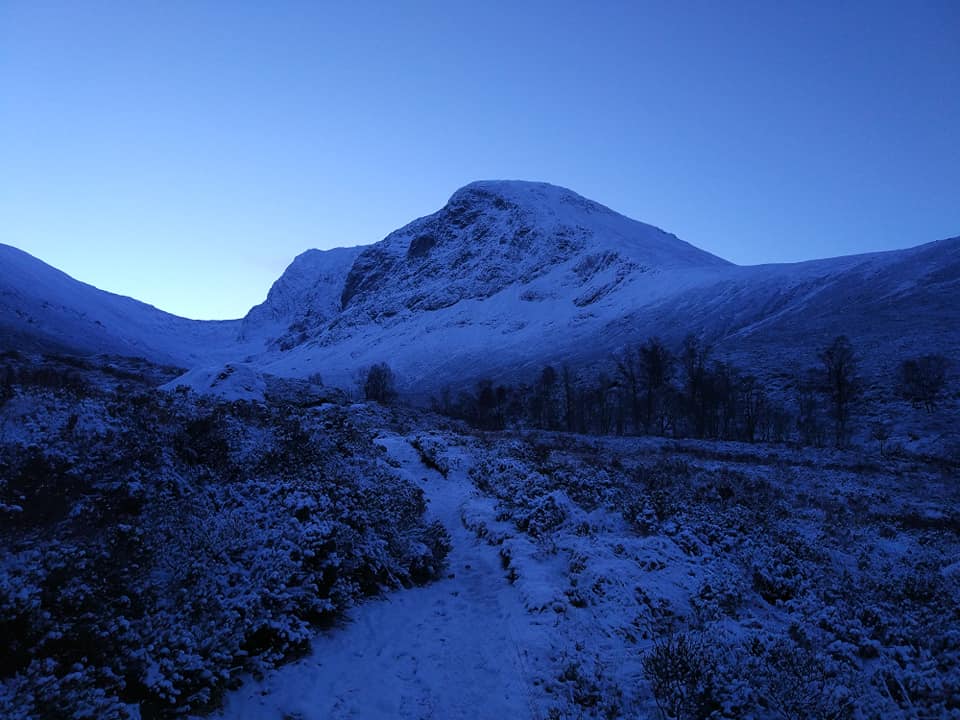 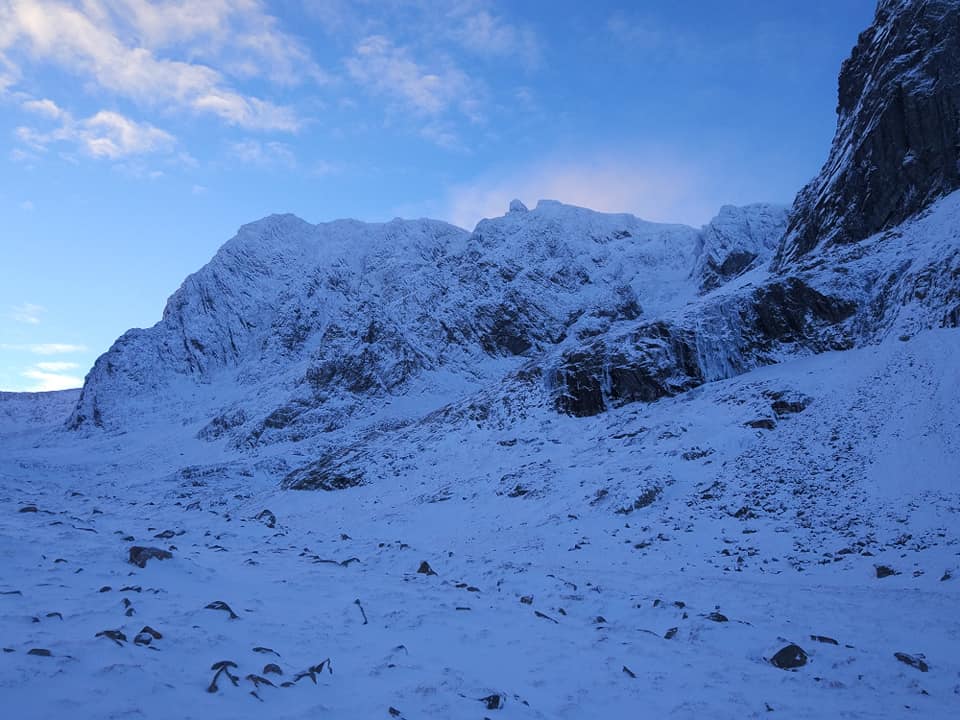 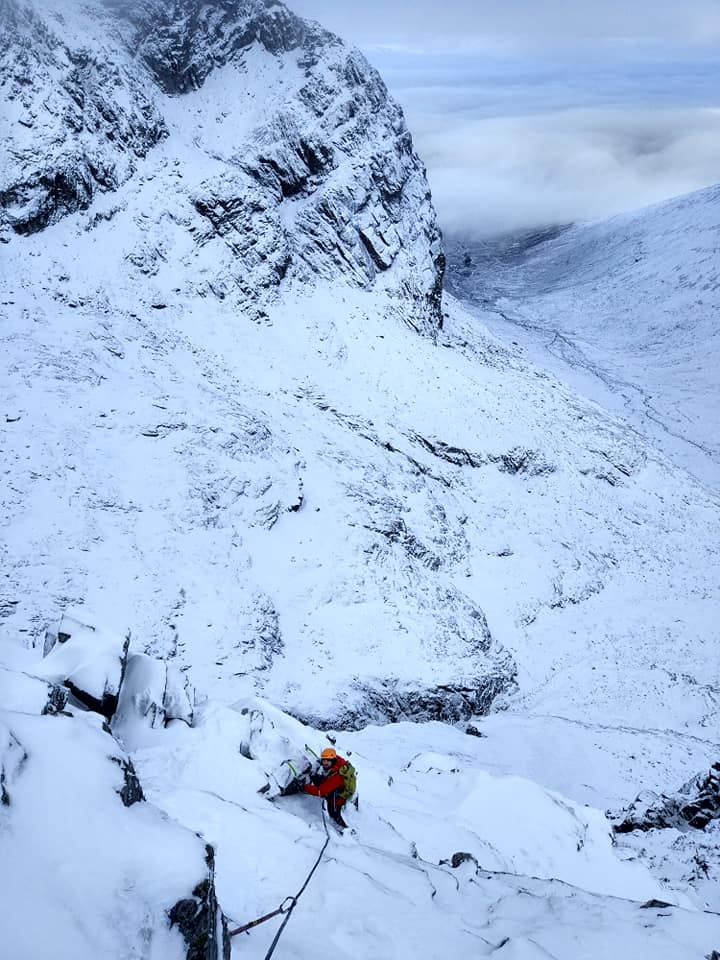 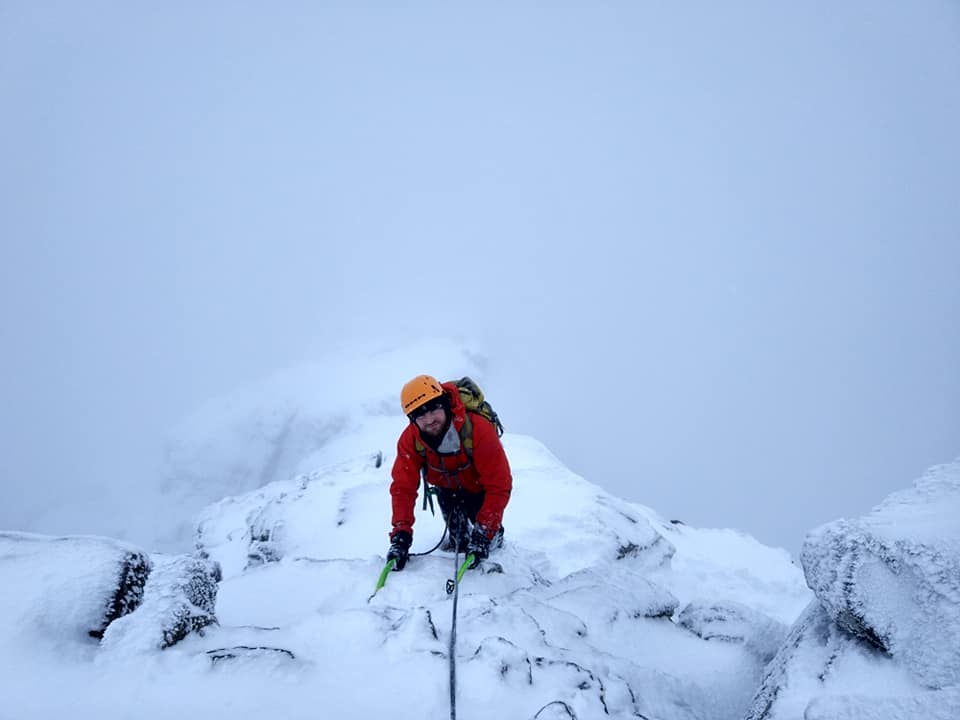 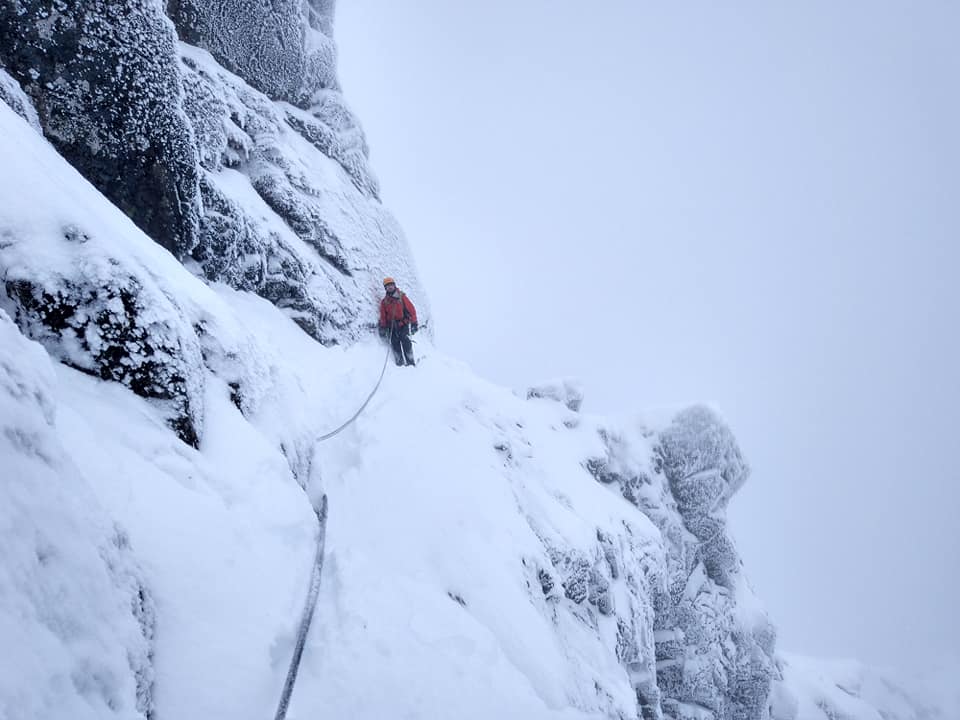 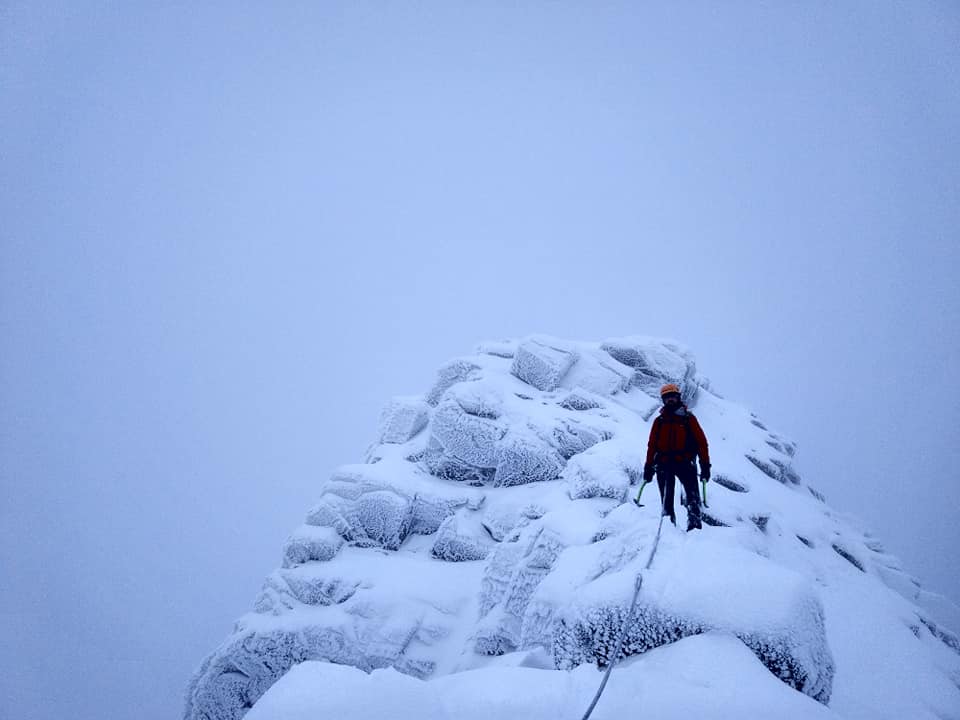 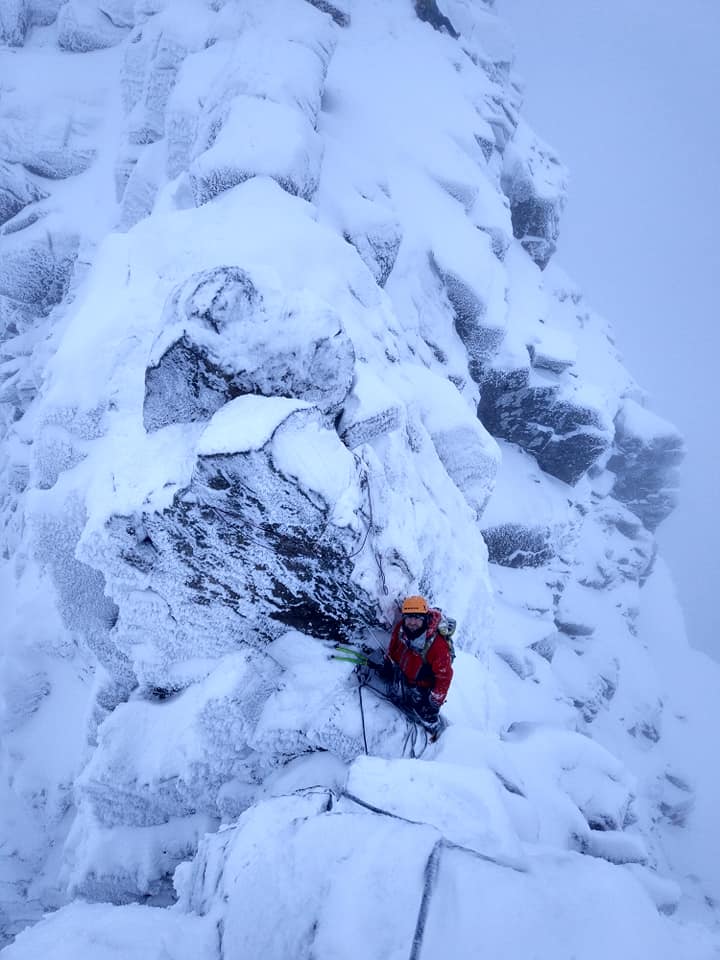 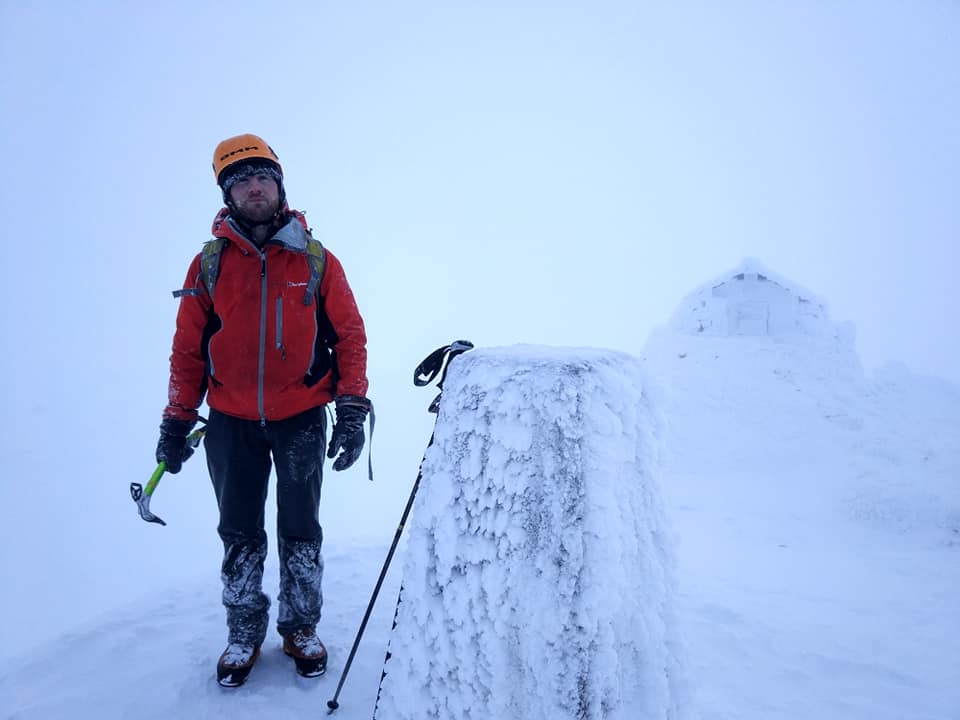 Social day on the SW Ridge of the Douglas Boulder

Join our 2019 winter mountaineering and climbing courses. They're filling...
Scroll to top