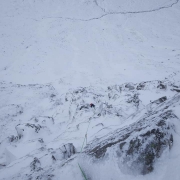 With plenty of overnight snow having been brought in on strong westerly winds, Neil and I made our way round to the Summit Ribs on the West Face of Aonach Mor, which as expected, was quite scoured. There, we climbed Daim Buttress, a route that gets far less attention than it deserves. We weren't complaining though, as we had it all to ourselves today.

The first couple of pitches are up steep vegetation, which was frozen enough where needed. After that, the route steepens and provides a few excellent pitches of mixed climbing at about III,4 before easing off. Neil enjoyed the climbing and felt it to be a better route than Western Rib and Castle Ridge! The climbing is certainly more sustained and more balanced than on Castle Ridge.

There were a couple of teams on both Golden Oldie and Western Rib, but other than that, it was a quiet day on the West Face. We had good views over to Ben Nevis and the Mamores until we topped out, at which point the weather closed in. 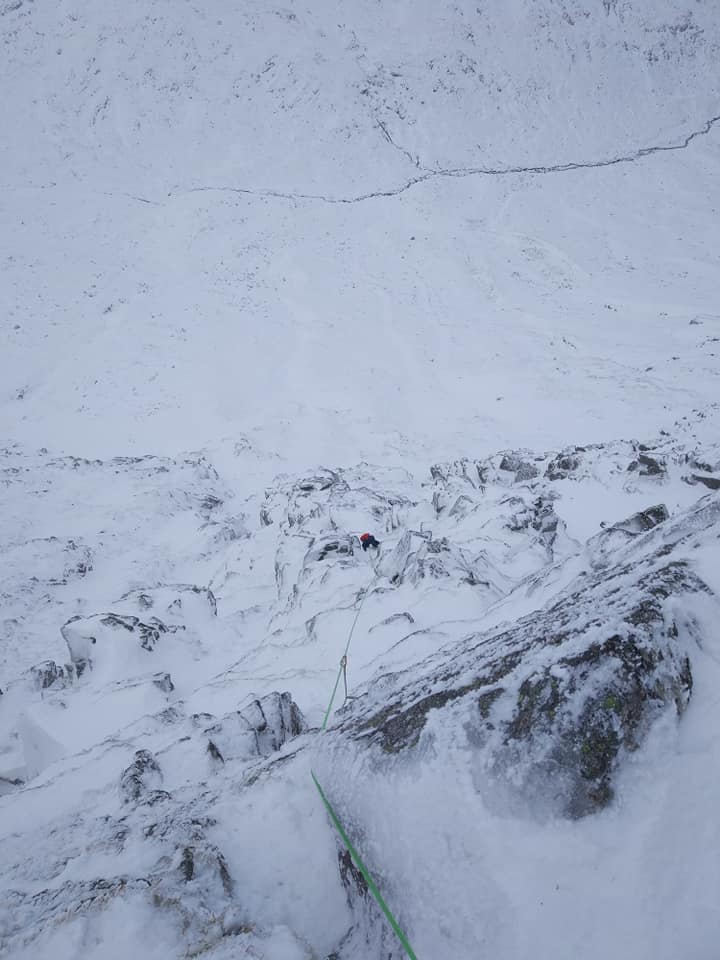 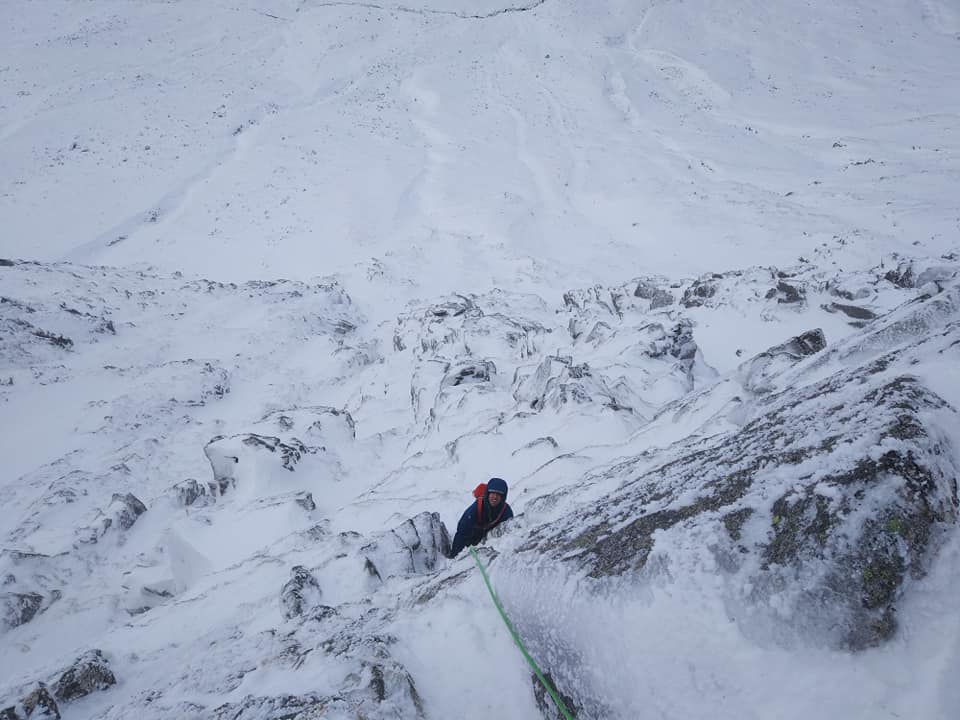 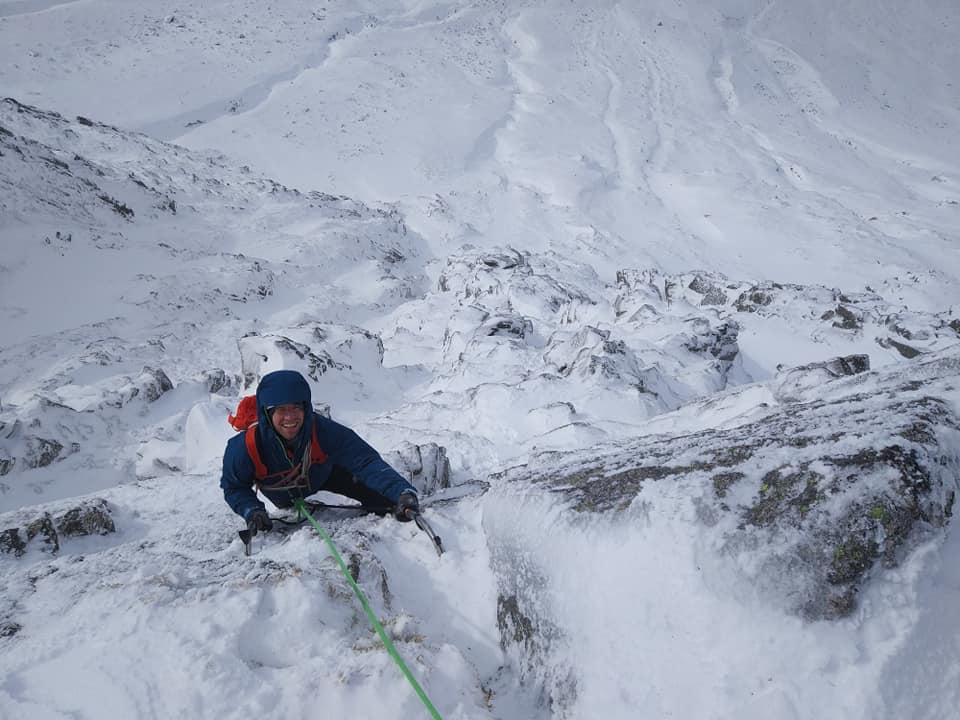 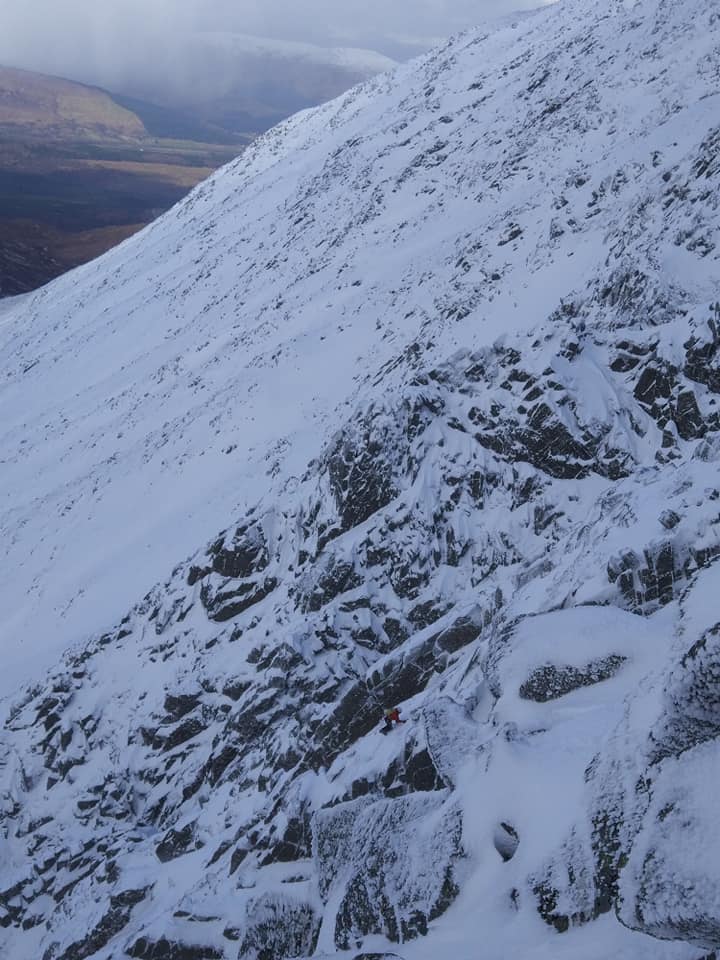 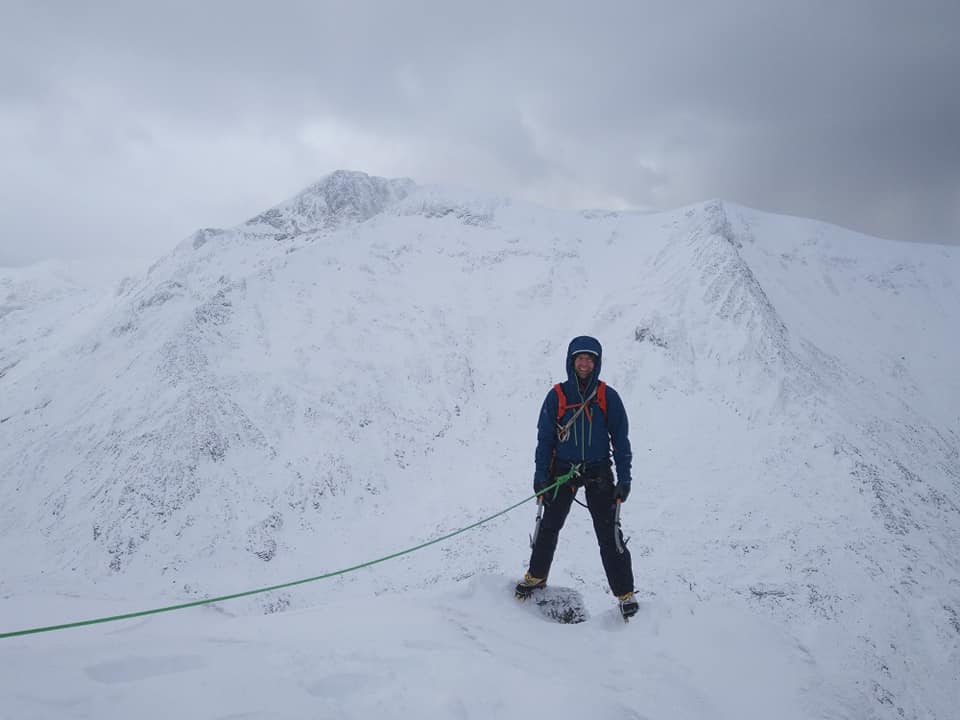