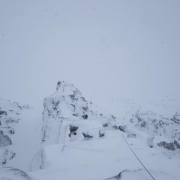 After encountering firm snow/ice on the western flanks of the north ridge of Stob Coire nan Lochan yesterday (and plenty of deep, soft snow on Raeburn’s Route), Rob and I went up to the Summit Ribs on the West Face of Aonach Mor, hoping to find things more consolidated up there. We weren’t alone, as fellow members, Alan, Dave and Tom, also had similar plans.

The snow on the approach wasn’t too deep and we all geared up a bit sooner than normal (for this season), as the snow became quite icy as we got closer to the Summit Ribs.

Al and Dave veered off to guide Golden Oldie, whilst myself with Rob and Tom with Steven enjoyed Western Rib, which was brilliant, with a good mixture of frozen turf, consolidated and fresh snow and plenty of rime. It all felt like it should do for this time of year!

Despite the poor visibility, there were also plenty of folk out enjoying the fresh snow at Nevis Range. 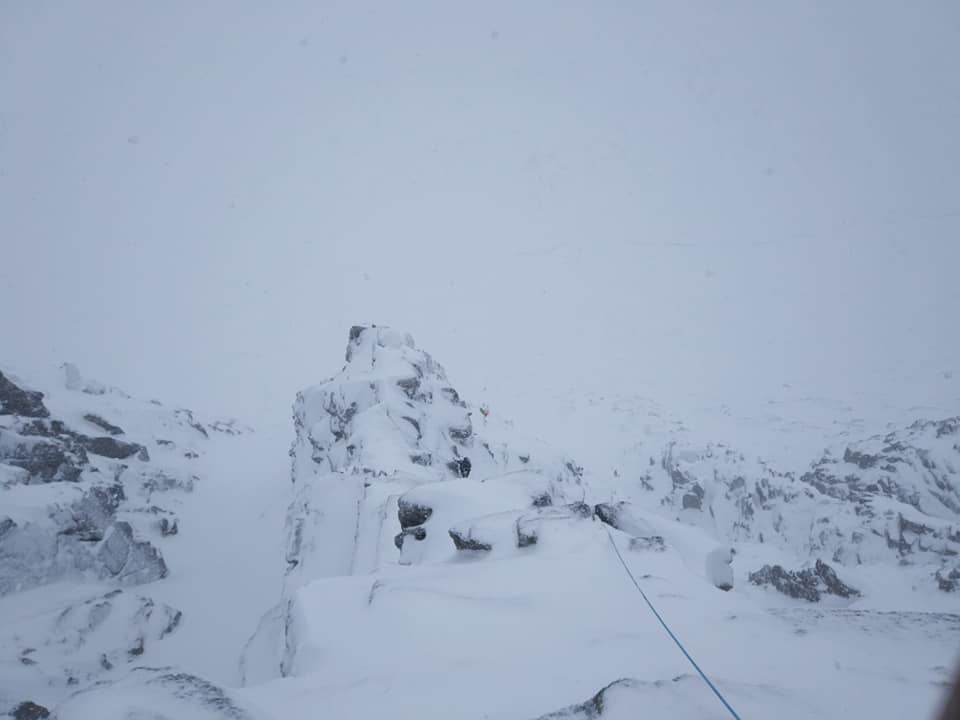 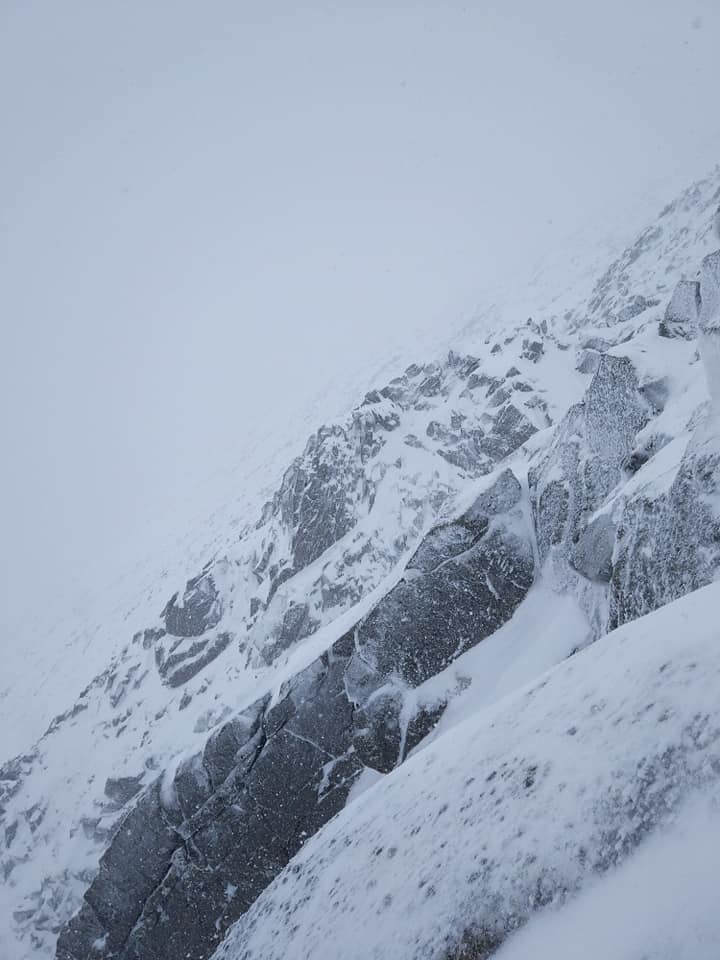