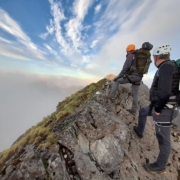 Josh, Mehmet and Dave started their weeks with a perfect weather window for traversing the Cuillin Ridge. Monday and Tuesday was some of the best weather you could get for traveling efficiently on the Ridge, perfect visibility, cloud cover and dry rock.

Foreseeing the Ridge would be busy both teams set off early but staggered by 30min. A 6:30am-start paid off for Dave, Scott and Ian who had a clear run right to the Bivi, even at the In Pinn where one other team led by John Briggs who were on the summit let them past to abseil first. The team arrived at the Bivi at 4:30pm to relax as the cloud begin to clear and the warmth of the sun came through.

Josh with Stephen & James were being observed by Mehmet who was there to learn more about the Ridge and guide traverses in the future. They took similar routes to the other team bypassing the climbs and major bottlenecks but found the Ridge to be busy. That evening at the An Dorus Bivi there were 4 teams and 3 teams passed pushing on to Glac Mhor.

Day 2, both teams keen to get ahead and not be caught up in the Bottlenecks or caught in the afternoon rain had an early start. Dave, Scott, and Ian left the Bivi site at 5am, they made great time over Sgurr a Mhadaidh and managed to overtake 2 guided teams who had pushed on to Glac Mhor, this gave them a clear run over Bidein Druim nan Ramh and on to Summit Sgurr nan Gillean for 11:10am

Congratulations to Stephen, James, Scott and Ian for completing the Cuillin Ridge. 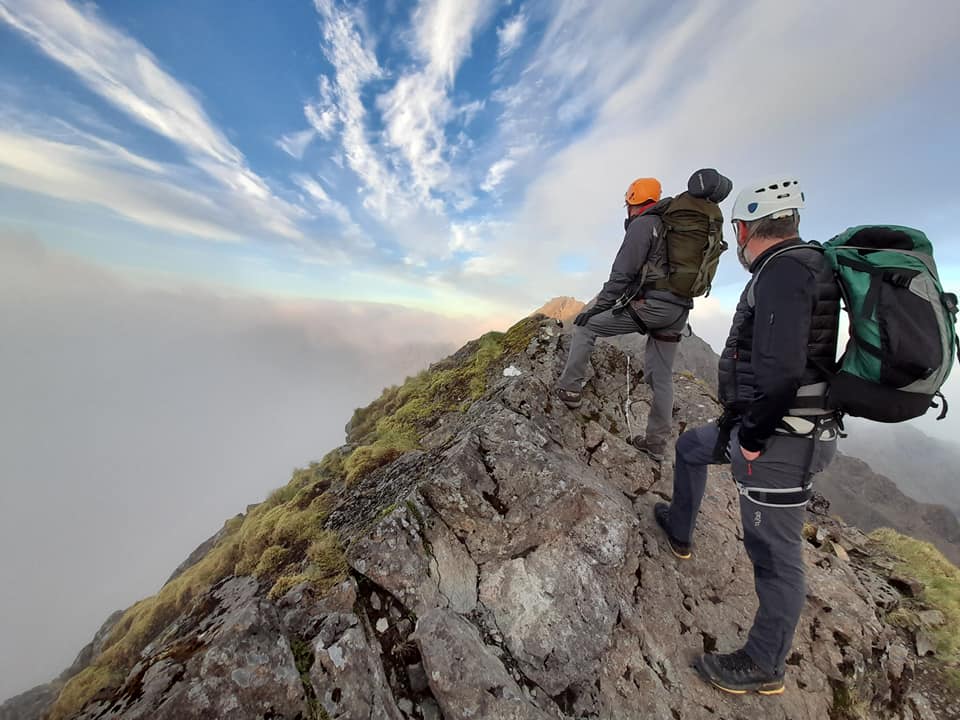 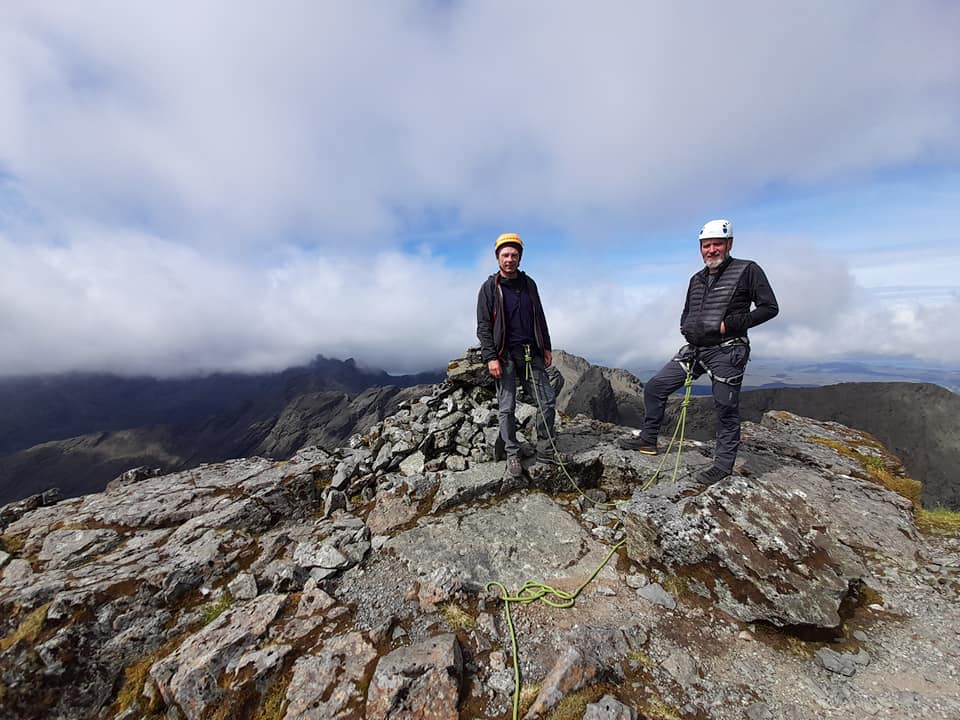 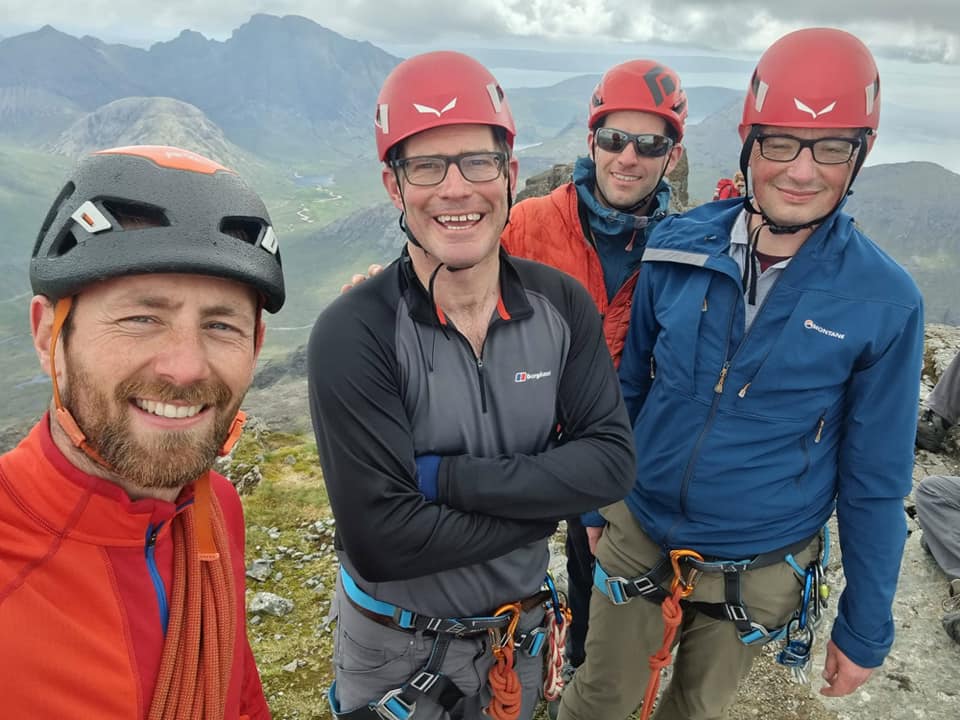 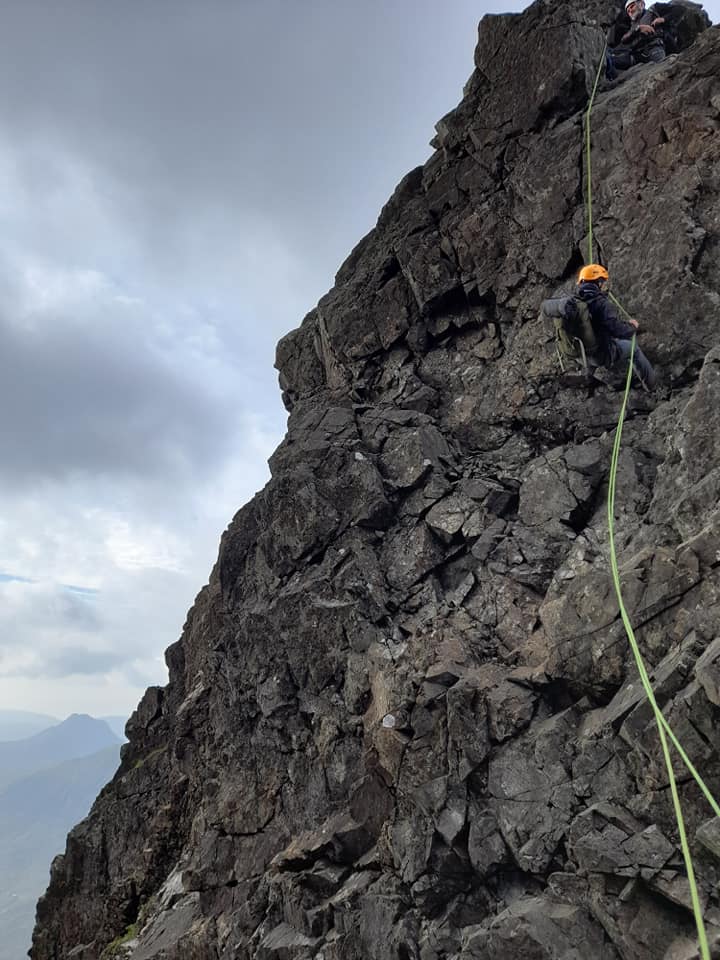 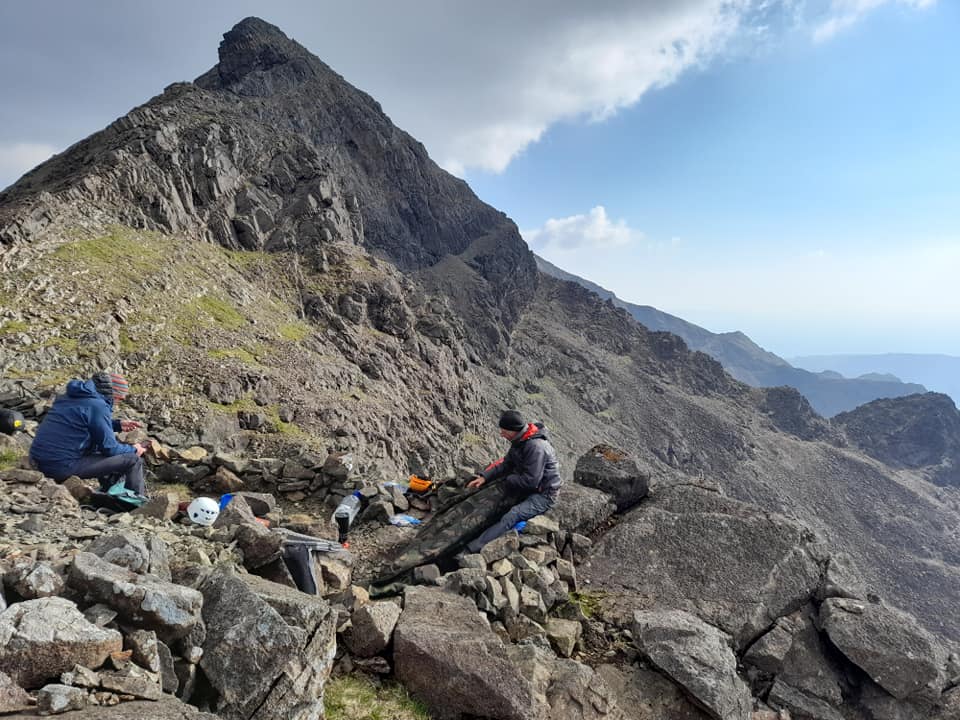 Something a bit different: Mount Triglav with Triglav Tours

Sublime conditions on the Cuillin.
Scroll to top