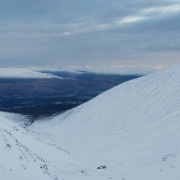 For the fifth and final day of our CIC Hut Week, Neil, Paul and I wrapped things up with an ascent of Minus 3 Gully, another route that has been seeing a lot of attention recently. With an early start, we were well ahead of the hoards and enjoyed a relaxed ascent, before abseiling back down Slingsby's Chimney. The weather closed in a bit earlier than expected and brought with it some sizeable volumes of spindrift piling down the Minus and Orion Faces.

The two steeper steps of ice on Minus 3 Gully are starting to show signs of wear from the numerous recent ascents, so this current thaw followed by a re-freeze should help restore the ice and generally improve conditions higher up the mountain as well as hopefully getting rid of some of the huge cornices that are sitting above large areas of Coire na Ciste.

With the sheer volume of snow and upcoming conditions, we can expect this season to continue well into April (and beyond?). 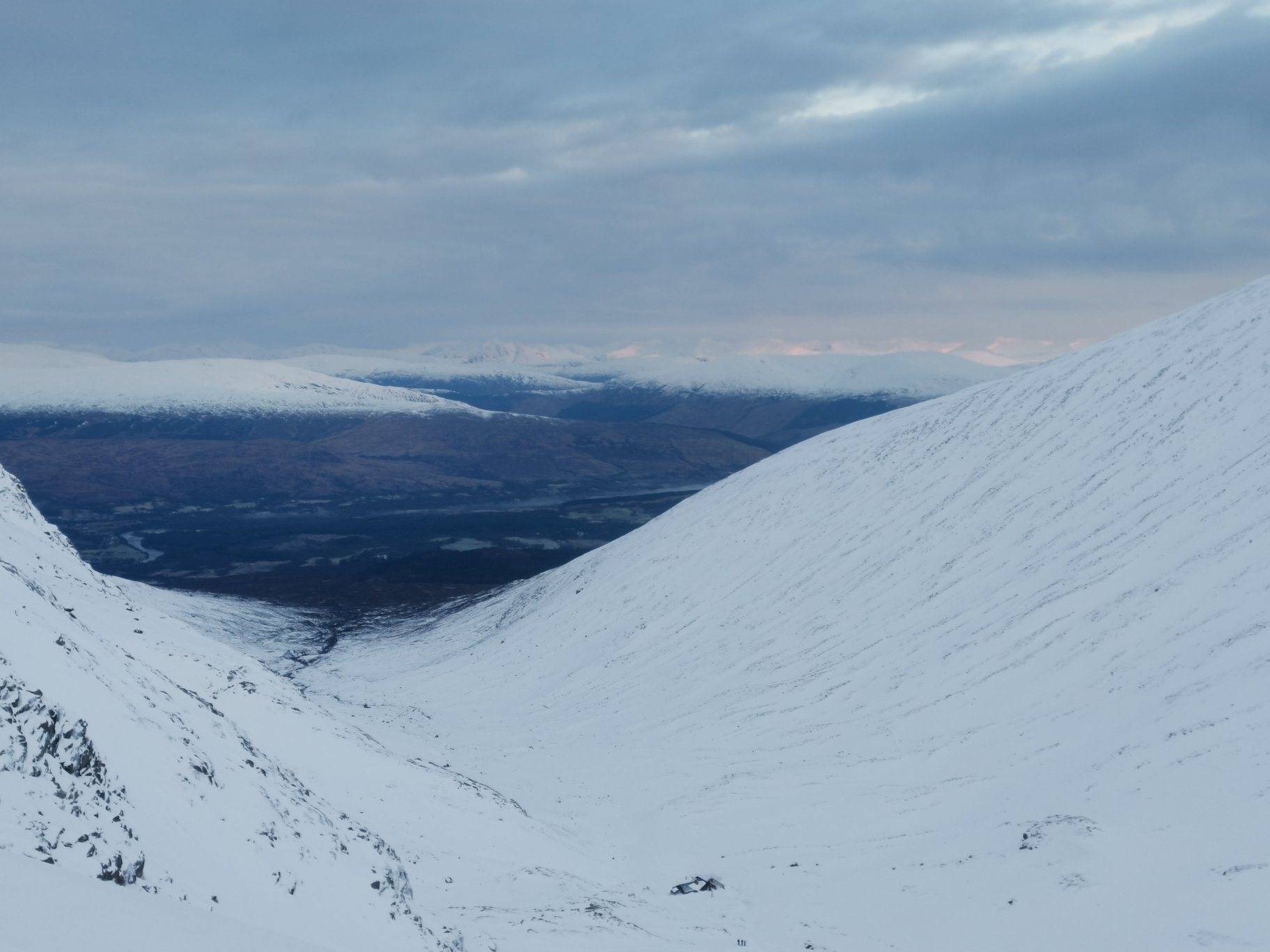 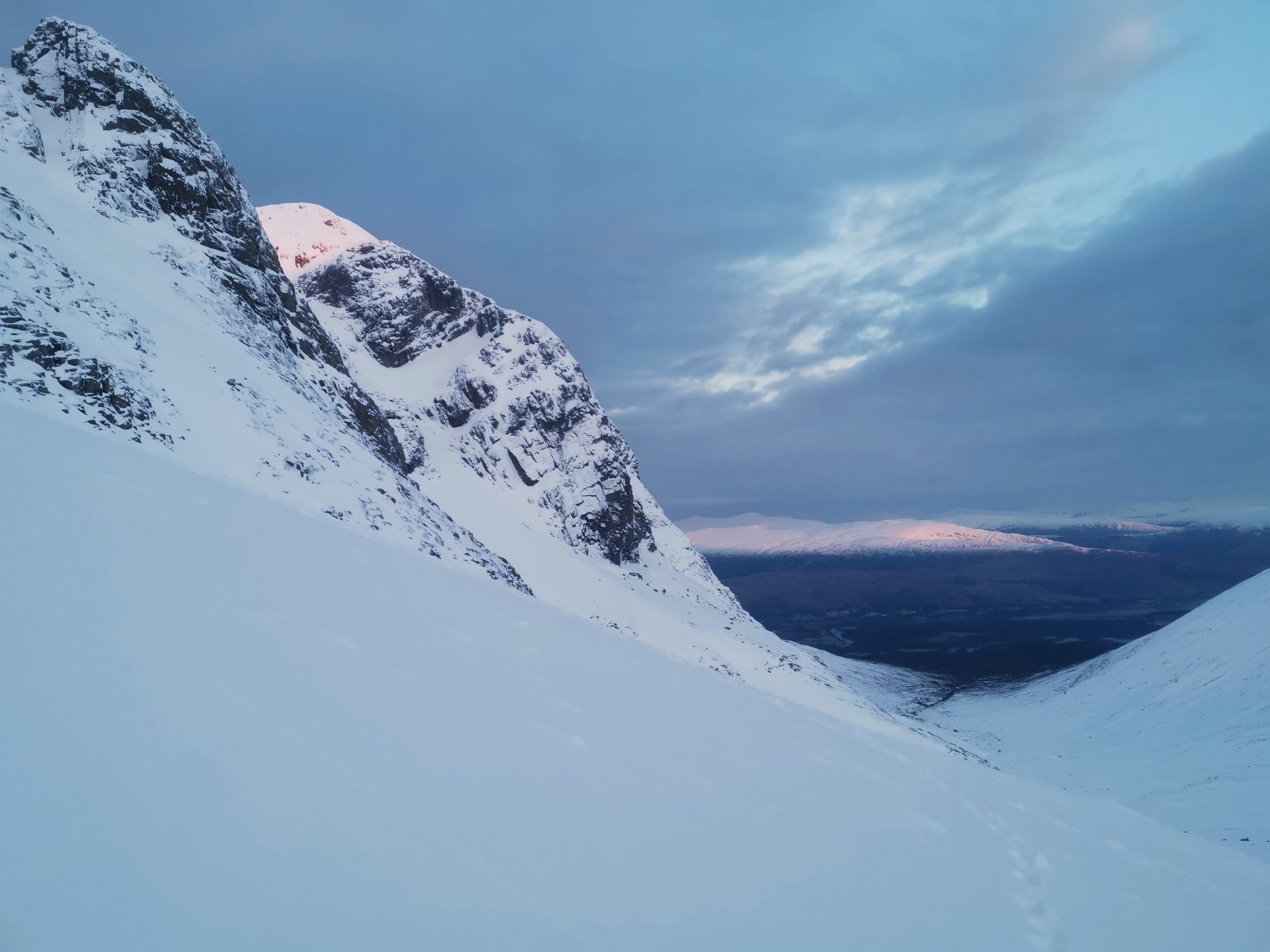 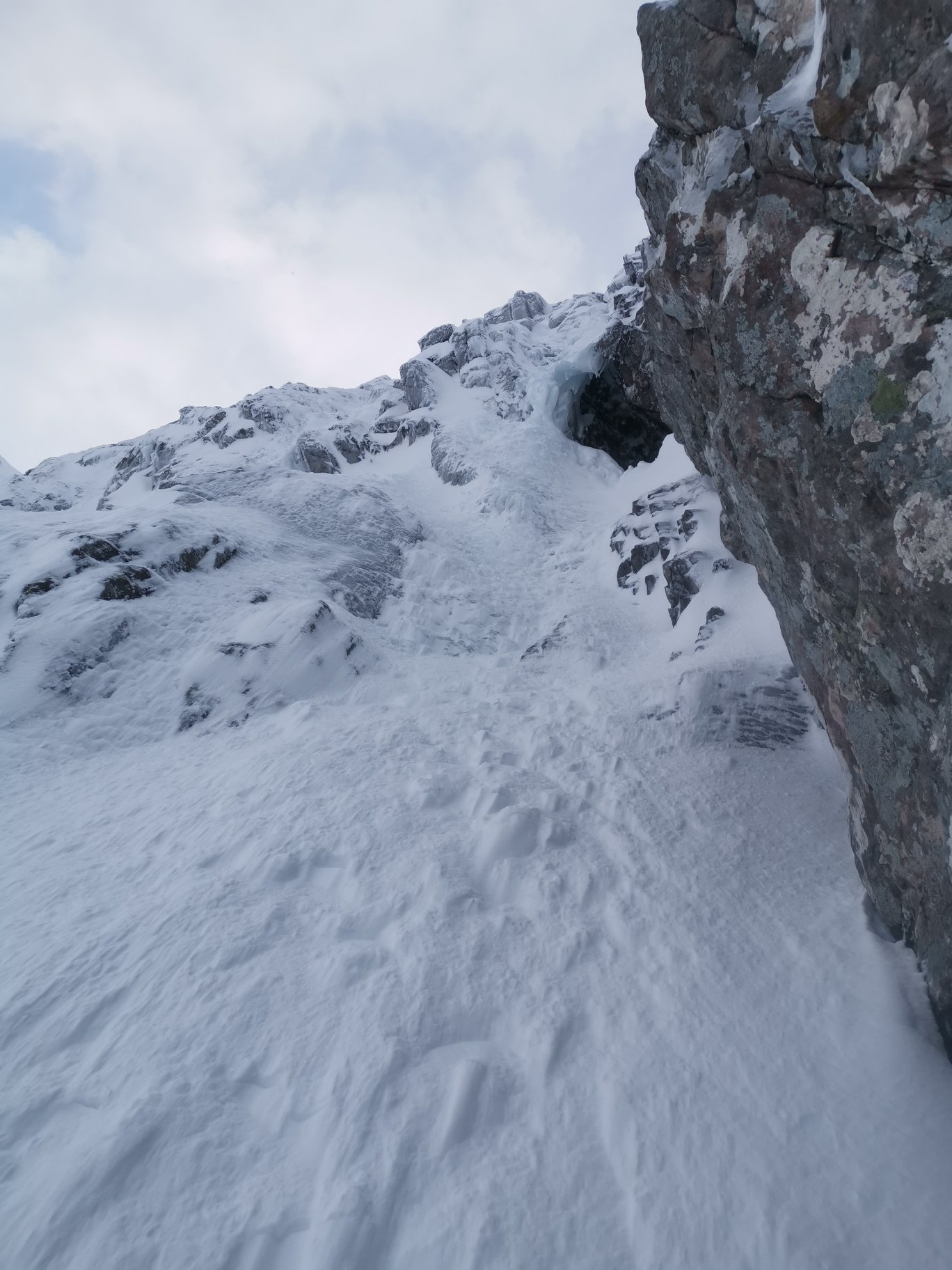 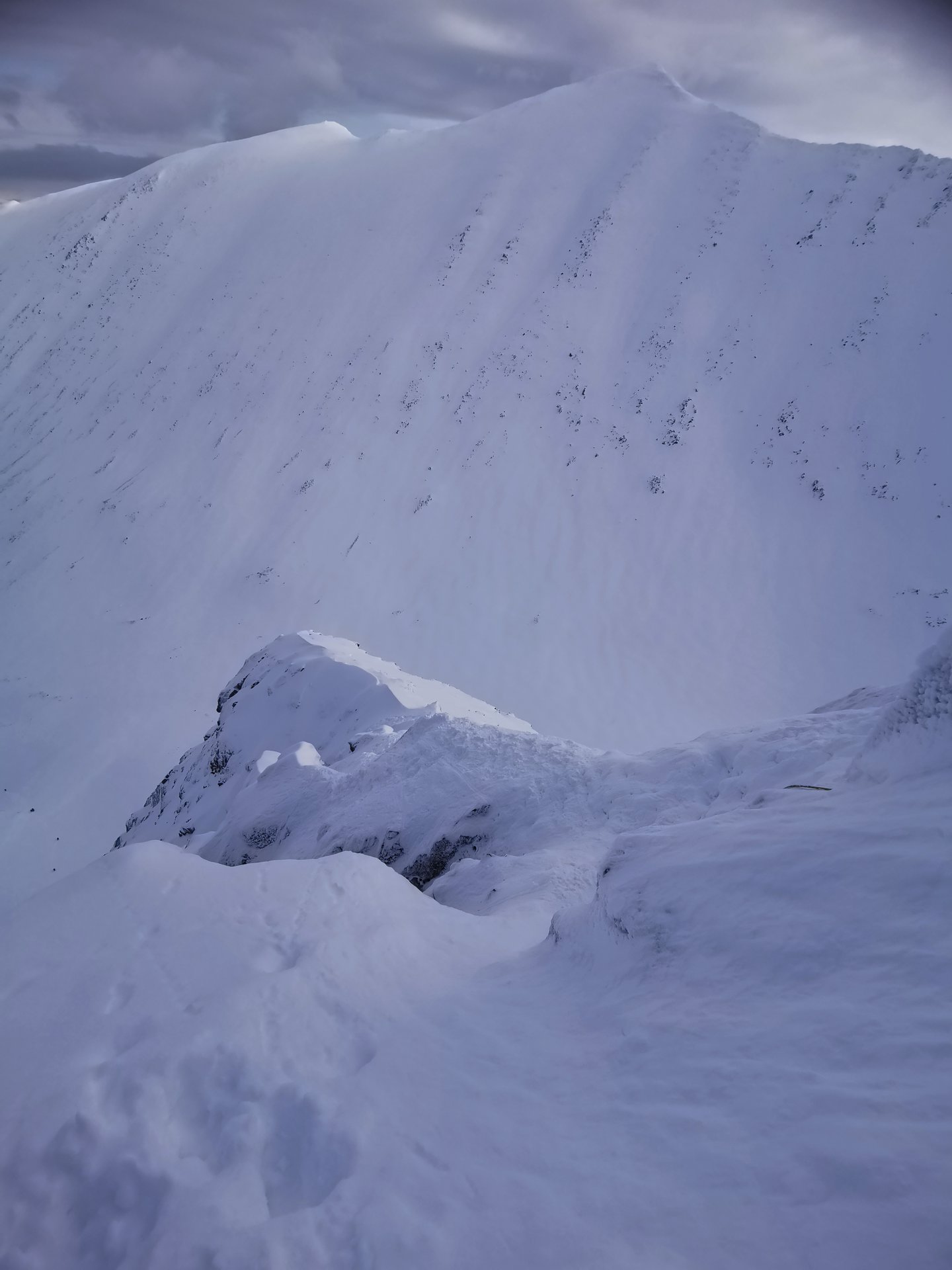 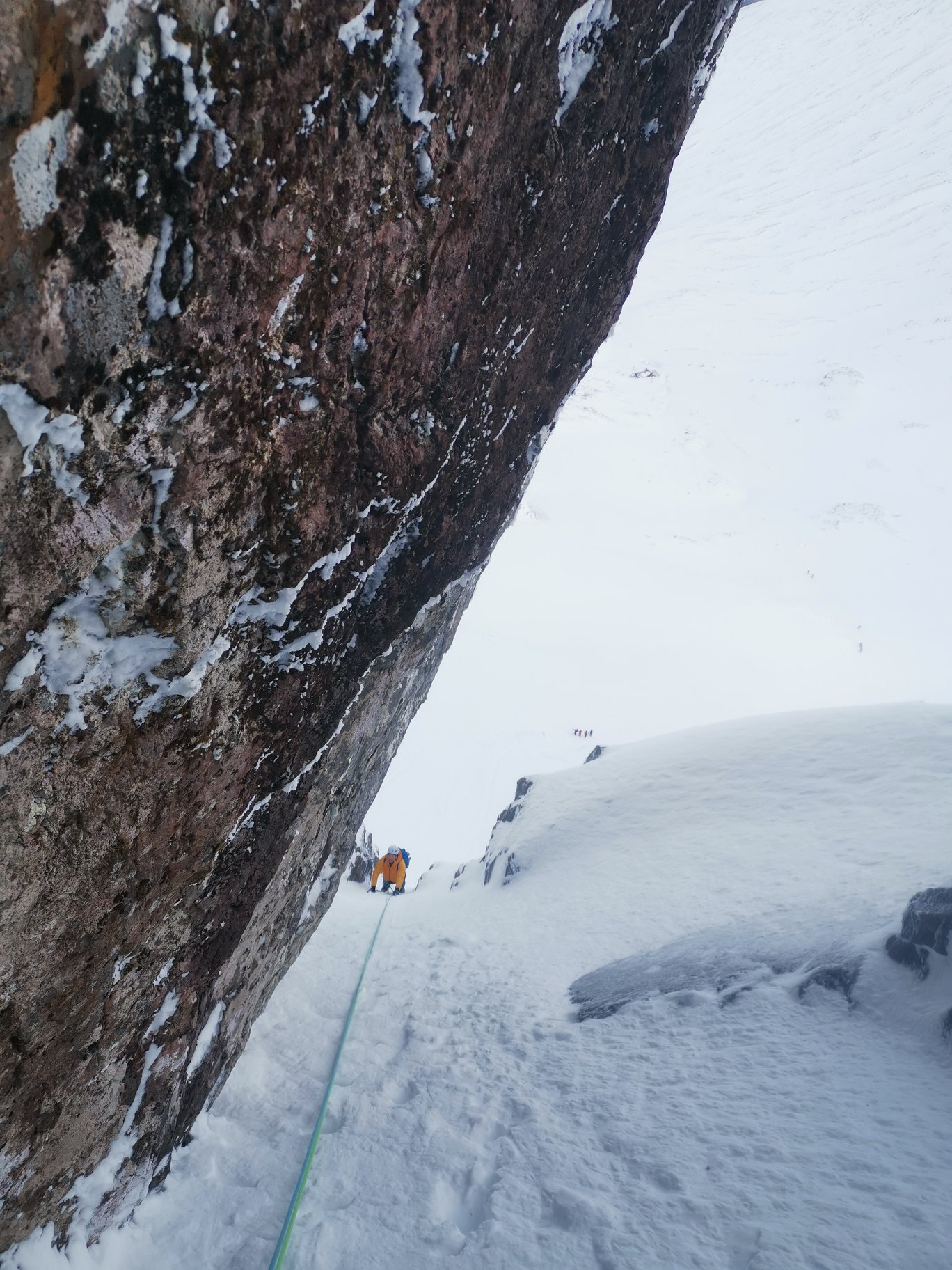 Good conditions on Moonshadow, less so on Innuendo, SCNL
Scroll to top