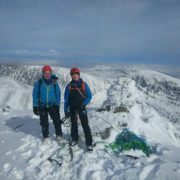 After a couple of days off, I was back out on Ben Nevis today, with Ken & Glenn. Ken and I climbed the SW Ridge a number of years ago, and ever since then, we’ve tried to fit in a day on NE Buttress, but for one reason or another, the opportunity hasn’t materialised, until today.

It was clear when walking in this morning that today was going to be brilliant, with cold, calm conditions, rime on the upper cliffs of the mountain, numerous dribbles of ice and consolidated snow on the approach. In fact, this must be my favourite time of the year in the Highlands, when the days are longer, the mountains quieter and options to either rock or winter climb, as well as ski and bike, oh and before the midges arrive.

There was a track on the approach to NE Buttress, and although there were pillows of windslab about, much of it was avoidable. The route itself had some very useful patches of ice and plenty of consolidated snow, allowing for efficient progress, with plenty of ‘first time’ axe placements. Ken and Glen have climbed a lot over the years, and so found much of the climbing straight forward, although both paused for thought at the Mantrap (completely dry) and 40 Foot Corner (thinly iced, with some useful snow on the ledges). We descended via Coire Leis, which again, with all the snow, was very straight forward. 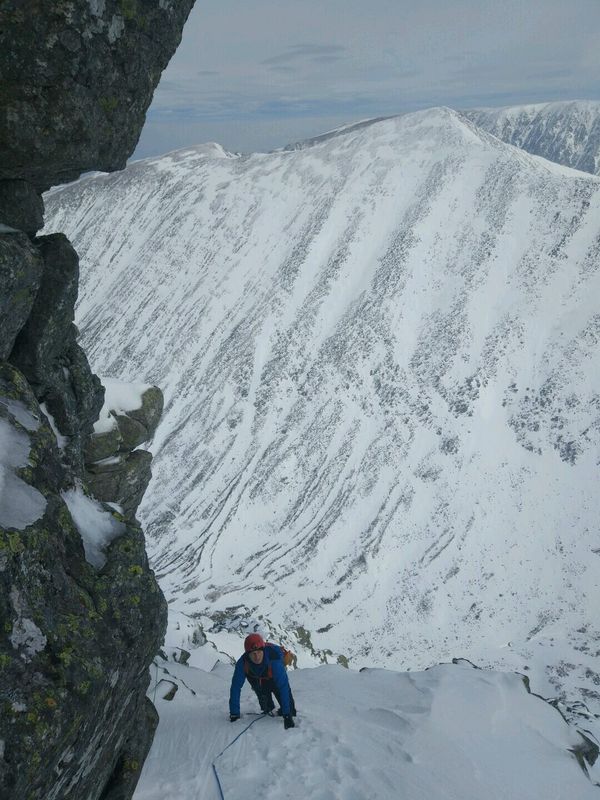 Glenn above the Second Platform 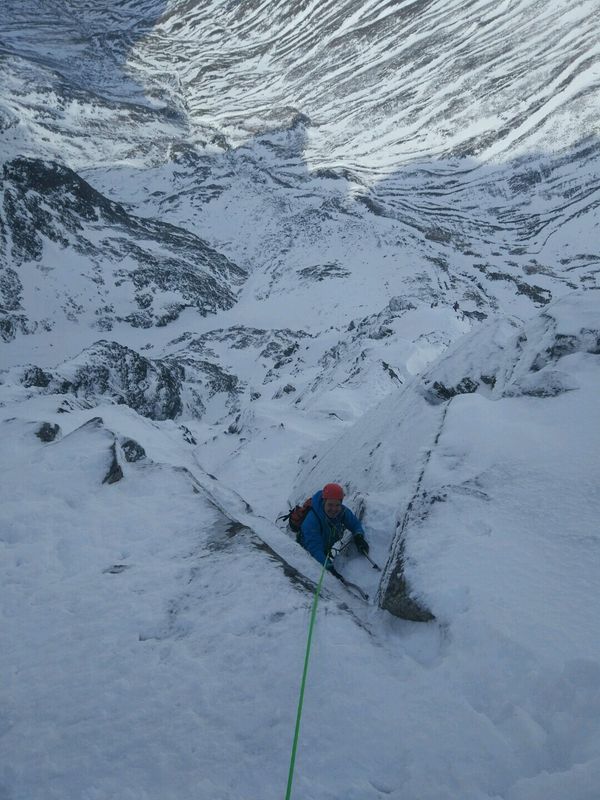 Ken in the 40 Foot Corner

The ice is forming higher up, but it’s still tricky to tell from a distance whether Indicator Wall and Hadrian’s Wall are climbable. Point 5 Gully was climbed, and Smith’s looked ok, if thin. Ditto for Tower Scoop. Plenty of mid-grade routes in Coire na Ciste looked fine from a distance too. The weather this weekend looks very promising, but an early start will prove worthwhile to make the most of the cooler temperatures. 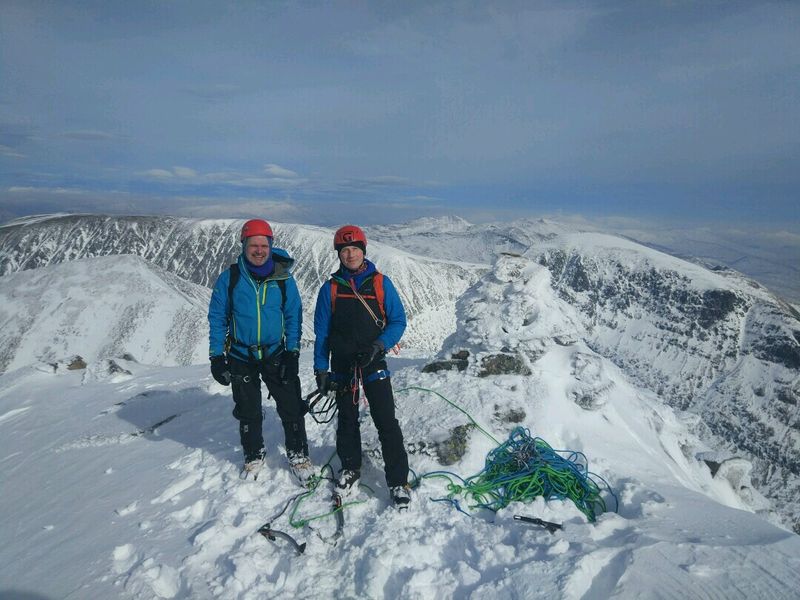 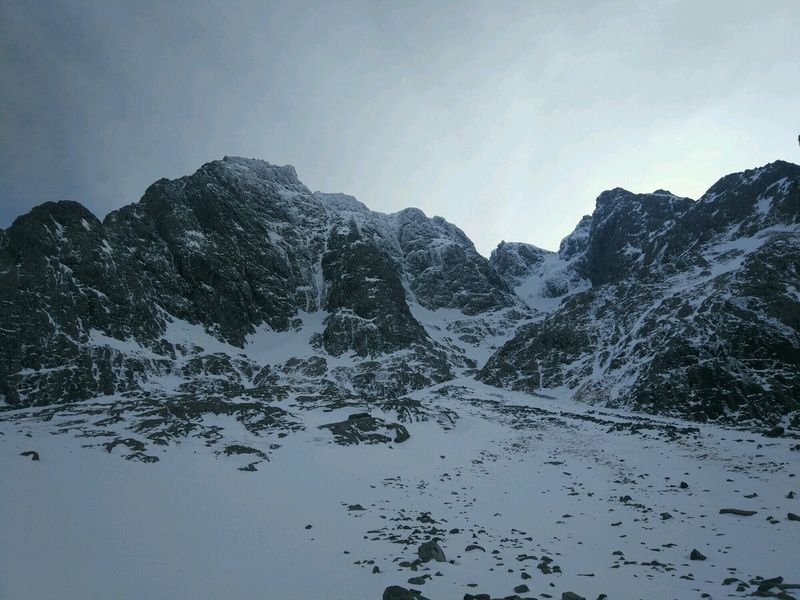 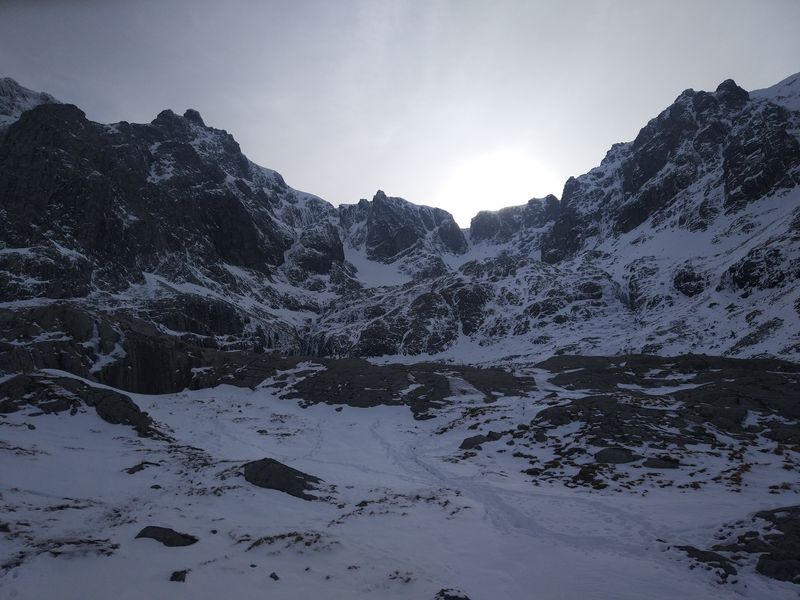 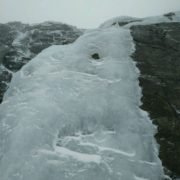 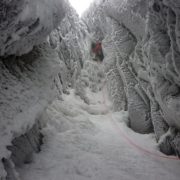 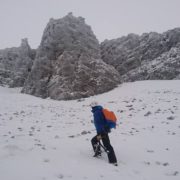