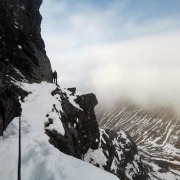 With a bit of a thaw in progress, picking have been a bit slim over the past couple of days, but there are still some excellent adventures to be had, particularly on Ben Nevis.

I've been out with Peter, who has come over from the Netherlands to get stuck into a bit of Scottish winter climbing, so to kick things off, we made an ascent of Thompson's Route yesterday, which was quite lean but frozen enough to give solid axe and crampon placements. We finished off by continuing up the direct finish to No. 3 Gully Buttress and descended the Red Burn, which is in excellent condition at the moment.

Today, we climbed Tower Ridge, which was in 'alpine nick', with quite a bit of bare rock. We put on crampons at the start of the Eastern Traverse, where the snow was noticeably firmer and kept them on for the rest of the ridge. We reached the summit in good time, so went over to the exit of Indicator Wall, where I lowered Peter down a pitch, so he could climb a bit of steeper ice (which we had spied earlier in the day). We then swapped over so I could also climb the ice pitch, which gave a nice 15-20m of grade IV. We then descended No. 4 Gully, which is cornice free and would give an excellent bum-slide! We were very lucky to be above the cloud inversion that Fort William was sitting in.

In terms of conditions, Point 5, Smith's Route and Green Gully will all come into condition fairly quickly once the temperatures drop, which they will this weekend. Hadrian's Wall is a bit too broken and will take a wee while. The main pitches of Indicator Wall are getting there. There is a good amount of snow about, so still everything to play for this season! 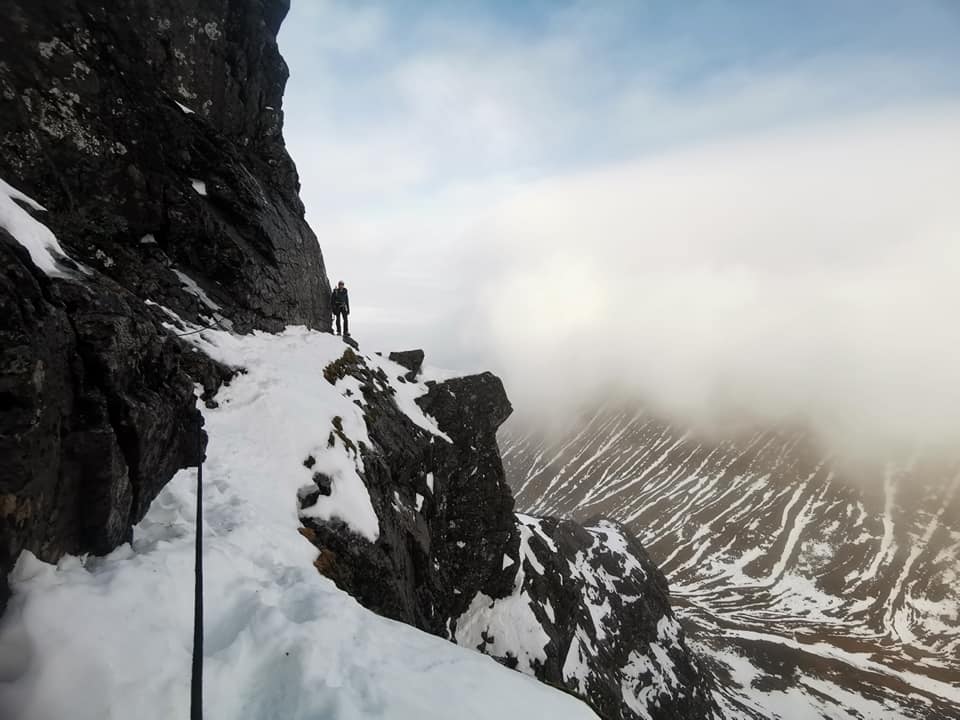 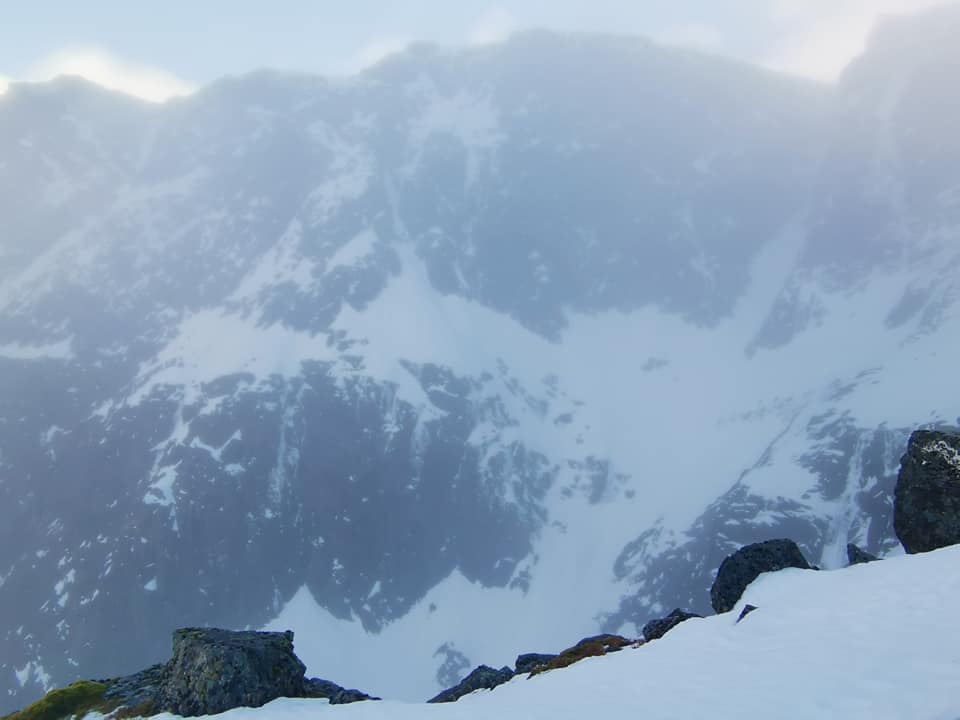 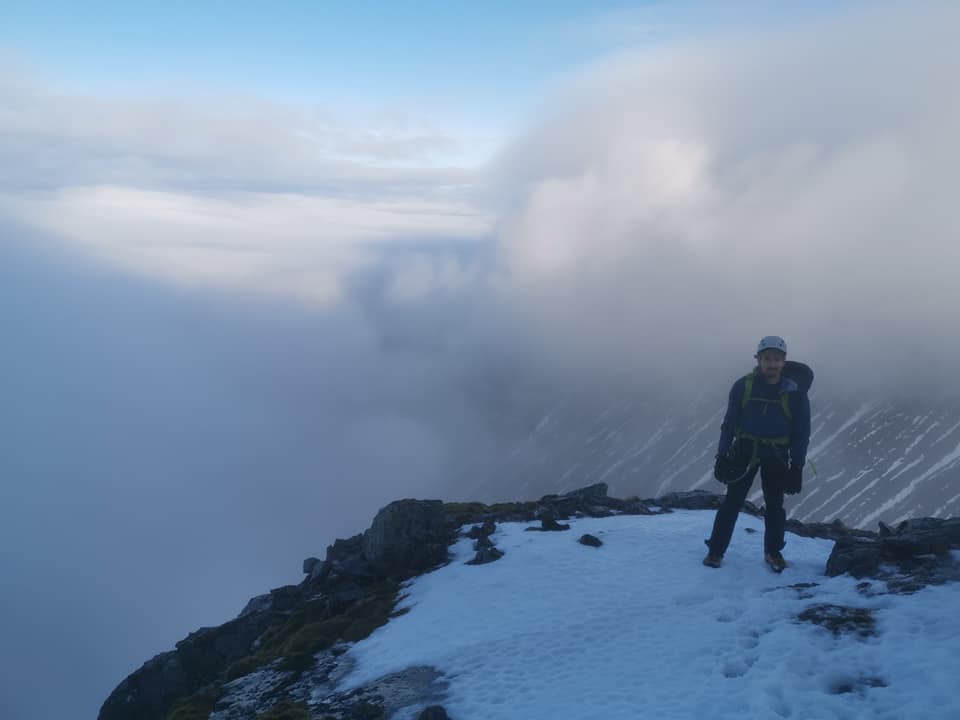 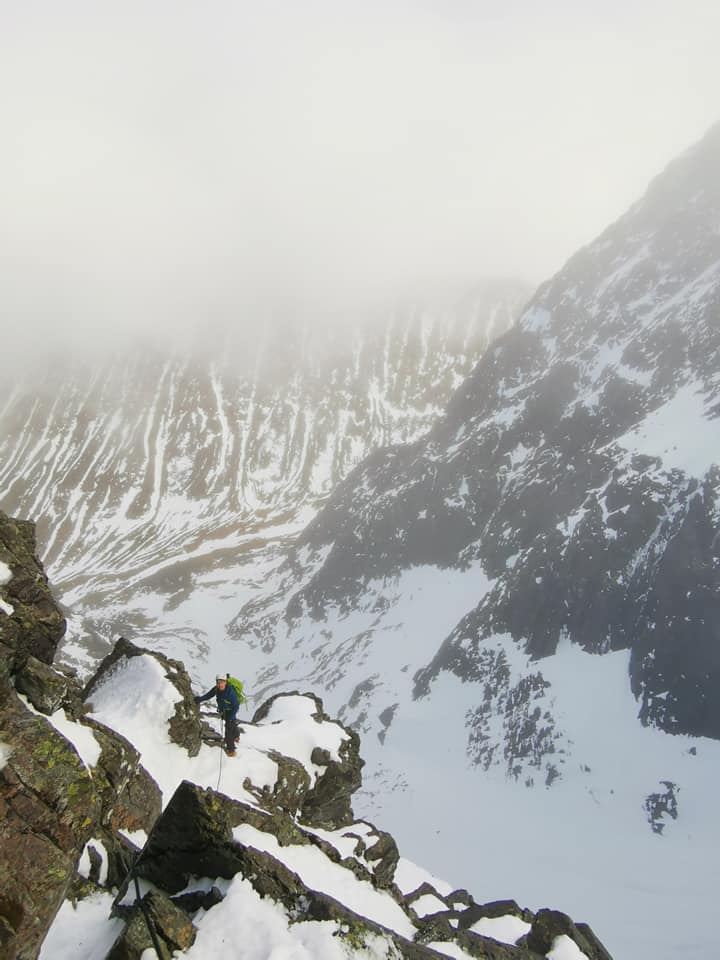 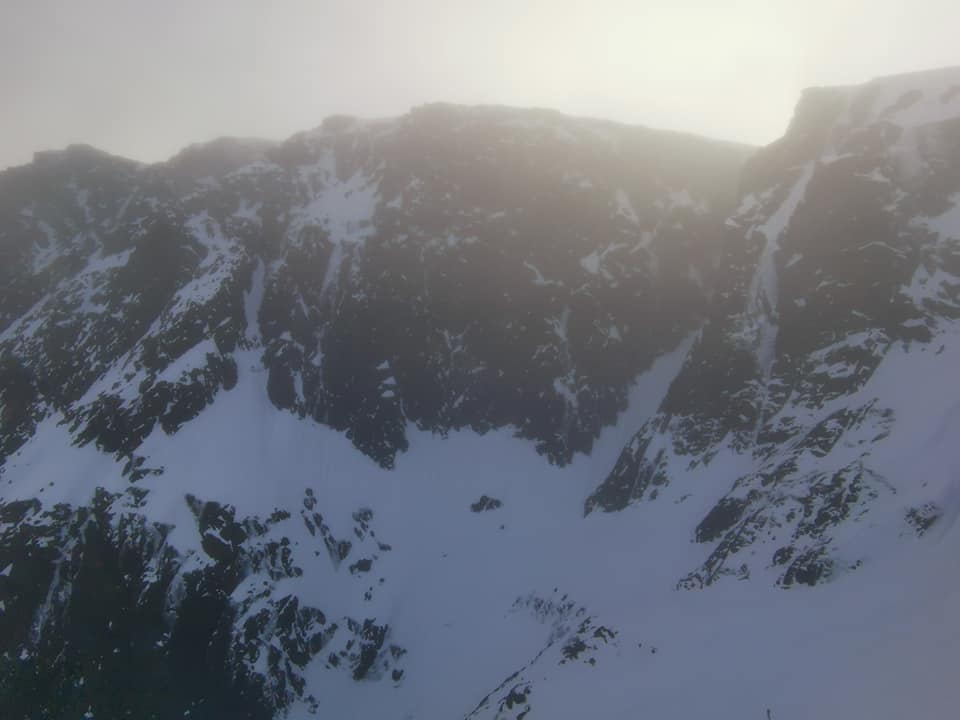 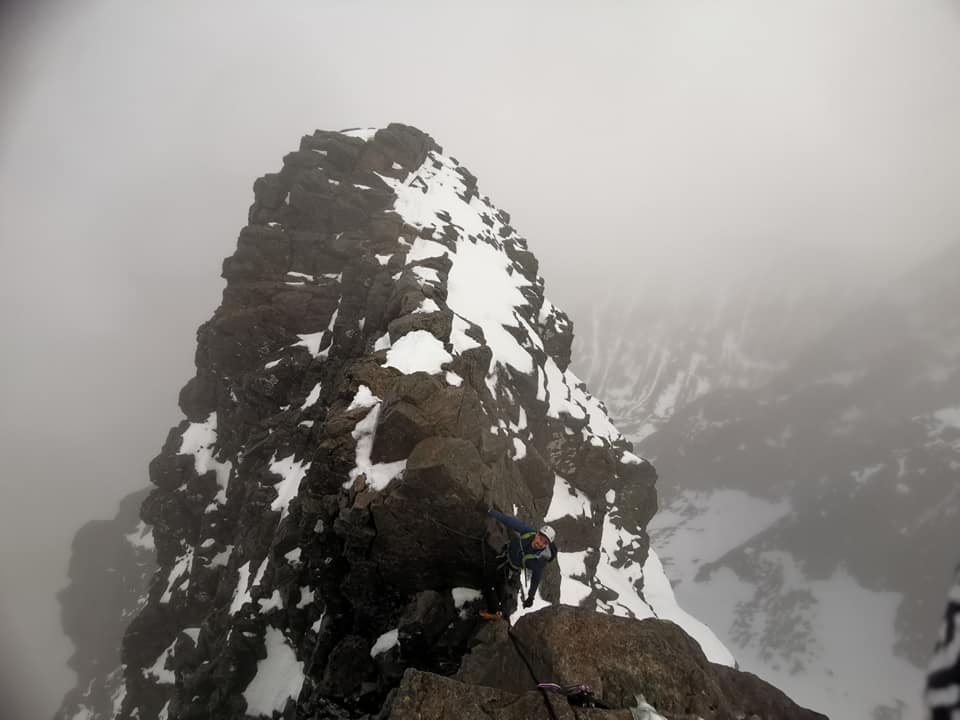 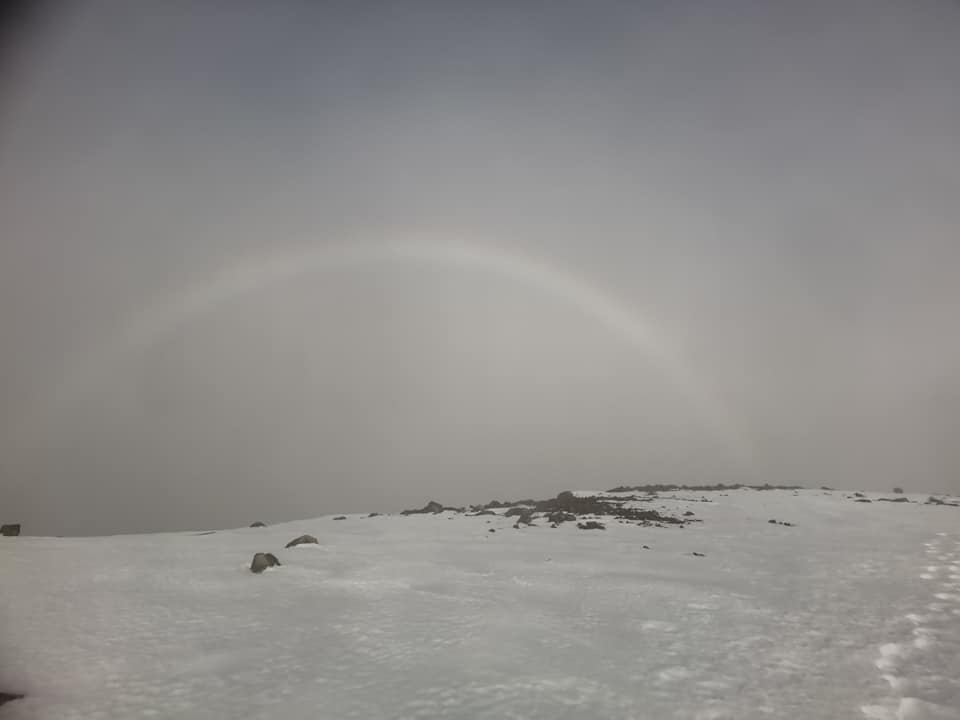 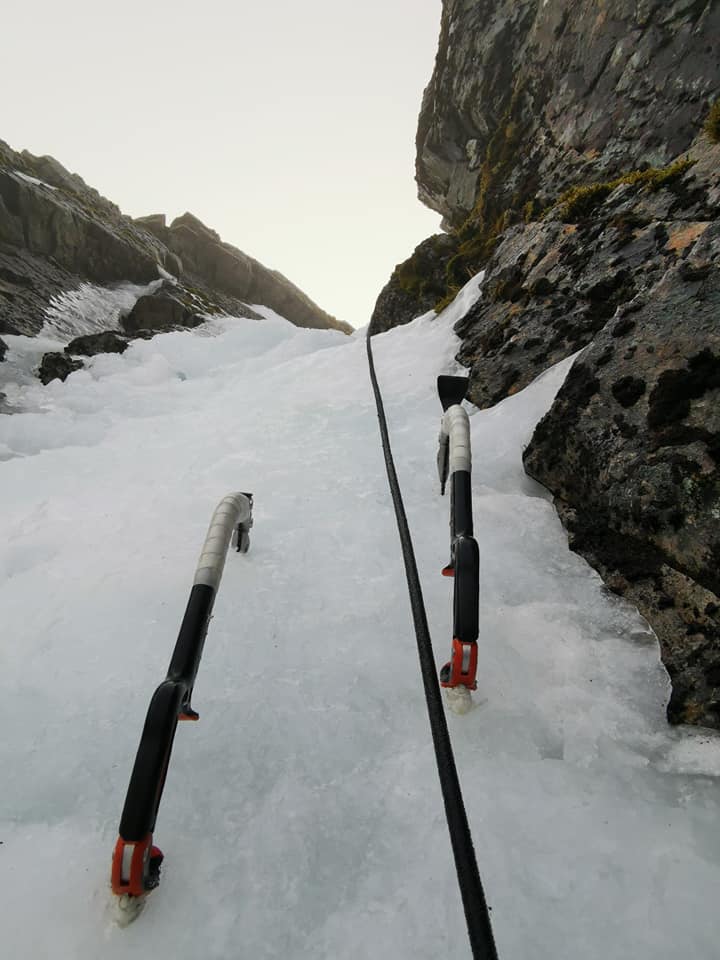 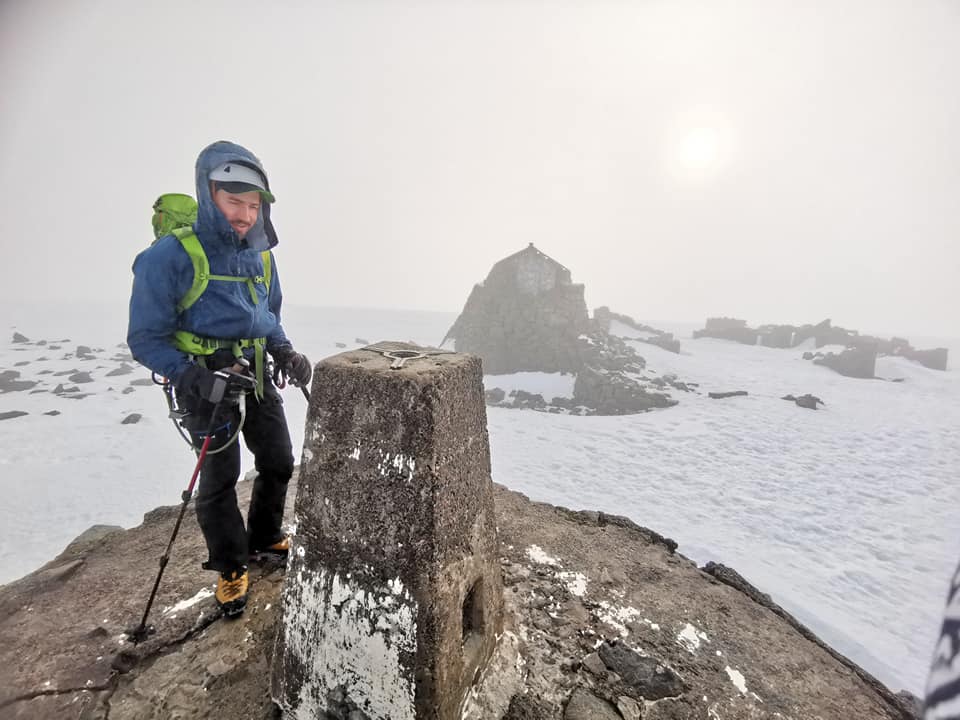 Still quite a bit of snow on North East Buttress, Ben Nevis
Scroll to top