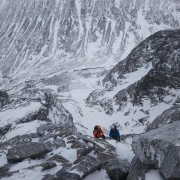 I was back on Ben Nevis today, this time with Stephen and Jardine. Fortunately, things have cooled down quite a bit since I was last up there, on Thursday and with a fresh dusting of snow, things were looking much more wintry. The old snow, which was saturated, has firmed up well, particularly above 900m.

Stephen and Jardine have had Tower Ridge on their bucket list for some time and over the years have put in the mileage on easier routes to set themselves up well for one of the finest ridges in the UK.

We weren't alone, with three other teams all setting off at about the same time. Everyone was climbing well and so progress was fluid. Quite a bit of the snow on the lower half of the ridge had melted away since Wednesday, but there's still plenty left. From the top of the Little Tower, things hadn't been affected quite so much. There was also plenty of rime above 1000m.

Stephen and Jardine both moved well and we found ourselves at the summit of Ben Nevis in good time and made our way down via Ledge Route (and traversing over the top of Moonlight Gully Buttress). We had a look at No. 4 Gully, but it's still got some fairly large cornices above much of it.

A number of teams were also enjoying this latest cold spell, with teams on Comb Gully, Green Gully and around Two-Step Corner. All of these routes will be much leaner than usual, so don't expect them to be easy at the moment. We could also see the West Face and summit plateau of Aonach Mor, both of which are very bare now. 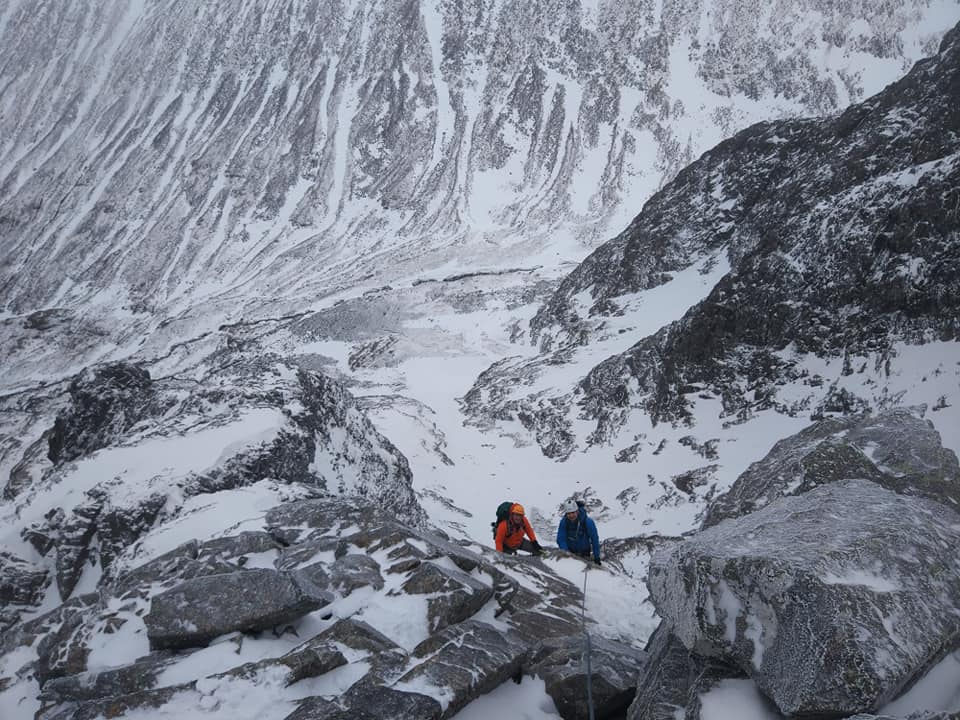 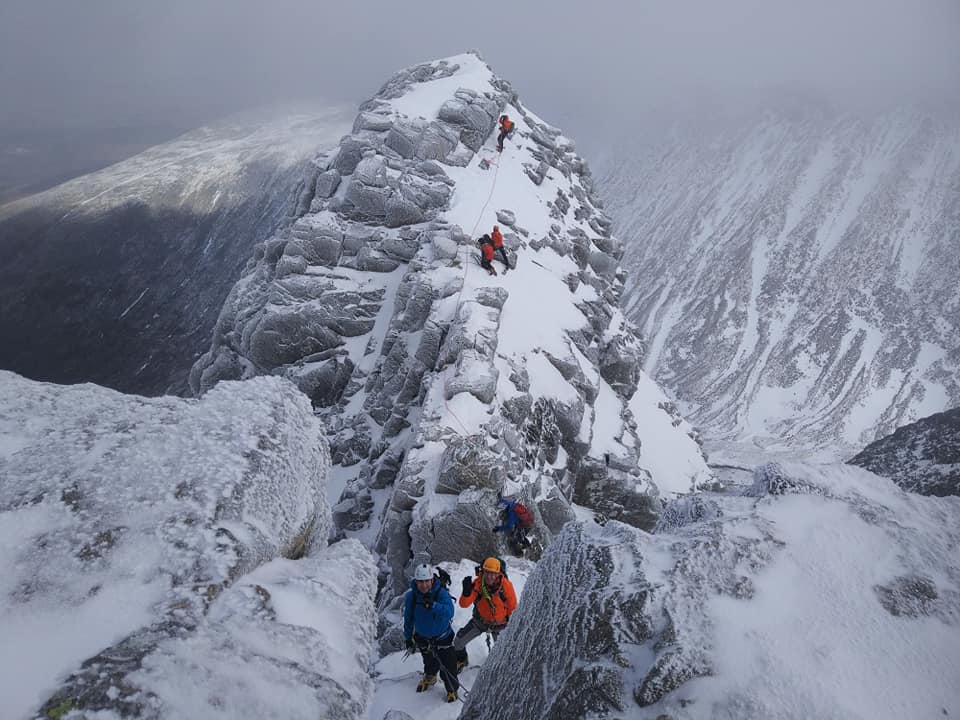 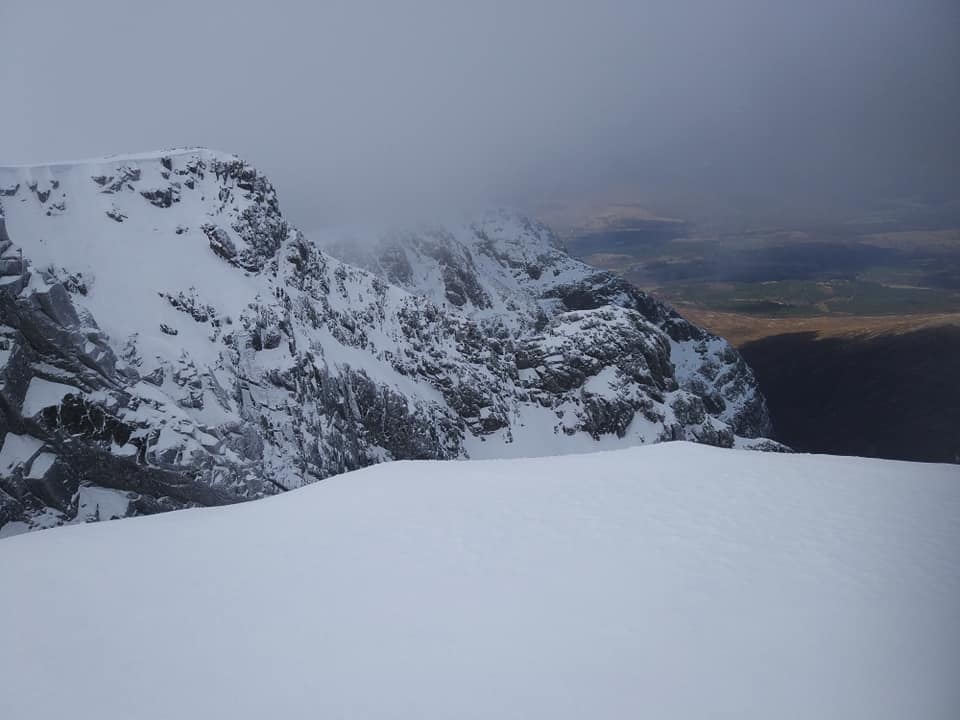 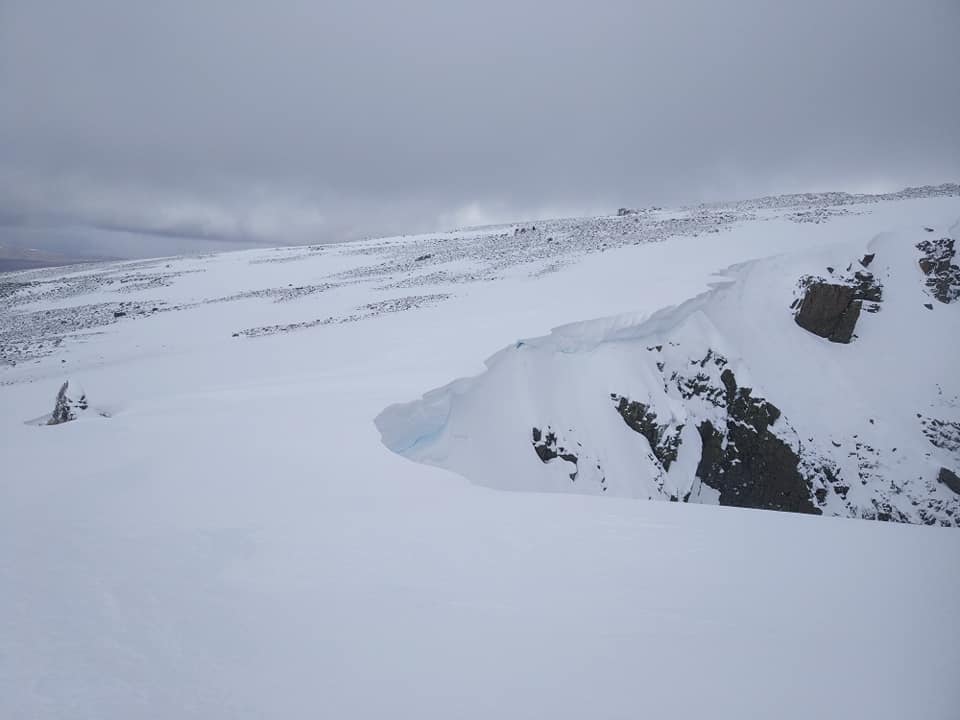 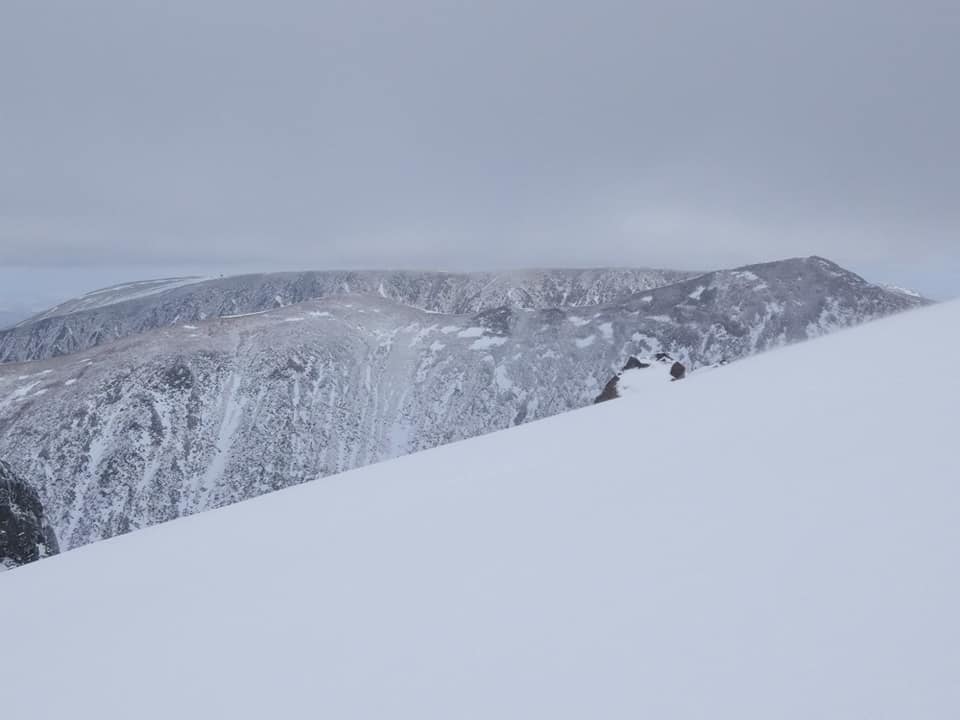 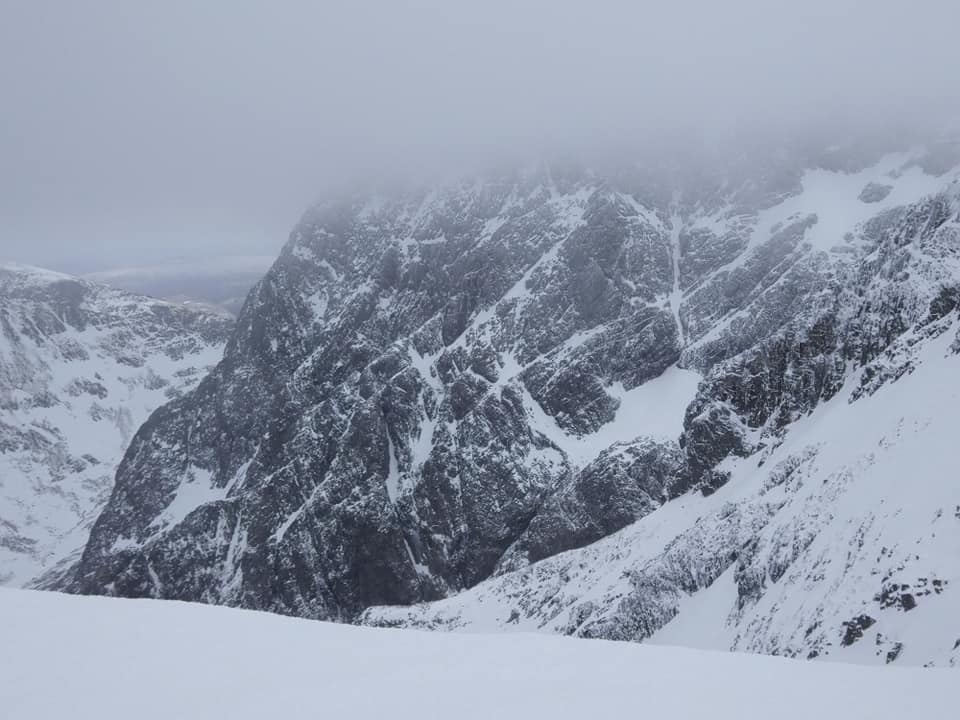 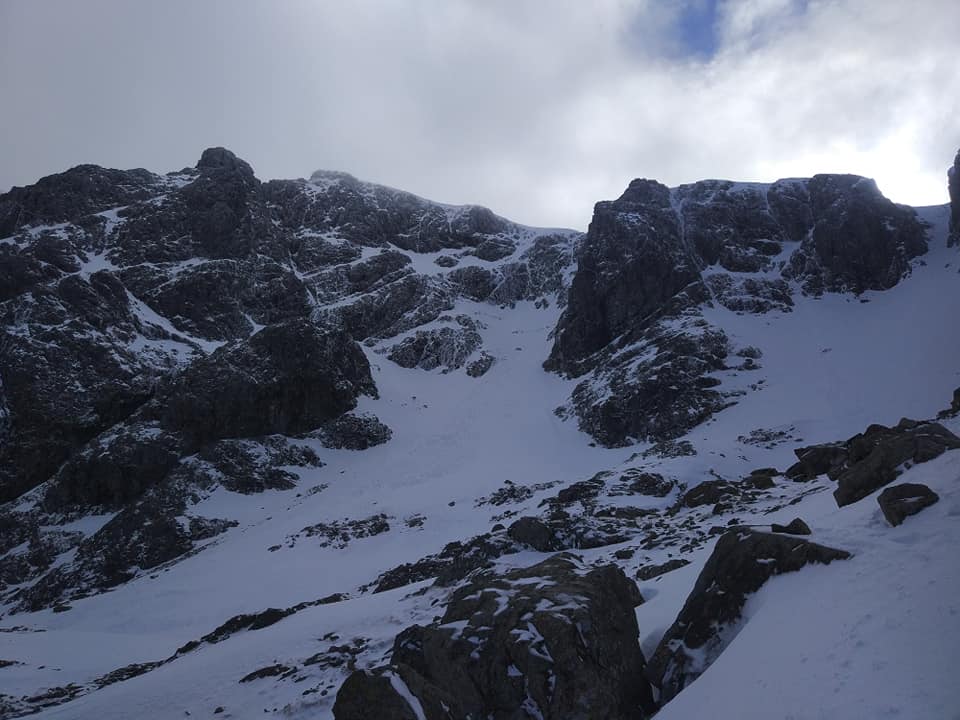 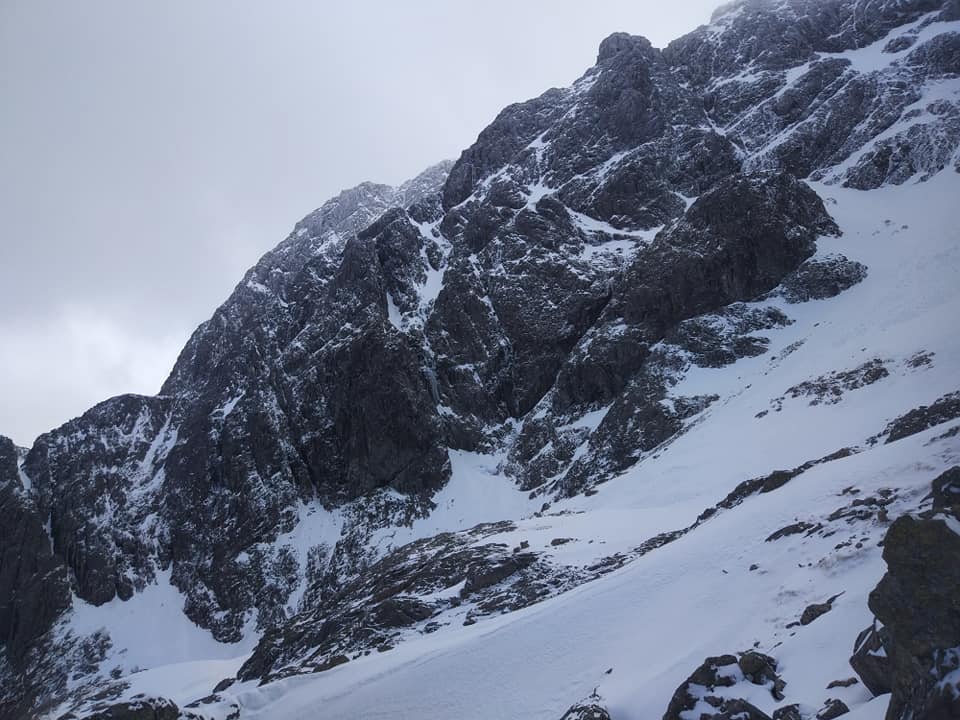